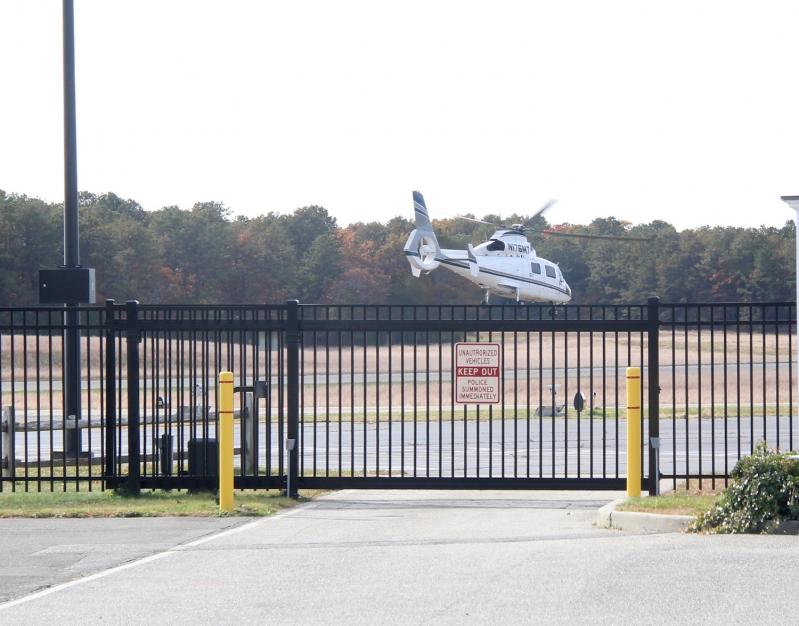 With the looming closure of East Hampton Airport and a plan to open a new one as a private-use facility with restrictions on flight activity, a provider of medical helicopters and fixed-wing air ambulance services has written to Town Supervisor Peter Van Scoyoc to express its "extreme concern" about the plan.

"Although we are capable of landing off airport within proximity to the local hospitals, an airport provides enhanced safety with invaluable infrastructure/fuel, weather reporting, and instrument approaches for inclement weather," Mr. Grimes wrote. "This allows for greater flexibility and enhances our capabilities/safety." Closure of the airport "would adversely impact the health and safety of our community."

The East Hampton Town Board voted unanimously last month to permanently "close" the airport in its current model on Feb. 28 and reopen it as a private-use airport on March 4. The expiration in September of federal grant assurances returned control of the airport to the town. After March 4, the airport would be subject to local control on what the Federal Aviation Administration calls a prior-permission-required framework, under which advance clearance is required before a pilot may use the airport. The board has promised to implement substantive restrictions before the summer season.

The F.A.A. subsequently warned the town that it could take around two years to restore the airport's current capability if it is deactivated. The town board disagrees with, and was critical of, the F.A.A.'s assertion.

Mr. Van Scoyoc said on Feb. 3 that if the town were forced to do so, it could "maintain a visual-flight-rule-only, uncontrolled airport" if the F.A.A. will not approve the airport's existing tower or procedures it plans to put in place.

Operating as a visual-flight-rule-only facility, as opposed to instrument-flight-rule operations — the latter key to flying during inclement weather — would eliminate "the essential utility it provides to the community," Mr. Grimes said, "limiting access in weather conditions that frequently prevail on the eastern end of Long Island, crippling our capability to serve the area, and impeding our ability to save lives."

Global Medical Response "strongly" advocates East Hampton Airport's continued operations with instrument approaches and other capabilities now in place, Mr. Grimes said. "Maintaining open access to the East Hampton Airport provides a vital health resource to the citizens of the Town of East Hampton and in neighboring locations." He offered the assistance of the group and its partnering hospital, Northwell Health, "to find optimal solutions for preserving this valuable community resource."

"Medevac flights occur, most often, close to where the severe trauma patient is," he said, "and there are a number of sites throughout the town designated for that purpose." He emphasized that the town's intention is to have all instrument approaches available "and have controlled airspace, eventually, in the new airport. We are working through all of those things with the F.A.A."

The town, he added, "spent over a decade trying to get aviators to address the issue." At every step, he said, the town was "thwarted by the F.A.A. and aviators. Now it's time for us to exert our control over the airport, and I think ultimately it will be the most likely successful path toward balancing the interests" of users of the airport and residents who have long complained about a surge in air traffic, particularly of helicopters and large jets, and their impact on quality of life and the environment. "Not everybody is going to be happy about that," the supervisor said, but if a balance cannot be struck between the competing interests, "pressure to close it" — permanently — "will continue to increase."

The Eastern Region Helicopter Council also weighed in on the letter from Global Medical Response. "Despite warnings, the Town of East Hampton's decision to close the East Hampton Airport is raising serious alarms," Loren Riegelhaupt, a spokesman for the council, said in a statement to The Star. "The town must stop flying down this path or they risk preventing emergency medical providers — our frontline heroes — from administering life-saving medical care to their residents."