Order comes on heels of a homeowners’ lawsuit 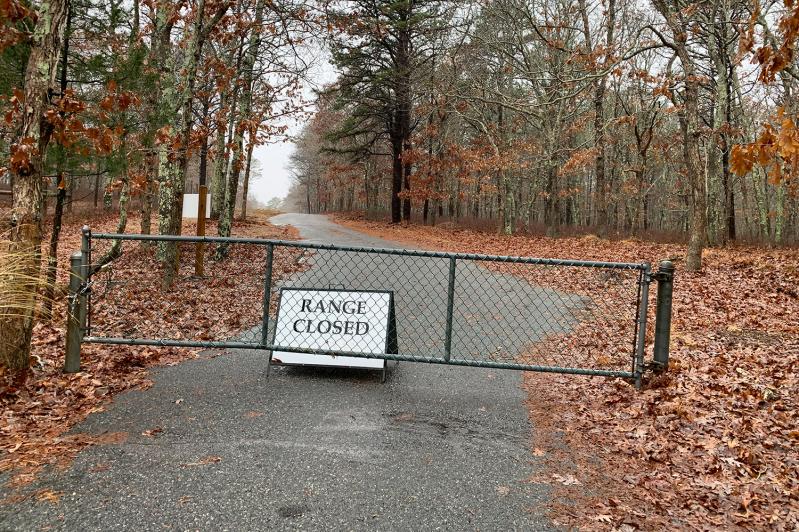 The Maidstone Gun Club is off limits to members as of Friday while an investigation of bullets hitting houses takes place.
Durell Godfrey
By Christine Sampson

At the 12-second mark of a short YouTube video taken from backyard surveillance footage at a Merchants Path house in August, the sharp crack of a rifle shot rings out. As workers duck for cover, a bullet strikes the house.

That video clip is one piece of evidence included in a lawsuit filed on Nov. 29 by seven homeowners who live near the Maidstone Gun Club, which as of Friday has been temporarily shuttered by order of a State Supreme Court judge while an investigation takes place.

Court filings show that Justice Christopher Modelewski acted swiftly in response to the lawsuit. The seven plaintiffs have either found bullets on their property or discovered that their houses had been struck by errant bullets, which they allege have come from the gun club.

The YouTube video “sums up our position with crystal clarity. The court certainly found it persuasive,” said James Catterson, a partner in the New York City law firm Pillsbury Winthrop Shaw Pittman, one of the attorneys representing the Wainscott homeowners.

Prior to filing suit, as the privately operated gun club sought to renew its 30-year lease, due to expire in October 2023, the plaintiffs appealed to the East Hampton Town Board for relief. They have also aired their concerns to the Wainscott Citizens Advisory Committee.

The lawsuit states that “homes in the vicinity of the gun club are constantly at risk of and are actually being struck by errant bullets.” Since 2004, the homeowners have documented at least eight incidents, either of bullets striking their houses or discovering bullets on their properties — most recently last month.

In a 14-page complaint, they assert that “the gun club does not employ any permanent staff to supervise the facilities or perform environmental remediation of lead. The electronic gates at the entrance of the gun club are often left open, allowing anyone to easily access and use the facilities.” They also allege that “despite the obvious danger and repeated police investigations, neither the town nor the gun club have made any changes to prevent errant bullets from endangering surrounding residents and homes.” They also cite concerns over toxic lead from bullets impacting the water supply.

Prior to Justice Modelewski’s restraining order, Mr. Catterson said, “We were contacted by [the gun club’s] insurance carrier, so they were well aware of [the lawsuit] and elected not to appear” in court.

Before Justice Modelewski took on the case, it had been assigned to Justice Linda Kevins. Justice Kevins, who was elected on the Conservative Party ticket, recused herself a day after the suit was filed.

Reached by phone on Tuesday, Walter Johnson, president of the Maidstone Gun Club, said his attorneys have advised him not to comment on the case.

John Jilnicki, an attorney for East Hampton Town, did not respond to a phone call and email seeking comment, but in an interview in August, he told The Star that “there are some issues the town would like to look at” when considering the renewal of the gun club’s lease.

The lawsuit seeks permanent closure of the gun club, along with unspecified damages for “physical damage to the properties and emotional distress to the individual plaintiffs.”

In March, the Maidstone Gun Club filed notice with the town that it wanted to renew its lease, which dates back to May 1983. Ten years after it was first signed, the gun club and the town renegotiated and extended it through Oct. 31, 2023, with the town granting the club more time in exchange for its return of some acreage for a new radio tower.

The subject of the lease renewal has, to some degree, divided Wainscott residents. During meetings of the hamlet’s citizens advisory committee in August, September, and October, some speakers stressed the neighbors’ safety and environmental risks; others cited the history of the gun club as a place for locals to enjoy recreational shooting and for police officers to train with firearms. The topic is again on the agenda at 9 a.m. Saturday for the committee’s next meeting.