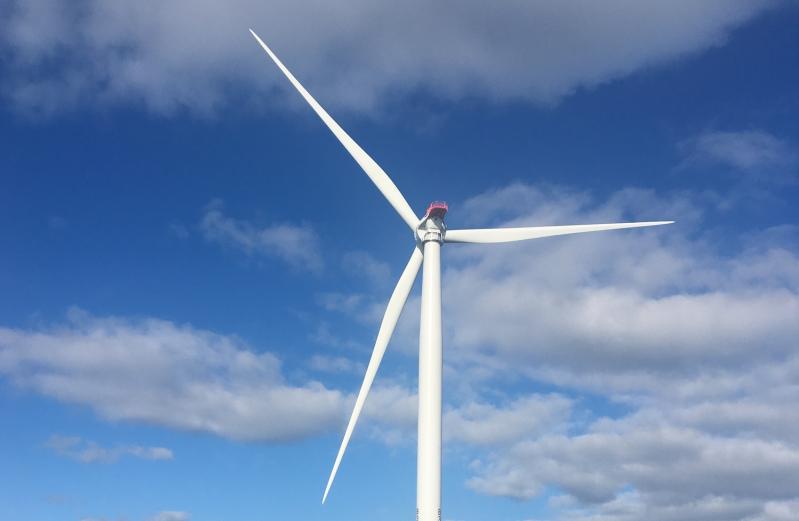 Development of wind farms in the vast area to be leased would mean a significant step toward the goal of 9 gigawatts of offshore wind by 2035, as set in the state’s Climate Leadership and Community Protection Act of 2019.
Dai Dayton
By Christopher Walsh

The federal Bureau of Ocean Energy Management has announced a Feb. 23 auction for six lease areas totaling 488,000 acres in the New York Bight, a portion of the Atlantic Ocean off New York and New Jersey, for wind development.

The lease sale has the potential to generate between 5.6 and 7 gigawatts of renewable energy, sufficient to power almost two million residences, according to a Jan. 12 announcement by Gov. Kathy Hochul.

The announcement, made by Secretary of the Interior Deb Haaland with Ms. Hochul and New Jersey Gov. Phil Murphy, also included a plan for a coordinated offshore wind supply chain effort between BOEM and the two states.

BOEM, after soliciting information and nominations for 1.735 million acres and reviewing data and comments from the commercial fishing industry, reduced the acreage to be leased by 72 percent to avoid conflicts with other interested parties and minimize environmental impacts. The bureau completed its environmental review of the wind energy areas in the New York Bight in December, issuing a finding of no significant environmental impact.

The collaboration between the two states and BOEM is to serve as a model for future actions and establish the United States as a major player in the global offshore wind market, according to a statement by the governor. The auction is to include lease stipulations designed to promote the development of a robust domestic supply chain for offshore wind and enhance engagement with tribes, the commercial fishing industry, other ocean users, and underserved communities. Stipulations include incentives to source major components domestically, such as blades, turbines, and foundations, and to enter into labor agreements to ensure that projects are union-built.

Separately, on Friday the governor announced the finalization of contracts between the State Energy Research and Development Authority and two large offshore wind farms, Empire Wind and Beacon Wind, which will power the state grid. In remarks at the Port of Albany, she spoke of the creation of 5,200 jobs and a $20 million investment in job training for the growing offshore wind sector.

“This is what the future looks like for our green energy economy and how we’re going to protect this fragile planet that’s been entrusted to us for the time that we live on this planet,” she said.

Free Car Seat Checks in Southampton
Battle of the Books, and More Fun for Teens
This Week's Happenings in Montauk
END_OF_DOCUMENT_TOKEN_TO_BE_REPLACED