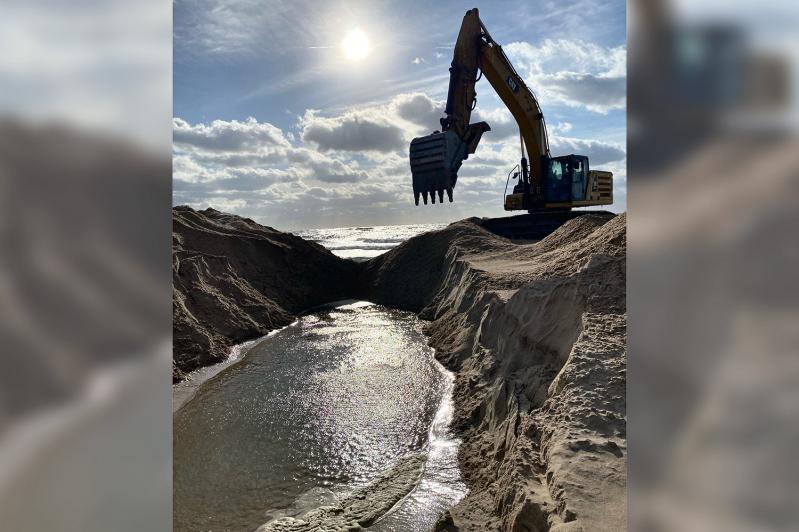 The East Hampton Town Trustees opened Georgica Pond to the ocean yesterday in advance of their annual dredging of sand at the mouth of the pond.
Jim Grimes
By Christopher Walsh

Heavy machinery appearing this week at the parking lot of the ocean beach at the end of Beach Lane in Wainscott is not related to construction of the South Fork Wind farm, the onshore portion of which is to begin this month.

Rather, the equipment is for the East Hampton Town Trustees’ annual dredging of sand at the mouth of Georgica Pond. The trustees opened the pond yesterday in preparation for the dredging project. The heavy machinery to facilitate the work is to follow.