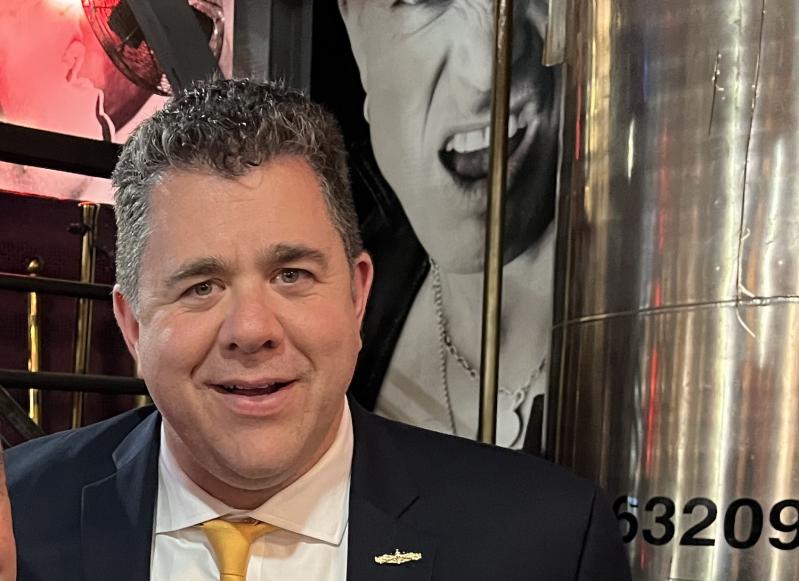 After a night of suspense for voters on the South Fork, Nicholas LaLota, the Republican and Conservative Party nominee to represent New York’s First Congressional District, is the apparent winner of the race to succeed Representative Lee Zeldin, the four-term congressman who ran for governor of New York on the Republican and Conservative Party lines.

Should the outcome be certified, the Republican Party will hold the seat that Mr. Zeldin wrested from the Democrat Tim Bishop, who served six terms. Mr. Zeldin lost his bid for governor, which is covered separately in this issue.

Votes cast during the early voting period, Oct. 29 through Sunday, were to be tallied and made public after Tuesday’s 9 p.m. close of polling stations. They were scanned as they were received, a Board of Elections official told The Star on Tuesday, but would not be tallied until after the polls closed.

“I made a lot of bipartisan promises on this campaign, and I’d like to think our victory can prove that there is a way to maintain one’s conservative ideology while also working across the aisle to benefit Long Islanders,” Mr. LaLota said in a statement issued at 2 a.m. yesterday. “When I’m sworn in on January 3rd, I’ll work with the new Republican House majority to bring responsible and transparent government back to Washington.”

While the Republican Party appeared poised to gain a majority in the House of Representatives, that was not conclusively known as of yesterday. Democrats at present hold a thin 220-to-212 majority in the House (there are three vacancies). Several races remained too close to call yesterday, but pundits’ predictions of a Republican wave did not materialize. Several candidates endorsed by former President Trump were the apparent losers in their respective contests.

In her own statement yesterday, Ms. Fleming congratulated her opponent. “We focused on issues that are critically important to Long Islanders,” she said. “Our fight continues, and the most important work lies ahead of us. The challenges facing our nation and Long Island communities are daunting. We must not back down from the fight to defend the freedoms that make our great country a rich, resilient, and generous nation. And our history teaches us that when Americans work together, we can overcome anything.”

According to unofficial results from the Board of Elections as of yesterday morning, Mr. Thiele, the Democratic Party candidate, led his Republican and Conservative Party challenger with 28,441 votes, or 54.71 percent, to Mr. Ganley’s 23,475 votes, or 45.16 percent, with all 87 districts reporting. The Board of Elections sent 7,599 absentee ballots to voters in the district, and 5,228 had been received as of Monday.

As of yesterday morning, with 208 of 211 districts reporting, Mr. Palumbo, the Republican and Conservative candidate, led Mr. Johnson, the Democratic and Working Families candidate, with 71,752 votes, or 56.39 percent, to Mr. Johnson’s 55,362 votes, or 43.51 percent, according to unofficial results. The Board of Elections sent 15,449 absentee ballots to voters in the State Senate district, and 10,538 had been returned as of Monday.

In other races that East Hampton voters weighed in on, United States Senator Charles Schumer, a Democrat, easily held off Joe Pinion, his Republican challenger. With 13,065 of 14,296 election districts reporting, unofficial results from the State Board of Elections had Mr. Schumer with 55.01 percent of the vote to Mr. Pinion’s 42.58 percent. Diane Sare, an independent candidate, won .45 percent of the vote.

In the campaign for Suffolk County clerk, Vincent Puleo, the Republican and Conservative candidate, was comfortably ahead of Lisa Jimenez, a Democrat, by 58.97 percent to 40.91 percent with 1,042 of 1,058 election districts reporting. The county’s Republican and Conservative Parties did not back the longtime incumbent, Judith Pascale, who sought re-election, instead endorsing Mr. Puleo.