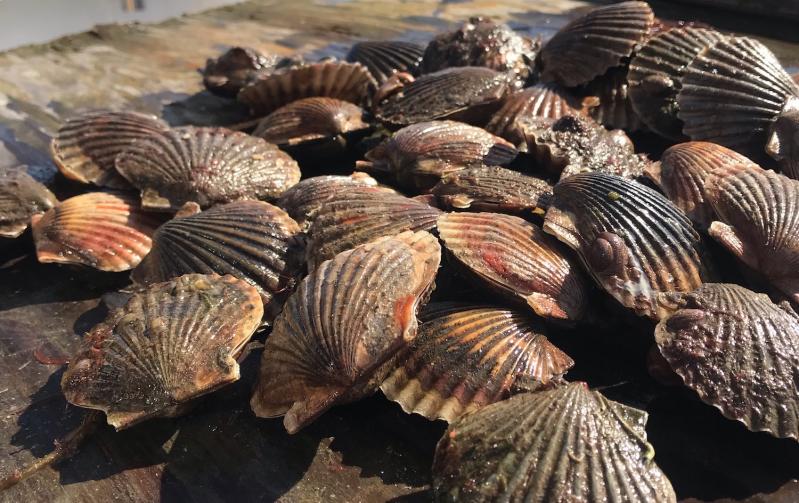 At their Monday meeting, the East Hampton Town Trustees set Nov. 13 at sunrise as the opening of waters under their jurisdiction to the harvesting of bay scallops.

Though there may not be many scallops in town waters this year, residents holding a shellfish permit can continue to harvest them until sunset on March 31, 2023.

New York State waters open on the first Monday in November, which falls this year on Nov. 7. Town code allows for the taking of scallops from trustee waters between the third Monday in October and March 31 of the following year, but the trustees have traditionally opened their waterways shortly after the opening of state waters, to allow additional time for the mollusks to spawn.

The trustees have set the Sunday following the opening of state waters as the local opening date in recent years, giving recreational harvesters the opportunity to dig for scallops. They mulled a 13-day lag between the opening of state and trustee waters at their Oct. 14 meeting, but settled on a six-day difference on Monday.

John Aldred told his colleagues that Tim Treadwell, the town’s senior harbormaster, preferred a shorter span between the opening of state and trustee waters. That would shrink the window for the potential poaching of scallops before residents can legally harvest them.

For the fourth year in a row, there has been a significant die-off of mature scallops in local waters. The harvest is again expected to be disappointing. But "state waters are very active,” said Bill Taylor, deputy clerk of the trustees, during the Oct. 14 meeting.

The trustees also heard from Dylan Cashin on Monday. Ms. Cashin is an East Hampton High School junior who wants their permission to install a line of about 20 feet in the waters off Lazy Point in Amagansett, near the boat ramp, to grow sugar kelp. The proposed line, with buoys at either end, would be close to shore for easy access, Ms. Cashin explained, and remain in the water from January to around May.

The trustees were agreeable, but Mr. Aldred said a local permit should be conditioned on any other required permits -- and that the permitting process is “a little unclear.”

Suffolk County, which leases 10-acre parcels in Peconic Bay and Gardiner’s Bay for commercial farming under its Shellfish Aquaculture Lease Program, “is allowing sugar kelp culture on its shellfish leases in the bay,” Mr. Aldred said, “but there’s no real process in place yet for permitting.”

As January is just a couple of months away, the trustees told Ms. Cashin that they would revisit the matter soon.

“You have our support,” said Francis Bock, the trustees’ clerk.