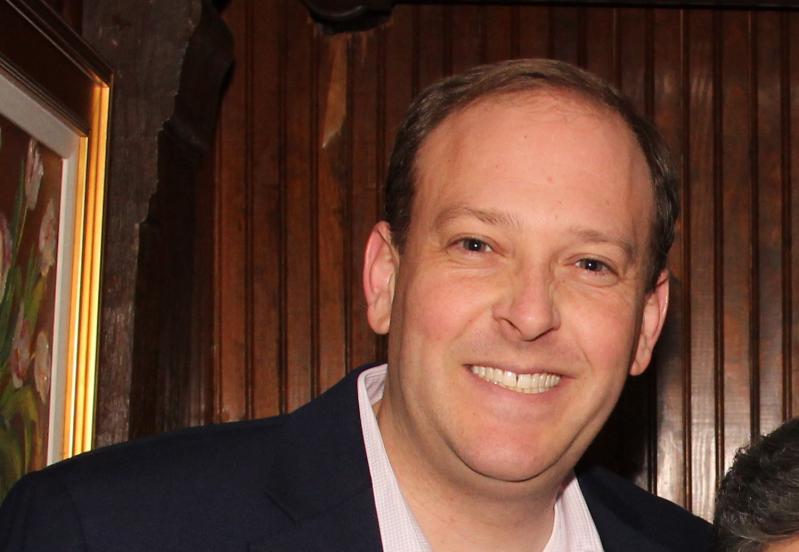 Representative Lee Zeldin of New York's First Congressional District, who is seeking the Republican Party's nomination for governor of New York, disclosed on Saturday that has been treated for chronic myeloid leukemia.

A type of cancer, chronic myeloid leukemia starts in the blood-forming cells of the bone marrow and invades the blood, according to the American Cancer Society. About 15 percent of leukemias in adults are chronic myeloid leukemia. The society estimates that around 9,110 new cases will be diagnosed in 2021, with around 1,220 people dying of it. It primarily affects adults, with the average age at diagnosis around 64 years. Mr. Zeldin is 41.

In a statement, Mr. Zeldin, a former state senator who is serving his fourth term in the House of Representatives, said that he had been diagnosed in November 2020. "I then began treatment with an immediately positive response and no side effects," he said. "Over the last nine months, I have achieved complete remission, am expected to live a normal life, and my doctor says I currently have no evidence of this disease in my system."

Mr. Zeldin described his current state of health as "phenomenal" and said that he is continuing to campaign throughout the state. "At no point have we slowed down at all," he said, adding that he had not missed Army Reserve duty as a result of his diagnosis.

In the statement, Jeffrey Vacirca of New York Cancer and Blood Specialists is quoted as seconding Mr. Zeldin's upbeat report of his treatment and prognosis, adding that "successfully treated early chronic myeloid leukemia is now a chronic disease, which carries a normal life expectancy." Mr. Zeldin, Dr. Vacirca said, is "incredibly healthy, is expected to enjoy a normal life, and has no evidence of disease."

The statement on Saturday followed Mr. Zeldin's appearance as keynote speaker at the Ontario County Republican Committee's Constitution Day dinner in Geneva, N.Y., on Friday. The New York Times reported that he had told those attending the dinner of his diagnosis "partly because the Ontario County party chairwoman, Trisha Turner, had been facing her own health crises." The Times also reported that a former state assemblyman "recalled Mr. Zeldin saying he had wanted to make sure that he had his illness under control before he began campaigning earlier this year." Mr. Zeldin announced his campaign for governor in April.

Katie Vincentz, a spokeswoman for Mr. Zeldin's campaign, did not respond to an email seeking additional information.

Mr. Zeldin, who unseated Representative Tim Bishop in 2014, was easily re-elected in November, holding off a challenge from Nancy Goroff, a chemist at Stony Brook University, with 55 to 45 percent of the vote.

One of former President Trump's most enthusiastic supporters throughout his term, Mr. Zeldin faced calls for his resignation in the wake of the Jan. 6 insurrection at the United States Capitol.