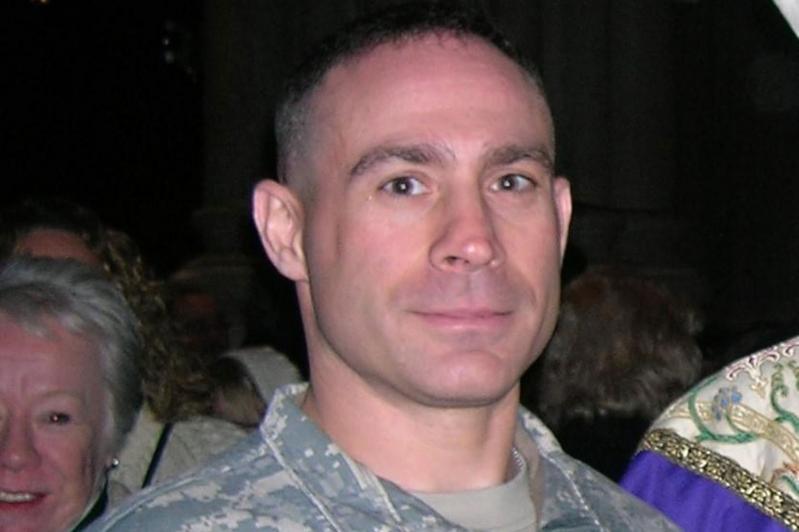 Robert Cornicelli is a veteran of the Navy and Army.
Courtesy photo
By Christine Sampson

Robert Cornicelli, a Republican and 100-percent service-connected disabled veteran who is an advocate for veterans and the developmentally disabled, has announced that he is seeking the G.O.P. nomination for the First Congressional District seat.

"I'm sick of sitting on the sidelines watching politicians play to special interests and not give a damn about you or me," Mr. Cornicelli said in an Aug. 7 Facebook post. "I'm in this race to make sure every voice is heard and to look out for the little guy. . . . Together we'll take back control and make sure our voices are heard!"

The seat is held by Lee Zeldin, a Republican who appears to be the G.O.P. candidate of choice for governor of New York. Two Democrats, Bridget Fleming and Kara Hahn, both Suffolk County legislators, are vying for their party's nomination for Congress.

Mr. Cornicelli served for eight years in the Navy, and at age 32, following the terrorist attacks of Sept. 11, 2001, he enlisted in the Army. He served in Kuwait. He retired from the service in 2017 as a captain.

He works for the Town of Oyster Bay in Nassau County as a supervisor of Department of Public Works inspectors. He is the founder of the Veteran Recovery Coalition, which raises money for meals and collects clothing for homeless veterans, builds ramps and facilitates home and auto repairs for wounded veterans, and more. Mr. Cornicelli has also organized fund-raisers for the Developmental Disabilities Institute, serving disabled children and young adults.

His ideas for legislation include a bill to establish paid recovery days for veterans who need to take time off from their civilian jobs to receive service-related medical treatment, and he wants to create a law establishing a three-foot perimeter of space around police officers who are interacting with people in the field.

"It's to protect police officers and those around police officers," Mr. Cornicelli said. "No more phones in their faces, no more spitting. When you get into those three feet, the closer you get, the less reaction time a police officer has. If we create a barrier, there will be less problems with interactions. You feel safe, they feel safe. We need to realize we all need some space -- we're all human beings."

He said he supports loosening restrictions on fishing and shellfishing and wants to help Long Island "build up industries."

Mr. Cornicelli is a dedicated supporter of Mr. Zeldin. "When he talks, it's coming from in here -- the heart," he said of the congressman. "I like his approach."

He said he would like to bring a "military approach" to political leadership here while limiting "government overreach."

He said that if elected, he would not take a congressional salary along with his pension in retirement from the work force. "I will donate half my pension to homeless and substance-dependent veterans and the other half to developmental disability institutes," he said.

Mr. Cornicelli said he is politically aligned with conservative and libertarian ideals while supporting some social programs. "People who need help need help, but part of that should be helping them get on their feet."

He lives in St. James with his wife, Cynthia Cornicelli, and two children, ages 6 and 10. He said he will be at Patrizia's restaurant in Hauppauge on Aug. 31 for a meet-and-greet with supporters.

Jesse Garcia, chairman of the Suffolk County Republicans, confirmed that Mr. Cornicelli had screened with the committee recently, but declined to share his impression of the candidate. "It would be premature" to comment, Mr. Garcia said, because there is "a wide field and it would be unfair" to other potential candidates. He also declined to say how many people have screened with the Republican Committee.

Manny Vilar, chairman of the East Hampton Town Republican Committee, could not be reached for comment this week.

This story has been updated to correct Mr. Cornicelli's status as a 100-percent service-connected disabled veteran. He served in Kuwait but was not wounded there.