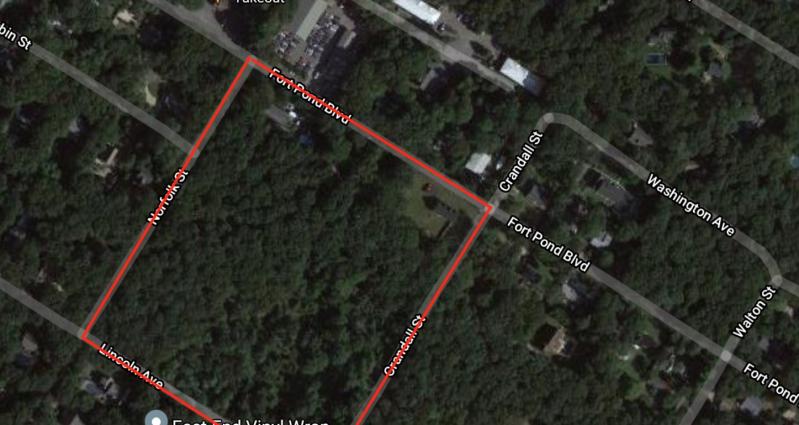 An overhaul of East Hampton Town's emergency communications system is well underway, but additional towers are still needed for it to achieve comprehensive coverage.

Meanwhile, poor-to-nonexistent cellphone service in Springs and other areas, owing to the town's overtaxed wireless communications infrastructure and further stressed by the 2020 influx of new residents, presents a threat to residents' safety, several people told the East Hampton Town Board on Tuesday.

Eddie Schnell, the town's communications director, said that five tower sites -- in Montauk, Noyac, East Hampton, Wainscott, and Amagansett -- are "on the air," using a new digital system that provides greatly increased capacity and reliability. The system is used by the police departments of the East Hampton Town and Village and Sag Harbor Village, fire departments, as well as most town and village departments that use radios.

But more tower sites are needed to cover the entire town, Mr. Schnell said during a slide presentation. At the GATR site, a joint project with the East Hampton Town and Suffolk County Police Departments on a hill east of Lake Montauk, towers, equipment, and a shelter have been purchased and are awaiting final construction. At the intersection of Old Northwest Road and Cedar Street in East Hampton, the town will occupy the top 25 feet of a 185-foot monopole constructed by AT&T.

In Springs, the town owns 6.9 acres of land bounded by Crandall Street, Lincoln Avenue, Norfolk Street, and Fort Pond Boulevard. There, Mr. Schnell proposed a 100-foot temporary monopole or a "cell on wheels," telecommunications equipment mounted on a truck that is also known as a COW, to provide both emergency communications and cellular service from two cellular carriers while a permanent, 185-foot tower is designed and constructed. The permanent tower design, he said, would mimic that of the one at Old Northwest Road and Cedar Street, with the town occupying the top 25 feet of the tower and room below for four cellular carriers.

On the latter site, Councilman Jeff Bragman said that the board should "make a better effort to notify homeowners" as to the plan. "This is a big project," he said of the proposed 185-foot permanent tower. "I think we owe it to the community to more than just have a work session" for discussion.

"We have looked at numerous sites," Supervisor Peter Van Scoyoc said. "This is the one selected for further review." It is being prioritized, he said, because "for years now Springs has been suffering little to no cellphone coverage."

Every parcel in the hamlet larger than one acre was looked at, Mr. Schnell said. But "the entirety of Springs" is either residential, was purchased with community preservation fund money for open space or preservation, is in a historic district or area of statewide significance, or is otherwise "unbuildable."

The board should discuss terms of a lease for construction of a tower at the Springs site and the possible installation of a temporary tower or COW to provide immediate communications service, Mr. Schnell said.

Review under the State Environmental Quality Review Act is underway, with a negative declaration, meaning no significant adverse impact would result, likely to be made next month, according to board members.

The discussion often linked emergency and personal wireless communications, and several residents, speaking in person or by phone during the work session, voiced their concern for the latter. One described cellular service in Springs as "a recurring and dangerous nightmare."

A 150-foot-tall tower at the Springs Firehouse was built in 2015 without site plan approval from the planning board. The zoning board of appeals revoked its building permit, and a State Supreme Court judge dismissed a lawsuit the fire district filed against the Z.B.A. challenging that decision. Mr. Bragman suggested it be put to use temporarily for cellphone antennas, but Councilman David Lys responded that "the State Supreme Court says it's illegal. Why do you think we can just turn it on?"

In a letter to Mr. Van Scoyoc on Monday, Carl Irace, counsel to the fire district's board of commissioners, wrote that the commissioners "have no objection to any effort by the town to use the existing communications tower . . . for co-locating temporary wireless equipment" provided it did not interfere with existing emergency equipment.