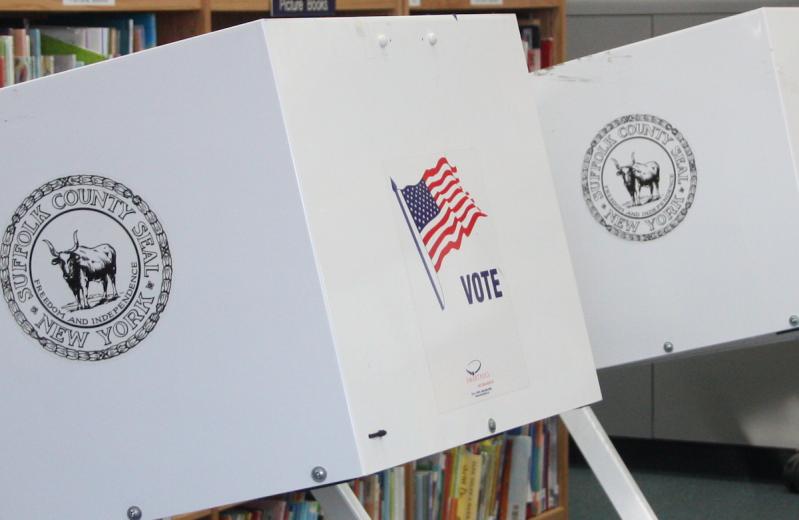 Third parties like the Independence Party are no longer a state-recognized parties entitled to an automatic ballot line in New York.
Durell Godfrey
By Christopher Walsh

A late addition to the New York State budget that Gov. Andrew M. Cuomo signed into law in 2019 could keep the Independence Party and other "third" parties off election ballots by significantly raising the required threshold to appear.

Assemblyman Fred W. Thiele Jr., who changed his party affiliation from Republican to Independence in 2009 and was the sole Independence Party member in the State Assembly, blames the rule change on the governor's "fit of pique" when the Working Families Party endorsed the actress Cynthia Nixon in her bid to challenge him in the 2018 Democratic primary.

"He started looking for ways to make life difficult for the Working Families Party and all third parties," Mr. Thiele said last week.

For many years, third parties that won at least 50,000 votes in a regular gubernatorial election were automatically entitled to a line on the ballot. That changed after 2018.

A commission was created to study public financing of elections, and the State Legislature implemented its recommendation to raise the threshold to 130,000 votes or 2 percent of the total vote every two years, in both gubernatorial and presidential elections.

This, critics say, unfairly disadvantages third parties, rendering them less likely to appear on the ballot. A court overturned the commission's recommendations, but the rule change was nonetheless instituted when it "was stuck, not as freestanding bill, but stuck into the budget," Mr. Thiele said. "The governor insisted it be in." It became law in 2019 and was applicable for the first time in the 2020 elections.

Thus, the Independence Party, like other third parties, is no longer a state-recognized party entitled to an automatic ballot line, said Mr. Thiele, who ran for re-election last year with cross-endorsement of the Democratic Party. Third parties, as independent bodies, must now clear the higher threshold in order to qualify candidates. "Two years ago, to qualify candidates for town office in Southampton, we needed in the neighborhood of 140 or 150 signatures. As an independent body . . . it would be, like, 1,100 signatures. Probably around 400 in East Hampton," the assemblyman said. Third parties "can qualify candidates for a local office, but the petition requirements are much more steep."

But a letter to party members from Frank MacKay, chairman of both the state and Suffolk County Independence Party, was upbeat in explaining the new paradigm. "As always, the Independence Party of NY will be running candidates throughout the state," he wrote. "The difference this year is that the petition process is simpler due to the fact that any registered voter can sign to qualify an endorsed candidate."

With the 2021 campaign for East Hampton Town offices stirring, Elaine Jones, chairwoman of the East Hampton Independence Party, said that the rule change would not hinder the party's efforts this year. Allowing any registered voter to sign a candidate's nominating petition will enable the Independence Party to meet legal requirements to appear on the ballot, she said. Before, it was "hard to get even 100 signatures because we had to go specifically to people registered to the Independence Party. And now we don't. This year, I need to get signatures, but the difference is anybody can sign the petitions -- Republicans, Democrats, Independents, anybody. Instead of going door to door to get signatures, we can just stand at the post office. Anybody who has not signed another petition can sign."

Statewide, "the challenge for the parties that recently lost ballot status in 2020 comes in 2022," Mr. MacKay wrote. "That is when the 'ballot access' process is significantly more difficult for qualifying statewide candidates."

"The Independence Party of NY is confident that we will field well-funded, respected, and recognized candidates for all statewide offices in 2022," Mr. MacKay's letter continues. "Our party sees this moment as a 'reset' and we look forward to having a more simplified road to the ballot in local and statewide races for decades to come."