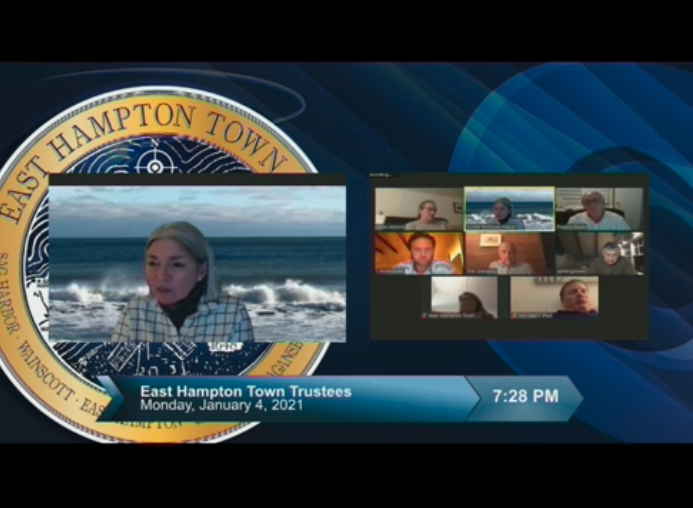 The East Hampton Town Trustees held their organizational meeting on Monday, during which Francis Bock, Bill Taylor, and Jim Grimes were re-elected to their positions as clerk and deputy clerks, respectively. Arlene Tesar was reappointed as secretary, and Christopher Carillo will continue as attorney. The Star was once again designated the trustees' official newspaper of record.

The trustees also formed a committee to study staggered election cycles, which would represent a change in how the nine-member board is chosen. A trustee's term spans two years. Both in and outside of local government, there is a belief that the simultaneous campaigns of as many as 18 candidates is a confusing and clumsy exercise.

Mr. Bock told The Star on election night in 2019 that staggered elections, so that fewer candidates would stand for re-election simultaneously, was a priority. In November, the trustees considered a structure in which the three candidates receiving the most votes would serve a six-year term. The candidates receiving the fourth, fifth, and sixth most votes would be elected to a four-year term, and those finishing seventh through ninth would serve a two-year term. Voters would thus be able to focus on fewer candidates in subsequent elections, and trustee elections would continue to occur alongside those of other elected offices in the town.

The trustees discussed retaining Jerry Goldfeder, an attorney specializing in election law, to review any plan before it is submitted to the town board for approval, but tabled a vote pending the election committee's deliberations. Mr. Taylor, Mr. Grimes, Susan McGraw Keber, and Mr. Carillo make up the committee that will study the matter.