Is use in keeping with parameters of its preservation? 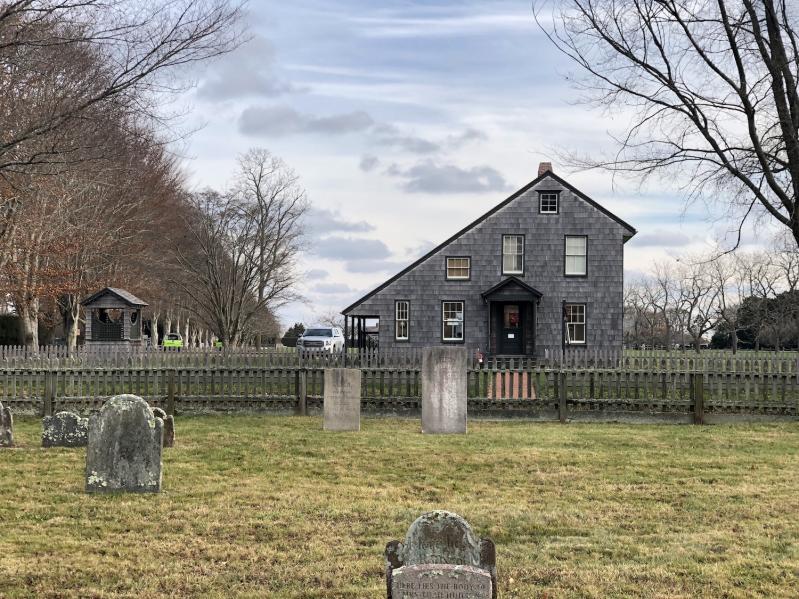 In 2019 the Gardiner Mill Cottage opened to visitors a few days a week after being restored by the village to how it would have appeared in the 1880s.
Carissa Katz
By David E. Rattray

A private gallery operating in an East Hampton Village museum within a district on the National Register of Historic Places may test the limits of preservation rules.

For most of 2021, the Gardiner Mill Cottage, purchased by East Hampton Town with money from the community preservation fund, has been managed by a former gallery owner, Terry Wallace. No formal contract for the arrangement exists although the village board belatedly voted on Nov. 19 to seek one with the Town of East Hampton on Mr. Wallace’s behalf. (He was appointed as an upaid “museum promotions consultant” to the village in March.)

Community preservation fund rules require a detailed management plan for each property; one has not been prepared for the Gardiner Mill Cottage, town officials said. And Mr. Wallace’s use of the Gardiner house this fall as a retail gallery and for crafts sales may put the village in another difficult position.

Seventeen paintings were sold at the Gardiner Cottage during an October show by members of the Wednesday Group of Plein Air Painters of the East End.

“Mayor’s Choice: Selections From Thirty Squared,” an exhibition juried by East Hampton Village Mayor Jerry Larsen, opened in early November and ran until a holiday craft sale on Thanksgiving weekend. Vendors were asked for a $100 donation to the museum gallery. A show of work by members of the Artists Alliance of East Hampton is to open on Saturday.

A recent opening drew more than 300 people, the mayor said at the Nov. 19 meeting.

Until the town bought it in 2014, the property on James Lane had been owned continuously by the Gardiner family for more than 350 years. Acting at the request of village officials, East Hampton Town paid Olney Mairs Gardiner $9.6 million from the preservation fund for the 3.67-acre lot.

In a resolution passed by the village board before the 2014 purchase, the site was described as “one of the most significant historic properties in the village” as part of the original home lot of Lion Gardiner, who took possession of it in about 1648. The purchase was intended to ensure its preservation as a historic place, for open space, and as an example of the community’s tradition of agriculture. Rectangular in shape, the land extends a distance along Maidstone Lane and abuts farmland. The property also contains an 1804 windmill that had been preserved years earlier by the village.

For 25 years, Mr. Wallace’s art gallery specializing in 19th-century American painting occupied a ground-floor space on a brick walkway off Main Street in East Hampton Village. Not long after closing it, Mr. Wallace volunteered to help set up an inaugural exhibit in the Gardiner house, after completion of renovations.

In 2019 the Gardiner Mill Cottage opened to visitors a few days a week after being restored by the village to how it would have appeared in the 1880s. An initial exhibition of paintings, some purchased out of Mr. Wallace’s collection, was funded in part by the Gardiner Foundation and the Hilaria and Alec Baldwin Foundation, and included five pieces of Mr. Wallace’s. The paintings remain on view, Mr. Wallace said.

By the fall, Mr. Wallace had rebranded the house as the Gardiner Mill Cottage Gallery. But it was not until the Nov. 19 vote that the village board officially agreed to let Mr. Wallace operate the site, though he had already been organizing the art shows there for more than a month without a contract.

Community preservation fund rules allow for nonprofit “revenue generating activities,” but they have to be consistent with the way the property was used in the past and in line with the terms of its public purchase. For example, a historic artist’s studio might be used for cultural activities related to the arts, but not for a carnival, a 2016 official advisory explained.

The problem gained focus in 2018 and 2019 when the East Hampton Library hosted its annual Authors Night benefit on community preservation fund farmland in Amagansett over complaints from members of the hamlet’s advisory committee and others.

Income from the use of a preservation fund property by a nonprofit is subject to audit and other procedures to assure compliance. For a historic property, only nonprofits with expressly stated preservation goals are eligible.

“I believe that it is an appropriate policy for this property and structure to have a management plan and license agreement — designed and written and then approved by both boards — that is within the initial mission of the purchase and restoration of the historic home,” East Hampton Town Councilman David Lys, who is the town board liaison to the Land Preservation Department, said in response to an emailed question. He said that when that is completed, management of the property would become the responsibility of the village, as originally intended.

In an interview, Mr. Wallace dismissed the potential snags and said that the new Gardiner Mill Museum and Gallery was beneficial to the local artists who sold work there and that his shows had resulted in a large increase in visitors to the site. He said that taxpayers should be outraged that there had been so little public presence on the site until he began his shows.

During the November meeting at which Mr. Wallace’s use of the site was approved, the mayor was enthusiastic. He said that the village was going to be able to keep the building open “all the time” and would not have to pay for maintaining it. He also noted that the village would not have to pay an employee to operate it. “This is a very smart idea, I believe,” he said.

Mr. Wallace is not charging the village for his services. His use of an office in the Gardiner Mill Cottage was his compensation, he said.

A report prepared in advance of the town’s 2014 purchase of the Gardiner property described how the house was occupied in the late-19th and early-20th century by Jonathan Thompson Gardiner, who ran the windmill at another corner of the site. Percy Moran, a nephew of the artists Thomas and Mary Nimmo Moran and a painter himself, summered in the house from about 1902 to 1916.

According to an official record of the Nov. 19 village board decision, “the Wallace Museum and Art Fund Inc., a New York 501c3 organization” would operate the museum. There is no nonprofit by this name yet in the New York State Divisions of Corporations database. Mr. Wallace provided no explanation and said that his lawyer was handling the filing.

In recent months, Mr. Wallace listed several paintings from his collection for sale on social media. He said that he did not use his office at the Gardiner Mill Museum to conduct private business. The listings are no longer visible.