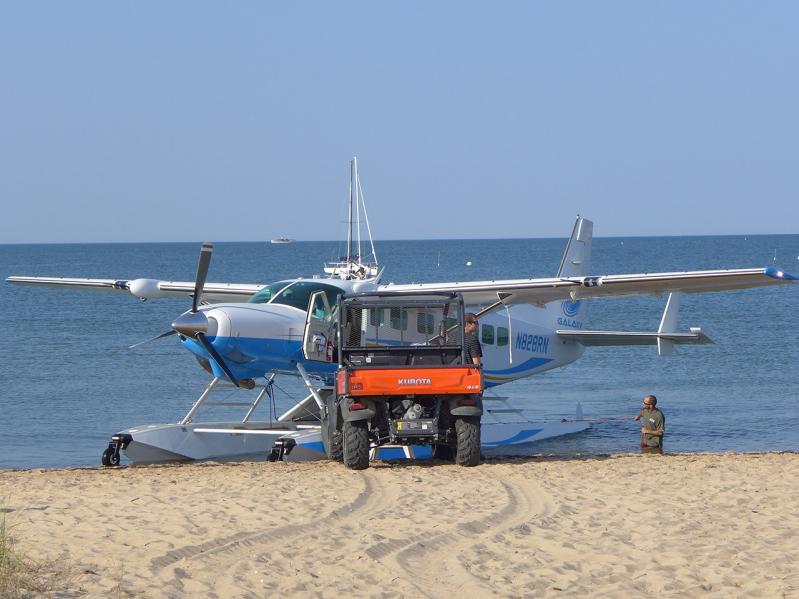 The East Hampton Town Board appears likely to amend the town code to prohibit seaplanes, with a few narrow exceptions, from taking off or landing in town waters.

During a public hearing last Thursday, Andrew Barr, an attorney with Cooley L.L.P., an international firm based in Palo Alto, Calif., walked the board through a proposed code change. The move follows complaints from people living both within the town and without. In April 2020, at the board's request, another Cooley lawyer evaluated existing legislation and recommended modifying it to align with environmental and quality-of-life concerns.

Seaplanes operating in town waters raise health, safety, and environmental concerns, Mr. Barr told the board, citing hazards to recreational users of beaches and waterways, a negative impact on fishing and other commercial enterprises, air and water pollution from aircraft fuel, potential degradation of marine vegetation such as eelgrass, which provides critical habitat, and invasive species carried by watercraft from one body to another. The town has both zoning and police powers to regulate seaplane operations, he said.

The proposed amendment would prohibit a person, firm, or corporation from landing, taking off, taxiing, emplaning, or deplaning any seaplane on or from town beaches and waterways, trustee waters and beaches, and docks and floats. The town trustees, who have jurisdiction over many town waterways, voted in September to support such legislation.

The amendment would add Fresh Pond, Accabonac Creek and Harbor, Pussy's Pond, Duck Creek, Hand's Creek, Alewife Brook, and Little Northwest Creek to waterways covered under the prohibition. The town's jurisdiction extends to 1,500 feet from the shoreline. Exceptions would exist for emergency operations and public aircraft, and, with pre-approval of the board, for operations to and from Gardiner's Island.

About 15 people called to support, oppose, or ask questions about the proposed legislation, with a small majority in favor. Those opposing or questioning it included Alan Ram, chief executive officer of Tailwind, which offers service on aircraft "from heavy jets and helicopters to seaplanes," according to its website, including seaplanes operating between Manhattan and East Hampton, Montauk, and Shelter Island.

"I don't see any evidence of any injuries related to propellers," nor of invasive species being transported by aircraft, Mr. Ram said. "What incidents have made this the remedy to those issues?"

A "significant portion if not a majority of our clients are East Hampton and local homeowners using our service as a rapid point of transfer into New York City and other destinations," Mr. Ram continued. He called the proposed legislation "a sledgehammer solution to what in our view is an insignificant problem."

A representative of the Seaplane Pilots Association and an attorney representing "interested residents and other parties" also spoke against the proposed legislation.

But Barry Holden of Southampton Town's airport noise advisory committee called seaplane operations "heinous," describing craft off Noyac "so low you can see the rivets on the bottom of the plane." A caller from the North Fork said that he and many of his neighbors are "inundated" with "constant buzzing" on some afternoons. "Any attempts that your board might be able to do" to reduce the quantity of seaplane operations "would make me very happy."

The hearing was closed, and the board will continue to accept public comment until one week after its transcript has been posted to the town's website.

Petition to Speed Up Sand Replenishment in Montauk
Artistic Portraits of M.L.K. Up for Auction on Saturday
Wine Tasting for Lions Club
END_OF_DOCUMENT_TOKEN_TO_BE_REPLACED