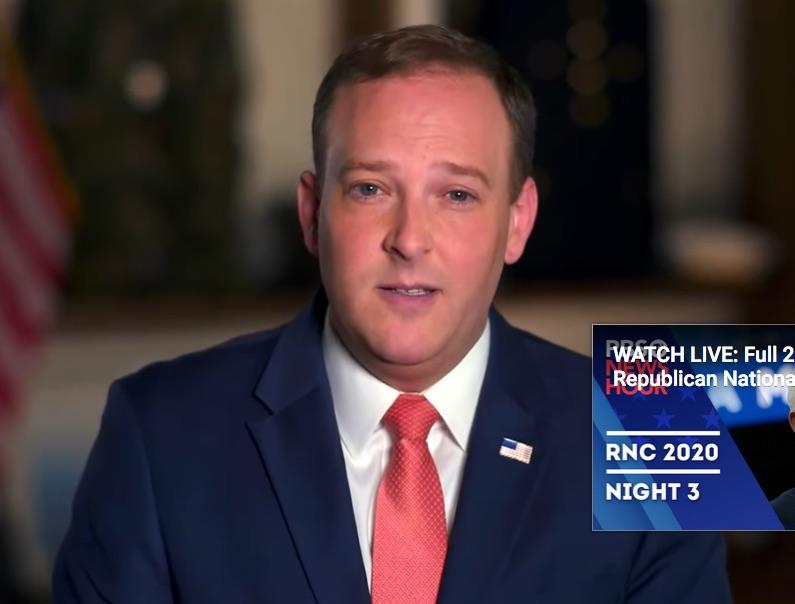 Representative Lee Zeldin Speaking from the Veterans of Foreign Wars post in Westhampton Beach on Aug. 26.
By Christopher Walsh

Representative Lee Zeldin of New York’s First Congressional District was a speaker at last week’s Republican National Convention, during which he described President Trump’s efforts for New York State during the coronavirus pandemic as “phenomenal.”

Speaking from the Veterans of Foreign Wars post in Westhampton Beach on Aug. 26, Mr. Zeldin credited Mr. Trump with delivering 1.2 million pieces of personal protective equipment to Suffolk County. “The president sent thousands of ventilators to New York,” he said. “He deployed the U.S.N.S. Comfort,” a hospital ship, to New York City, “and converted the Javits Center,” in Manhattan, “to a field hospital.”

“During a once-in-a-century pandemic, an unforeseeable crisis sent to us from a faraway land, the president’s effort for New York was phenomenal,” Mr. Zeldin said.

“For our nation to emerge even stronger, more prosperous, freer, and more secure than ever, to make our country greater than ever before, we must re-elect President Trump,” Mr. Zeldin said. “There’s never been a nation greater than ours, never a people more resilient than ours, and never a future for America more promising than ours right now. Keeping America great is up to us, and losing is not an option.”

Mr. Zeldin is seeking a fourth term in the House of Representatives. He will face Nancy Goroff, a political newcomer who is on leave from her position as chairwoman of Stony Brook University’s chemistry department, in the Nov. 3 general election.

Hannah Jeffrey, Ms. Goroff’s campaign spokeswoman, noted in an Aug. 26 statement that Suffolk County has recorded more than 2,000 deaths due to Covid-19 infection as well as a sizable budget shortfall and high unemployment. “As our community struggles,” she said, Mr. Zeldin “is off playing sycophant to a president who ignored the experts and the science to try to bolster his own re-election campaign. We deserve a represen-tative who puts people above politics when confronting problems, whether it’s guiding us out of a public health crisis or rebuilding from economic catastrophe, and that’s how Nancy will represent our district.”