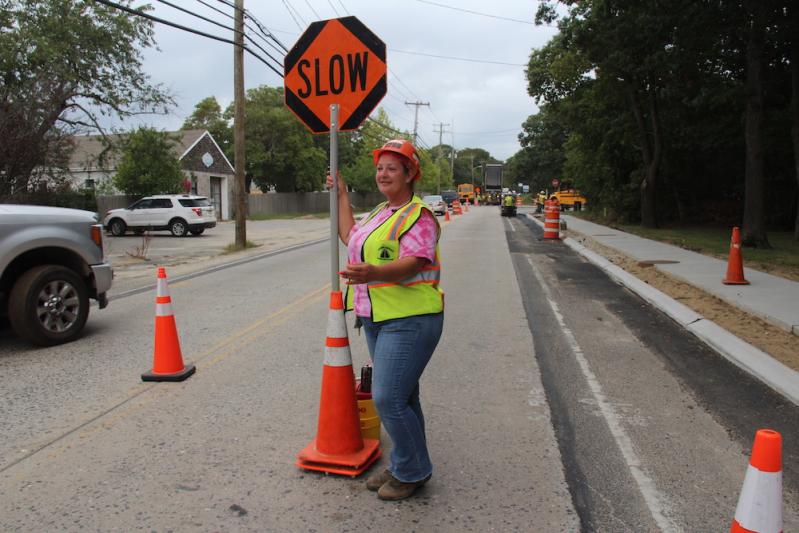 Among the work being done now along Springs-Fireplace Road, shoulders are being widened to five feet to improve cyclists' mobility and safety.
Durell Godfrey
By Christopher Walsh

The Suffolk County Department of Public Works is making its way along Springs-Fireplace Road in a $7.3 million reconstruction project. The work, performed by Pioneer Landscaping and Asphalt of Kings Park, is to be completed in the spring of 2021.

The project extends from the North Main Street-Three Mile Harbor Road intersection north to Woodbine Drive. Its goals include improved roadway surfacing, the alleviation of flooding and ponding during rainstorms, and easier maneuverability for pedestrians and cyclists.

Shoulders are being widened to five feet, to improve cyclists' mobility and safety. In addition, a bicycle path was coordinated with the Town of East Hampton to include a marked lane within the five-foot shoulder from Abraham's Path to Woodbine Drive, which will connect, via Copeces Lane, to a future bike lane on Three Mile Harbor Road.

Topsoil is being placed along curbs and sidewalks. The project also includes new curbs, pavement markings, and signs.