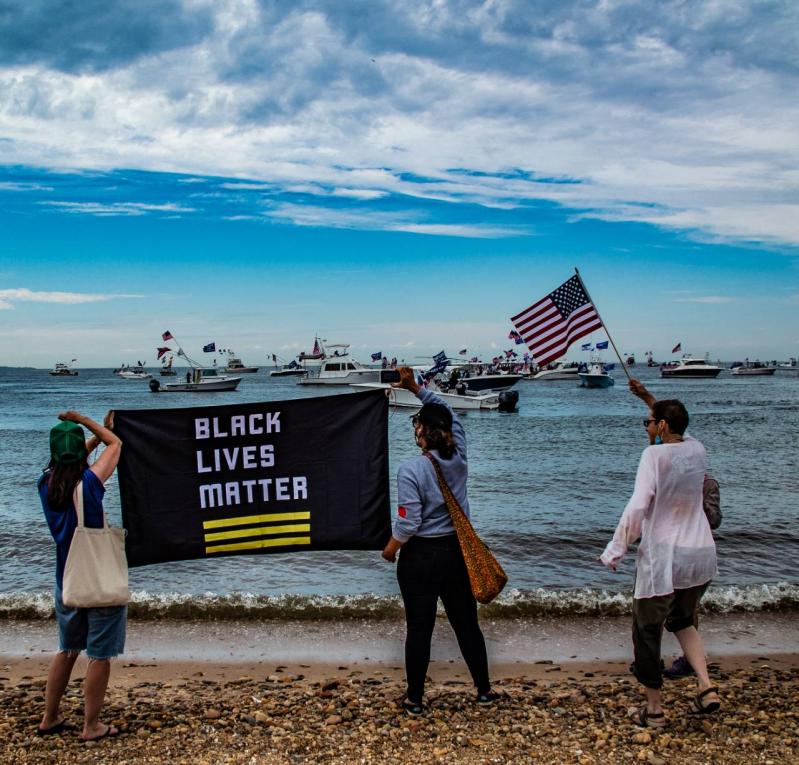 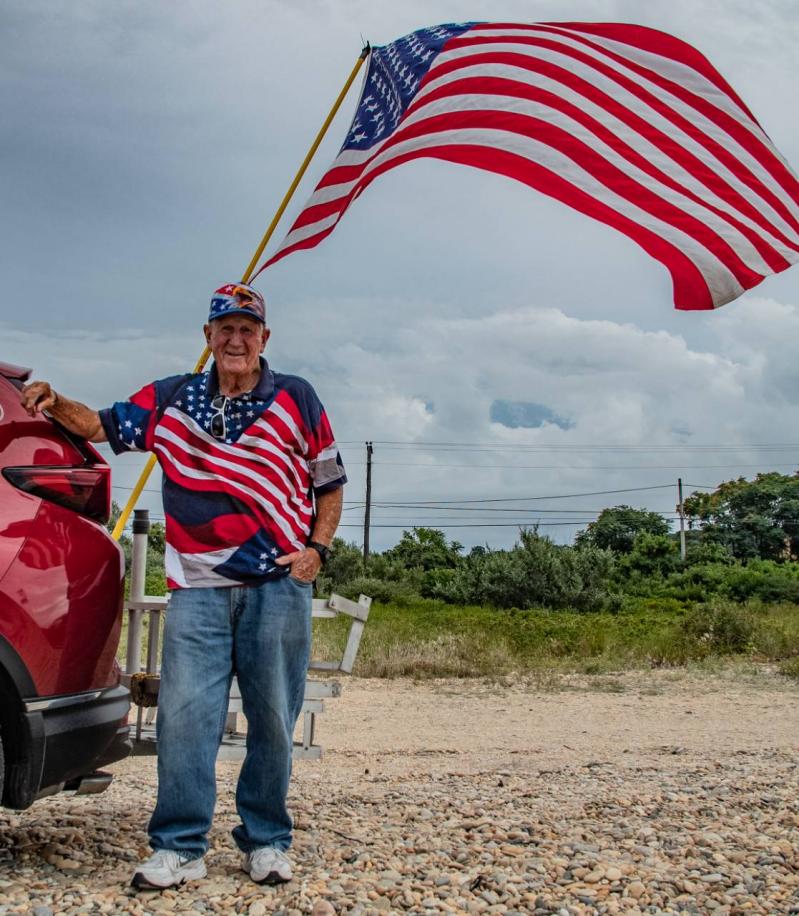 Wearing stars-and-stripes polos and red caps, supporters of Donald Trump gathered for a TrumpStock boat parade on Friday. An estimated 1,500 boats were expected to join the event, which began in Noyac and stopped around the Orient Point Lighthouse before motoring east to the Montauk to eventually tie up as a flotilla in Fort Pond Bay in Montauk.

About 25 to 30 powerboats, fishing boats, and yachts ended up congregating around a large, flag-laden yacht named Team Deplorable in Fort Pond Bay. They were greeted by about two dozen protesters on the beach bearing bullhorns and Black Lives Matter flags, who sparred verbally with boaters and a few Trump supporters scattered along the shore. Amidst the shouting and bullhorns, a single kayaker floated delicately in between the larger craft on Fort Pond, holding a Biden 2020 sign in one hand and his paddle in his other.

The TrumpStock boat parade was the second such event hosted on Long Island this year. A previous parade occurred in June winding from Patchogue to Massapequa. According to a Facebook announcement for the parade, boats bearing the best patriotic decorations would be judged for a chance to join the president in a photo-op. The event was officially hosted by Boaters for Trump and Businesses for Trump. 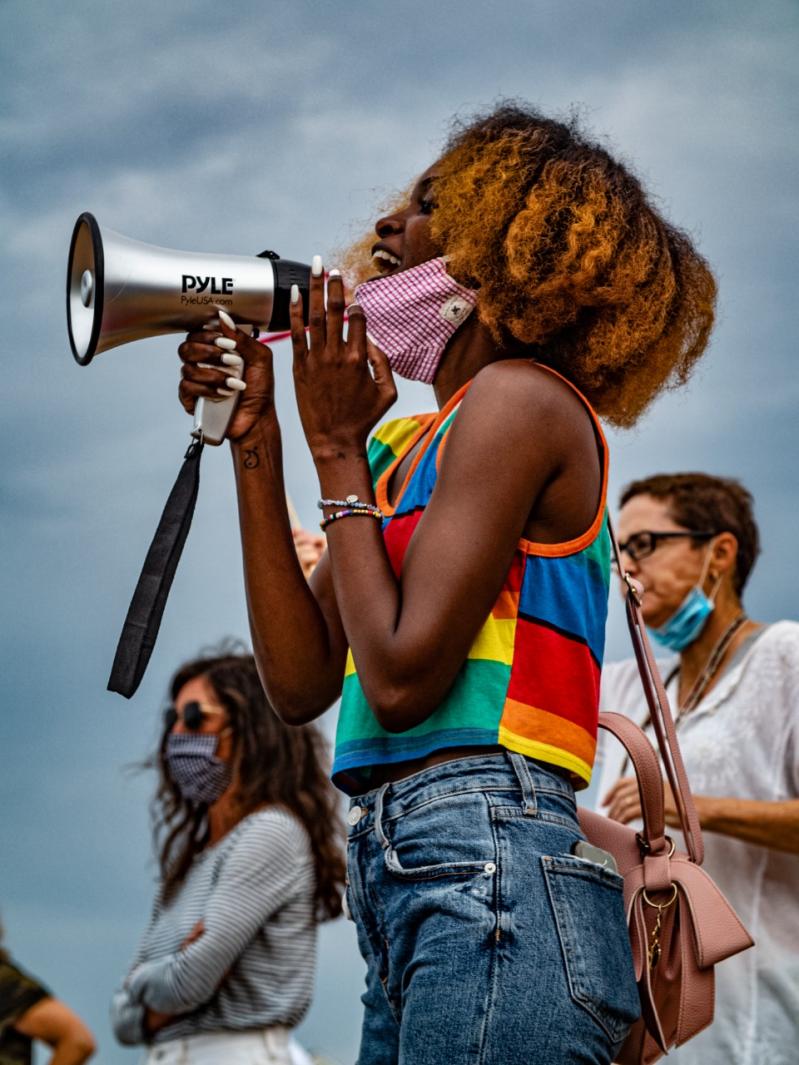 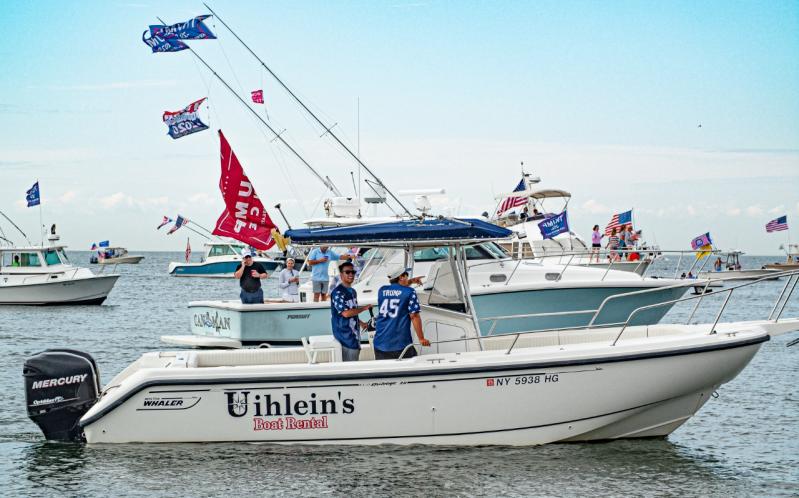 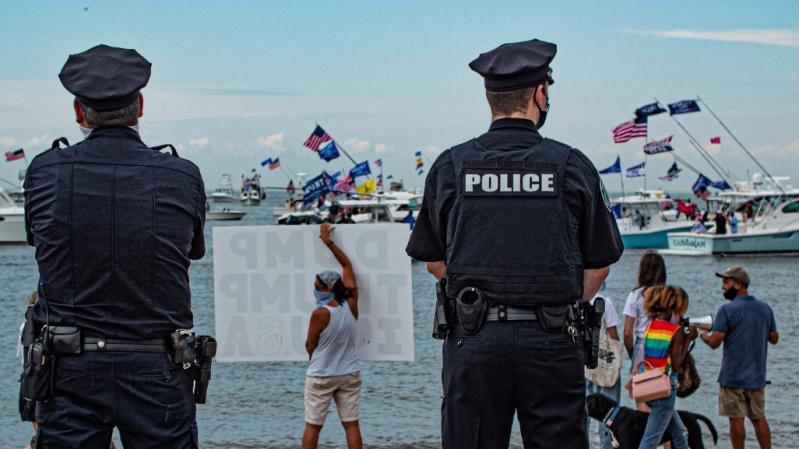 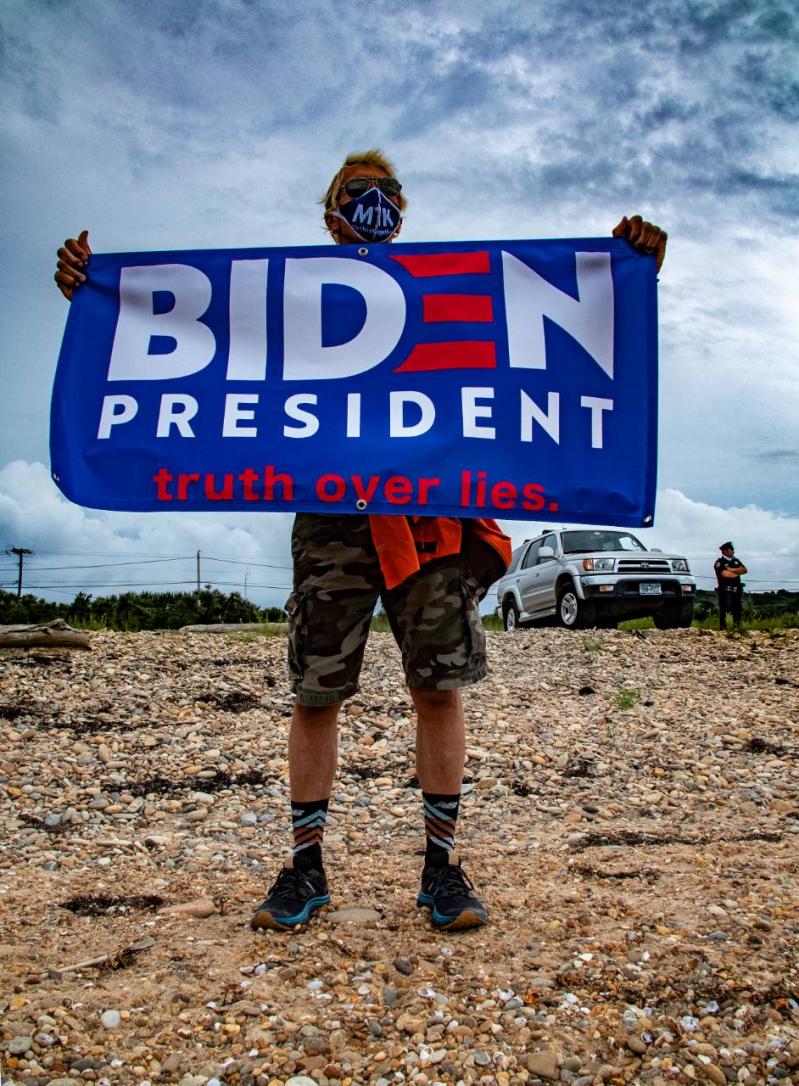 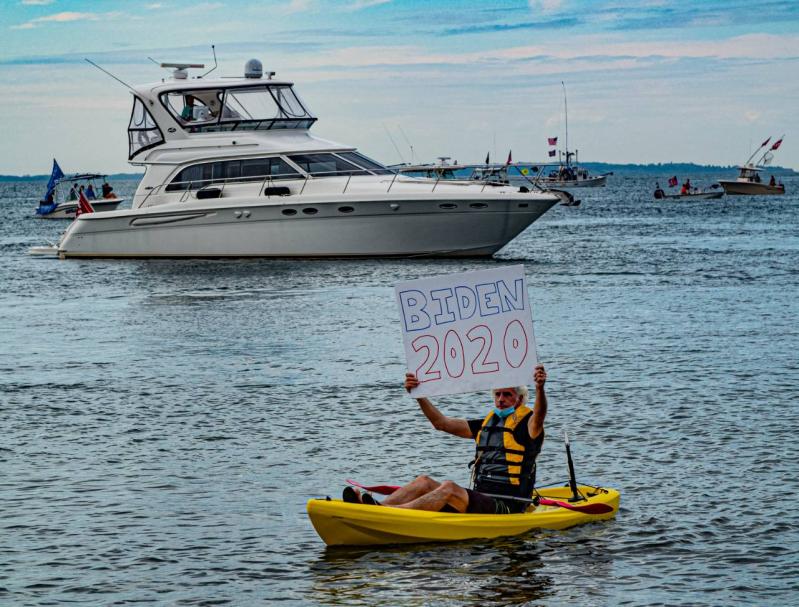 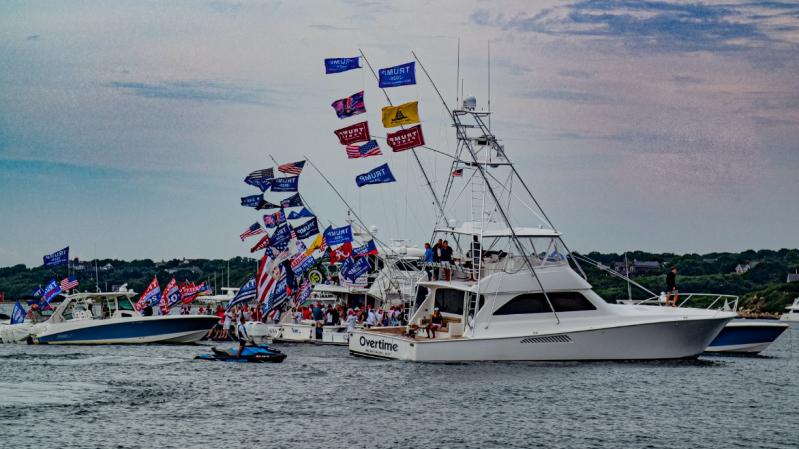 Stuffed With Turkey? Walk It Off
Blood Drive Tuesday in Bridgehampton
Holiday Lights and Charitable Efforts in Montauk
END_OF_DOCUMENT_TOKEN_TO_BE_REPLACED