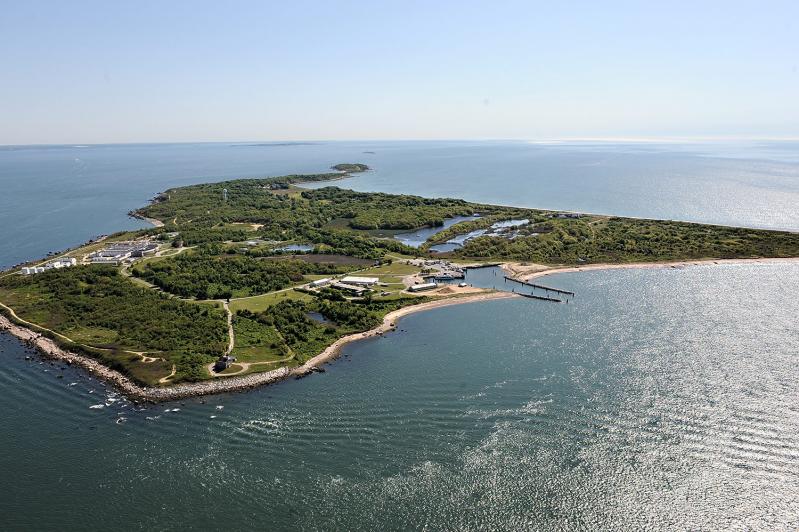 Recent legislative action on the federal, state, and town levels has given Plum Island preservationists cause for applause.

On Dec. 20 President Trump signed a bill into law temporarily halting the sale of Plum Island via auction for at least one more year. The legislation received bipartisan support from both the Senate and the House of Representatives.

It represents the first time that a bill aimed at protecting Plum Island has made its way to the president’s desk since a law was passed in 2009 indicating the federal government’s intent to close the Plum Island Animal Disease Center and sell the island to the highest bidder. The protection was part of a general appropriations bill that prohibits the federal General Services Administration “from using any of its funding to market, process, or sell Plum Island.”

It was lauded by Representative Lee Zeldin, whose long-term legislation, the Plum Island Preservation Act, has passed the House but not the Senate.

“Not only does Plum Island offer our region a diverse wildlife and ecosystem and critical habitat for migratory birds, marine mammals, and rare plants, but it is also an essential cultural and historical resource,” Mr. Zeldin said in a statement. “The current law, which mandates the sale of the island to the highest bidder, is the wrong path forward because it does not provide for public access and permanent preservation of the island, or the continued use of the research infrastructure. The state-of-the-art research facility at Plum Island must not go to waste, and preserving this island’s natural beauty while maintaining a research mission will continue to provide important economic and environmental benefits to Long Island.”

The 840-acre island is a largely untouched, undeveloped habitat that supports hundreds of plant and wildlife species, including both permanent resident and migratory animals. The federal government in 2009 passed a law that will result in the decommissioning of the research center and the relocation of its services to a new facility in Kansas, and also set in motion the sale of the island by auction.

In a statement released after President Trump signed the bill, the Preserve Plum Island Coalition said it will continue efforts for permanent protection, and Adrienne Esposito, executive director of Citizens Campaign for the Environment, called it “a great step forward.”

“It gives us another year to continue the battle to preserve the island permanently,” Ms. Esposito said by phone this week. “We can’t lose this campaign. Preserving Plum Island would be a historic legacy of unprecedented proportion. I really don’t think I’m overstating that.” She said she was surprised that President Trump signed the legislation.

So far, Bob DeLuca, executive director of the Group for the East End, said, “there really isn’t anyone who doesn’t think it’s a good idea.”

“The General Services Administration hold only lasts for a year, so we still have work to do,” Mr. DeLuca said. “It’s all moving in the right direction.”

It will “bring recognition and protection to the important habitat for marine mammals, sea turtles, and many other animals in the waters” around those islands, State Senator Monica R. Martinez, whose Third Senate District includes the south shore of central Suffolk County, said in a statement. “This assemblage of islands and their surrounding waters underpin a rich and biologically unique part of our state, and this new act will highlight and protect the important marine mammal and sea turtle species populations that thrive there.”

“This was one more piece to help safeguard the future of Plum Island,” said Louise Harrison, who heads the Preserve Plum Island Coalition, a division of the organization Save the Sound. “If you can’t get to Plum Island, you can’t protect Plum Island. We’d like Plum Island to ultimately have public access.”

Mr. DeLuca called the three legislative actions “a trifecta of success” for the island. “I think it’s steady, solid progress,” he said. “All of the efforts demonstrate the broadening understanding of the importance of the island.”

“It didn’t get us all the way there,” Ms. Harrison said, “but these were significant and welcomed and help us on our way.”