A volunteer mayor and trustees? ‘You get what you pay for,’ said one opponent 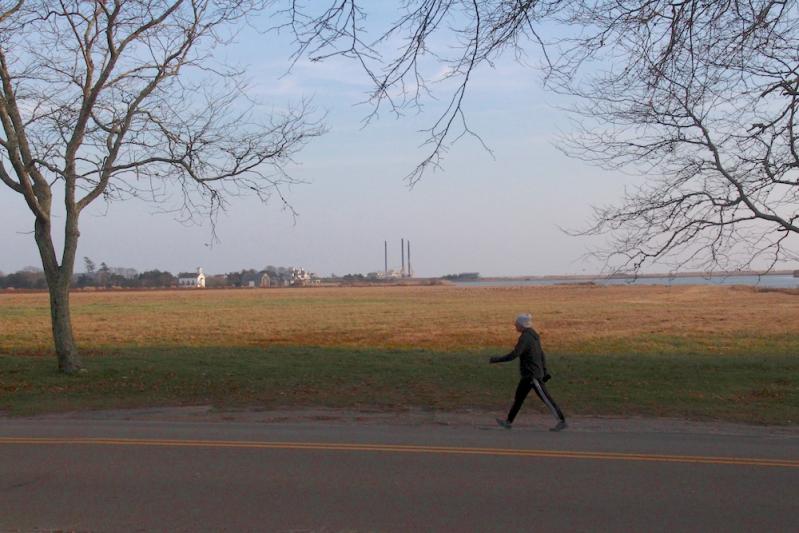 Self-determination at nominal cost, or a transparent attempt to thwart an offshore wind farm’s planned cable landing? Both viewpoints were put forth at a Dec. 5 meeting of the Wainscott Citizens Advisory Committee, where advocates for the hamlet’s incorporation, and their consultants, made a case for the Village of Wainscott.

Around 100 people, including members of the East Hampton Town Board, participated in the virtual meeting, during which members of Citizens for the Preservation of Wainscott and Wainscott United, groups on opposite sides of the incorporation debate, offered sharply conflicting versions of reality.

C.P.W., which formed in opposition to the South Fork Wind Farm’s plan to land its transmission cable at the ocean beach at the end of Beach Lane, plans to submit a petition to Town Supervisor Peter Van Scoyoc “in the coming weeks.” Gouri Edlich said the group hopes the petition will lead to public hearings and a vote on incorporation. “We’ve seen all too much effort to invalidate the will of the people in this country lately,” she said, “and hope the supervisor will choose a better path and facilitate a vote.”

Mr. Van Scoyoc said later in the meeting that he would do so, provided the petition is accurate and meets legal standards.

Ms. Edlich’s group has refined the footprint of the proposed Village of Wainscott in order to comply with New York State law limiting the size of a village to fewer than five square miles, unless its existing boundaries do not overlap with existing villages. (Wainscott’s school district includes territory within Sagaponack and East Hampton Village.) The new proposal reduces the size of the proposed village from 6.7 to 4.4 square miles, said Alex Edlich of C.P.W. Georgica Pond and several other areas presently in the hamlet would be excluded, he said.

The new village’s government would be lean, said the consultants, assuming that a mayor and board of trustees would serve on a volunteer basis. Expenses would include a clerk and treasurer who could be the same person; planning, zoning, and village ordinances; management of two beaches; employee benefits, and other expenses including rents, legal costs, insurance, and one-time startup costs. Revenues would come from property and utility gross receipts taxes, franchise fees and other fees and fines, code enforcement, beach parking, and state aid.

After the presentation, Sam Kramer, who is chairman of the town’s planning board but said he was speaking only for himself, noted that “15 to 20 of your neighbors will be cut out” of the new village on South Breeze Drive alone, with more on Cobber Road. Would those residents therefore be unable to park at the proposed village’s beaches, he wondered?

”Sam, we had to draw the line based on metes and bounds” according to state law, meaning roads and navigable waterways, Mr. Edlich said.

Others criticized the consultants’ assumptions, particularly potential legal costs. John Hall of Wainscott United asked if the cost of potential litigation related to East Hampton Airport, or the former sand and gravel mine in the hamlet, or the wind farm’s transmission cable, had been considered.

”I take umbrage,” Mr. Hall responded. “These are legitimate questions, and you needn’t characterize the way they were put forward.”

Doreen Niggles, also with Wainscott United, delivered the most strident criticism of the C.P.W. plan. Twenty-one villages in New York State “have folded since 2010,” she said, and no new ones have incorporated since then.

”Financially, it doesn’t make sense.” The mayors of both East Hampton and Sag Harbor Village are paid, she noted. “The idea of a volunteer mayor, you get what you pay for.” Because those excluded from the village’s boundaries will not contribute tax revenue, “Our tax burden will become larger. How does that financially benefit any of us in the village?”

She wasn’t finished. “This is my biggest fear: this selective group of privately funded individuals” -- C.P.W. -- “supplying this infomercial to this board, have a different agenda. This is a hostile takeover of Wainscott and I think it is absolutely outrageous. . . . You are being sold a load of nonsense here,” she told those watching the online meeting. “These people have an alternate agenda: It’s all about the cable, and this [citizens advisory committee] needs to stop giving these people any airtime.”

Turning back to C.P.W., “You’re wasting the people’s time with privately funded information that has been selectively chosen for you,” she said. “So, C.A.C., wake up.”

But others defended both the advisory committee and the would-be incorporators. “We’re sifting through the facts, which is always the best way to make decisions,” said Councilman Jeff Bragman, the town board’s liaison to the committee.

Mr. Van Scoyoc also spoke highly of the advisory committee, but delivered lengthy remarks questioning the wisdom of incorporation. “I personally see that village incorporation further divides our community, physically and in other ways,” he began. Other concerns “go to, who is actually deciding these boundaries to propose for village incorporation? Alex and Gouri? Who’s drawing those lines? I’m concerned about who’s funding your studies. In full transparency, the public should know who’s contributing to these studies, who’s drawing these proposed boundaries. I worry about the gerrymandering effect.”

The supervisor was also concerned about the proposal’s want of an architectural review board, and wondered about a zoning code that might or might not be adopted, and who would volunteer to serve as mayor. The proposal for incorporation, he concluded, “will be woefully short of what Wainscott deserves.”

Petition to Speed Up Sand Replenishment in Montauk
Artistic Portraits of M.L.K. Up for Auction on Saturday
Wine Tasting for Lions Club
END_OF_DOCUMENT_TOKEN_TO_BE_REPLACED