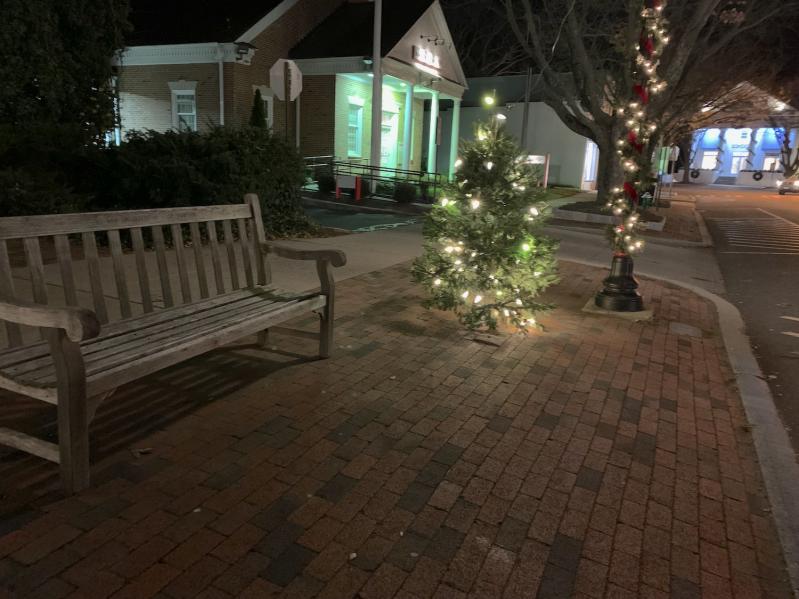 The four-foot trees that East Hampton Village received in error will be taken back by the vendor and replaced by trees that are six feet or more.
Durell Godfrey
By Christopher Gangemi

East Hampton Village officials were thinking ahead to the holidays all the way back in September, when David Collins, the superintendent of public works, ordered 52 Christmas trees from Fowler's Garden Center in Southampton, ranging from 6 to 14 feet, for $3,280.

They were thinking of the holidays, again, when they installed electrical outlets in more of the village lampposts, allowing lights and lighted garlands to extend from central Main Street to Hampton Chutney on Newtown Lane, and from CVS on Pantigo Road to the East Hampton Library on the far end of Main.

They were making holiday plans aplenty when they announced, at last week's village board meeting, the first annual lighting of the Hook Mill Christmas tree, sponsored, perhaps improbably, by Prada, for Dec. 3 at 4:30 p.m., as well as Santa's arrival via helicopter in Herrick Park on Dec. 10 at noon.

But then the four-foot Christmas trees showed up on Monday; less Currier and Ives and more Charlie Brown. Womp, womp.

"I have seen few that are over five feet," said Mr. Collins.

"Last year they gave us shorter ones and said it was a supply-chain issue," said Mayor Jerry Larsen.

But the village wasn't having it this year. With the world slowly edging away from the Covid-19 era, and with many events planned, spirit was on order.

"Fowler's agreed to take back the trees and they're going to replace them with the trees we ordered," said Mayor Larsen. "The Menorah is being lit in Herrick Park. All faiths in our community are coming together. That's what we're here promoting and we're putting a lot of work into it, and then the trees were just disappointing. Plus, they're simply not what we ordered or paid for.

So don't be surprised next week when you see the public works department undoing all the lights on the four-foot trees and replacing them with trees up to twice their size.

"Some of those trees shouldn't have been cut down. They weren't keepers," said Mayor Larsen.