First responders complain of being kept ‘in the dark’ 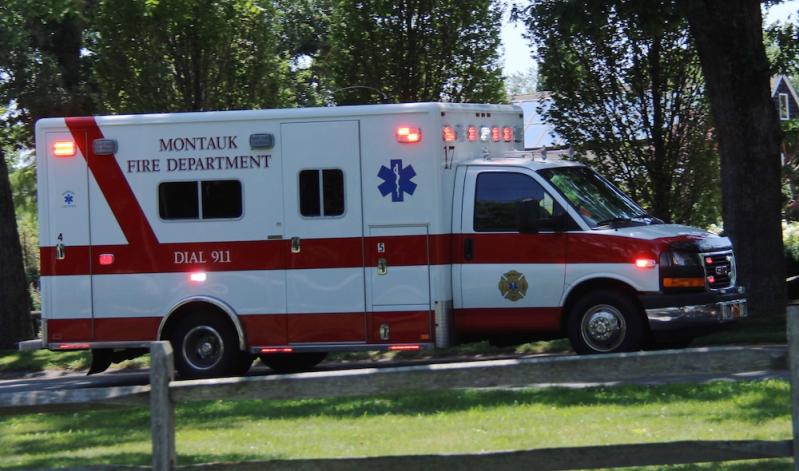 "We are happy to respond when the time calls, but we are gravely concerned about the considerations to protect first responders . . . when it comes to the summer season," the Montauk Ambulance Company wrote in a letter to the East Hampton Town Board.
Durell Godfrey
By Christopher Walsh

As federal doctors warned a Senate health committee on Tuesday that a premature resumption of commercial activity could trigger a new and uncontrollable outbreak of Covid-19 infection and further economic setbacks, the East Hampton Town Board debated its own protocols for a gradual reopening.

The discussion was marked by disagreement as to how and even if activity can safely resume, the board and its recently formed Business Recovery Group having received a letter from the Montauk Ambulance Company complaining that the medical community “is woefully underrepresented to the point of insult” in their deliberations.

“We in E.M.S. are completely in the dark on what the plan is for the coming months and what to expect,” the letter read. “We need clarity and, more importantly, to have our thoughts heard.” No medical professionals or ambulance volunteers were appointed to the recovery group, though the town board had held a position open for a person to be named later.

“As volunteers, the expectation of us to respond to calls where Covid-19 may be knowingly or unknowingly present is unfair,” the letter continued. “It takes one infected person to spread to potentially thousands of people in the course of one weekend, especially a weekend of summer vacation in the Hamptons. . . . We are happy to respond when the time calls, but we are gravely concerned about the considerations to protect first responders and our loved ones falling to the wayside when it comes to the summer season.”

Councilman Jeff Bragman implicitly criticized his colleagues for insufficient emphasis on guidance from medical professionals, including both emergency personnel and experts in infectious diseases.

“I’m glad to hear the board is now on board with that,” he said later in the meeting. He noted that the Sunset Beach resort on Shelter Island had already decided not to open this year. “I understand every time a business does not open there is economic pain,” he said, “but that showed great corporate responsibility.”

Mr. Bragman referred to the Montauk Ambulance Company’s letter following Supervisor Peter Van Scoyoc’s comments that the business group will “need to provide safe protocols for reopening of all of those businesses. This will be relating directly to science and medical knowledge as to how that can be done safely.” It will be an ongoing process, he said, as Long Island is unlikely to be among the regions in which the New York State on Pause executive order will be lifted upon tomorrow’s expiration.

But, echoing the national debate and those in individual states, the supervisor added that “another year to have economic inputs into the community may not be something we can wait for.”

“I pledge I will do everything I can to protect our citizens, especially our first responders,” the supervisor said, “but I think it’s unrealistic to believe we can shut down Route 27” to incoming traffic.

More disagreement came during a discussion of the farmers markets in East Hampton, Springs, and Montauk. They are considered essential retail businesses under Gov. Andrew M. Cuomo’s executive order, and managers of the East Hampton and Springs markets would like to open on Memorial Day weekend and the Montauk market in mid-June, Councilwoman Kathee Burke-Gonzalez said.

Managers should increase the markets’ physical space, she said, and spread vendors as far apart as possible. They have been asked to separate entrance and exit paths to the extent possible. The Springs Farmers Market, on the grounds of Ashawagh Hall, will have to be reconfigured she said, possibly with fences to control movement into and out, and one-way foot traffic within it.

“We would request they have additional staff to regulate flow, eliminate congregating, and promote social distancing,” Ms. Burke-Gonzalez said. “They may want to consider adding chalk or tape lines” to maintain a six-foot distance between people. Vendors will be required to wear a mask and gloves, including when processing payment, regularly sanitize displays, and make hand sanitizer available for public use. Vendors’ displays will have to be configured so that customers cannot touch any product until after they have bought it, she said.

Food demonstrations will not permitted nor will the sale of individual servings. Entertainment will not be permitted.

Mr. Bragman agreed that farmers markets provide an essential food supply and should be encouraged, “but I hope and think I can count on the town board not rushing into that, because food markets, as well as being necessary, can also pose serious risks and become super-transmission sites.” He insisted that ordering items via vendors’ websites or apps should be mandated, over the objection of some of his colleagues. “It would be helpful to us to get advice from people who know . . . the nature of infectious disease when we are finally called upon to make decisions as a town board,” he said.

Other countries that arrested transmission of Covid-19, he said, “have opened up and experienced the beginning of a second wave, dramatically and quickly. . . . I’m concerned that we act with an excess of caution,” with advice from medical experts as well as business interests, “especially in how we handle the beaches.”

“I agree we need to be extremely careful,” Mr. Van Scoyoc said. “But I also believe if we look at the science, the facts . . . that will allow us some margin, a reasonable margin of reassurance and safety.”

With respect to beaches, Mr. Van Scoyoc alluded to barriers and signs to keep people apart and one-way entrance and exit paths “so people don’t come face to face as they enter and exit these public beaches.” Parking lots will likely be reconfigured as well. “I don’t believe we will have a normal summer by any means,” he said. “It will require additional patience and cooperation.”

The board is still “trying to get clarity from the state” on hotels opening to tourism, he said, in response to a caller inquiring about a resumption of television and film production in the town. The board would request further guidance on that industry as well, he said. He said that he had requested clarification on hotel operations from state officials and had yet to receive a reply. That has been relayed to Suffolk County Executive Steve Bellone and Assemblyman Fred W. Thiele, he said. “Both have assured me they have forwarded those concerns and questions on further guidance up the chain. . . . If we don’t get a response in the next day or two we may want to send our own letter up the chain as well to explain our particular circumstances.”

Hotel owners, said Councilwoman Sylvia Overby, are concerned about staffing — whether or not they will be able to hire adequate staff, but also whether or not they will even be needed, given limitations imposed by the state-mandated phased reopening. “They can’t have a spa at this point, they can’t have restaurants or bars open at this point in the phased program.” Regardless, “Everything will be going through either one or two medical professionals” advising the business group, “to look at the protocols as they are produced by this committee and looked at by the town board.”

The board authorized the printing and distribution of 20,000 copies of a flier called “Protect Yourself from Covid-19 and Stop the Spread of Germs,” developed by the State Health Department, and appeared to hold, in varying degrees, a vague sense of foreboding as summer draws near.

“But I don’t think it’s all doom and gloom,” Mr. Van Scoyoc said. “We have to hold onto hope, we have to pay attention to science, but we have to move forward. We can’t just shelter in place forever.”

This story has been updated to correct the attribution of a quote to Mr. Van Scoyoc.