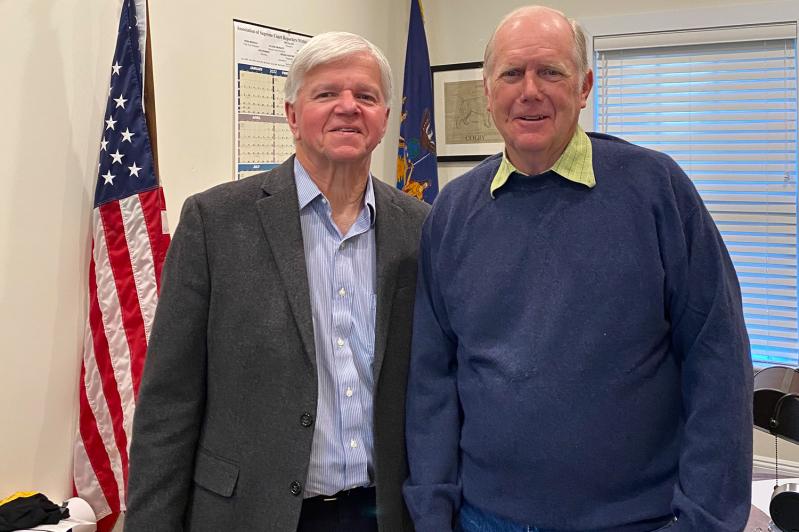 Off-premises catering companies on the South Fork are welcoming Gov. Kathy Hochul’s signing, on Dec. 20, of legislation to close a loophole that previously restricted them from obtaining liquor licenses.

Before, according to an announcement from Assemblyman Fred W. Thiele Jr., off-premises caterers without a physical restaurant space of 50 or more seats — which meant most if not all of them — could only apply for a temporary permit that allowed them to serve beer, wine, and cider, but not spirits. Now, they will be able to apply for permanent catering permits that will ultimately enable them to add liquor, and sales of alcohol in general, to the “approved” list.

Owners of those businesses — which are abundant here — are looking at this as an opportunity to take on a greater variety of events and a chance to make more money doing so, because they’ll now be allowed to serve and sell liquor more widely. Weddings and other celebrations, gallery events, charitable benefits, events at public facilities — all are fair game for serving and selling liquor through the new legislation.

Christina DeSanti, who owns Dree­sen’s Catering with her husband, Rudy DeSanti, lauded the changes. They, like many others, have a commercial food-prep kitchen, not a sit-down restaurant with a permanent liquor license, so Ms. DeSanti said they wind up “turning down many such events just to avoid the hassle of it all.” The client was responsible for applying for the event permit, which could take three weeks or more to obtain, but the caterer would be held responsible for meeting the permit conditions, “even if they are just doing the food and not involved in providing alcohol, which presents us with a liability and huge fines.”

One of her local peers in the industry, Cynthia Battaglia of Distinctive Catering Inc., concurred. Before the new legislation, she said, “I’d have to partner up with a restaurant and have them come in and do the beverage part of the event and that money would go to them. Now I can do everything — I wouldn’t have to farm that out, and I’ll have more profit for my company. That’s what we’re all looking at — we’re not going to have to jump through hoops to get a liquor license. . . . It’s a win for everybody that is a catering company. They now have more options to take on more work because of this.”

Both Ms. DeSanti and Ms. Battaglia credited John Kowalenko, a co-owner of the Art of Eating catering company, with helping to usher in change. Mr. Kowalenko said the new legislation has been about four years in the making.

“It’s a lot of work and there are fees involved, but at least we can do it now,” he said. “It’s going to really help all of us in this business to get through the next tough economic push. It couldn’t have come at a better time, and it came right before Christmas. It was a really great gift.”

When his business had a diner location in Amagansett, and then at the Parrish Art Museum in Water Mill after that, Mr. Kowalenko had permits allowing him to serve liquor. However, when the business moved to Butter Lane in Bridgehampton a few years ago, he encountered an issue. He applied for and received a temporary permit from the State Liquor Authority, but was eventually sent a “letter of deficiency” because his facility did not have the 50 seats required to maintain a typical liquor license.

Along the way, the liquor-license bill had another local supporter. East Hampton Town Supervisor Peter Van Scoyoc sent a letter to Governor Hochul on Dec. 15 pointing out the importance of the off-premises catering industry on the East End not just as a service, but also as a major employer.

“These catering business owners are responsible parties running legitimate businesses in our town. . . . Please take the step needed to enact this practical legislation that will remove an unfair obstacle for these caterers,” Mr. Van Scoyoc wrote.

Mr. Thiele, who sponsored the legislation along with State Senator Anna Kaplan of Nassau County, summed it up as a modernization of the state’s existing alcohol regulations.

“This new law supports small businesses by making it easier for the off-premise catering industry to operate and remain competitive in New York State.

. . . I thank Governor Hochul for signing this important measure into law,” Mr. Thiele said in a statement.