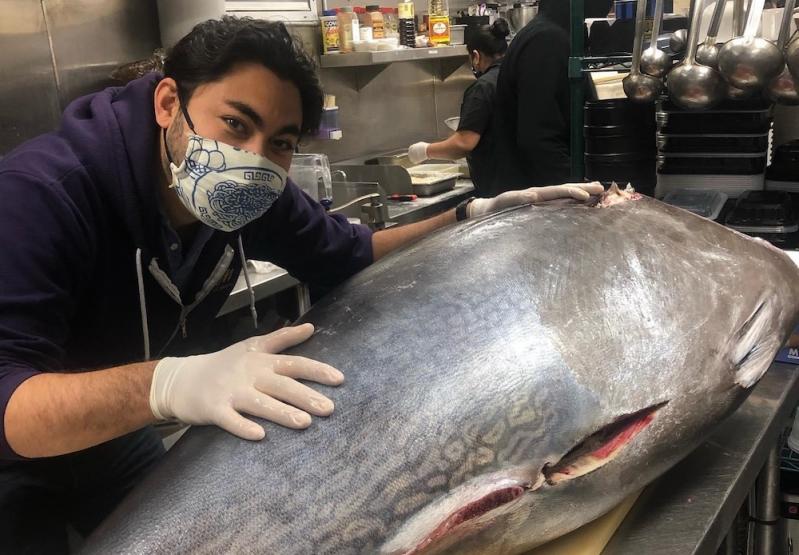 I was completely baffled. For over 10 minutes on Sunday morning, the screen of the fish finder to the left of my helm seat clearly showed the contours of the sandy bottom 45 feet below. However, the markings of any life, fish that is, were totally absent from view. From the look of things, apparently nobody was home.

As I made a few more circles and passes in my boat on the porgy grounds southwest of Jessup’s Neck, the underwater landscape continued to look bleak. Where were the fish? Reports of decent fishing from several sources over the previous two days made me pause.

Did I select a day that, for whatever reason, would not be productive? After all, there are never any guarantees when it comes to fishing, which is why fish markets do a brisk business.

I had plenty of company that morning, as about 25 other boats were anchored up in the light southeast breeze, their occupants periodically hoisting a porgy or sea robin over their transoms. Deciding to do a drift, I nudged the bow of my boat between two other craft and baited up with some strips of fresh skimmer clam.

In about two minutes I set the hook on the first porgy of the day, a feisty two-pound specimen. That fish was to be the largest of the day.

The next two hours produced a slow pick of small to medium-size scup (anglers can retain 30 porgies per day over nine inches) along with an ever-hungry horde of sea robins that thoroughly enjoyed our offering of clams.

Comparing that to other spring trips for porgy in that area, it has become abundantly clear that the size and amount of the fish have steadily decreased over the past five years. It’s hard to say why that is. But the fishery in that locale gets hit hard every May when the fish arrive, and it may be taking its toll on future generations of the silver-sided fish that return there to spawn. Conversely, it’s readily apparent that the sea robin population has experienced a baby boom of sorts.

On the return trip back to port, we decided to do a few drifts for fluke on the strong outgoing tide. Alas, none were found in the still chilly 56-degree water. But there were plenty of ravenous sea robins in residence.

Out at Montauk, party and charter boats received news that they will be able to set sail when Long Island enters phase one of reopening its economy, which is expected to happen this week.

As per fishing, recreational anglers in the historical port are landing some striped bass as well as a smattering of fluke. In addition, a decent bluefin tuna bite has quietly developed southwest of the Point. Jesse Matsuoka, the co-owner of Sen, the popular sushi restaurant on Main Street in Sag Harbor, was fortunate to take possession of a prime, locally caught bluefin that tipped the scales at a hefty 225 pounds late last week. No doubt many spicy tuna rolls went out the door shortly thereafter.

Over at the Tackle Shop in Amagansett, the owner, Harvey Bennett, had a difficult time reciting all of the different types of fish now showing up in local waters, just in time for the Memorial Day weekend. “Pretty much everything you would want is now available in either salt or fresh water,” he said. “Blowfish have moved in big time in many areas, especially in Three Mile Harbor, and porgies, fluke, and weakfish are here too. Plenty of bluefish at Gerard Drive from shore, and more keeper striped bass have been taken from the ocean beaches.”

Bennett was also enthused about the run of squid being taken at night on luminescent jigs off lighted docks and bulkheads.

“On fresh water, the carp fishing at Hook Pond has been outstanding, and they are also biting well in Fort Pond, where some nice walleye has been taken as well,” he added. Starting on Saturday and ending on Monday, Bennett will offer a dozen free Chinese worms for the first five customers who spend over $30 each day in his shop. The incredibly hardy worms are a particular palate pleaser for porgies.

“The bluefish have shown up in force over at Gerard Drive,” said a smiling Sebastian Gorgone, the owner of Mrs. Sam’s Bait and Tackle in East Hampton, on Monday morning. “Bass fishing has been good in Three Mile Harbor and folks have been doing well on porgies and blowfish from many of the shorelines as well.”

“Fishing has improved dramatically around here,” reported Ken Morse at Tight Lines Tackle in Sag Harbor. “I’ve seen striped bass anywhere in size between 12 and 35 inches, and porgies up to 18 inches being taken. While a lot of sea robins are around, a few nice fluke have been landed locally too.”

While Morse has not heard of any weakfish being caught, he noted that more bluefish have shown up in recent days. He also advised anglers that blowfish should be in residence. “They are probably at Long Beach now. Just cast from the beach with a piece of clam or worm. Easy fishing.”