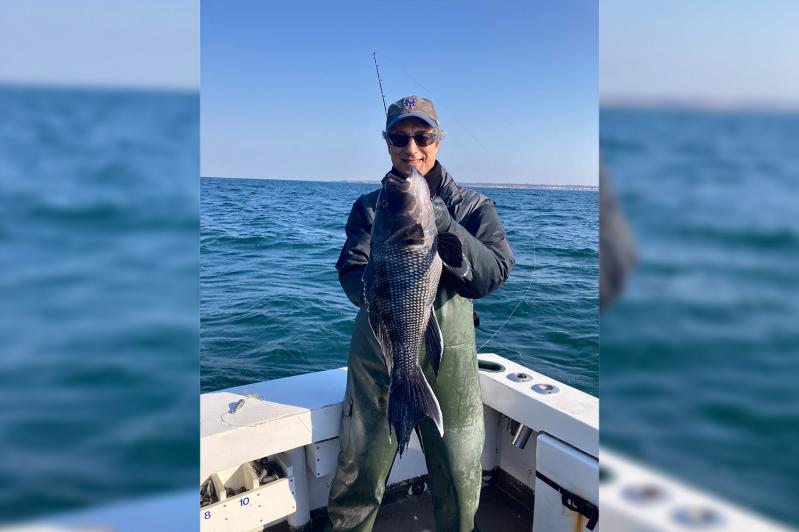 My mobile phone was ringing, and I had a strong suspicion who was trying to reach me on Friday morning. I was in the middle of brewing coffee and preparing scrambled eggs and toast for breakfast. I had a bad feeling as I reluctantly answered the phone.

“The turbocharger on the engine of your boat needs to be rebuilt, or we can get you a new one,” announced Rick Pickering, the owner of Ship Ashore Marina in Sag Harbor, where I’ve docked my boat for the past 35 years, breaking the bad news to me. I took a sip of black coffee. The eggs and toast could wait.

“A new one can cost over $4,000, but I suggest we get it rebuilt,” he said. “I can do it, but I have a guy in Valley Stream who is really very good with turbochargers,” he added, as I absorbed the grim news.

Pickering, who grew up down the street from me on North Haven, is a straight shooter and a total wizard around boats and engines. Very intense, he does not fool around nor provide ill-advised, careless guidance.

He is a true gearhead, something I wish I could proclaim, but sadly, I admit that I fall well below a Sesame Street-level of mechanical aptitude and intelligence. Even Bert and Ernie of the aforementioned neighborhood have a huge leg up on me.

Pickering, and his son Adrian, who also serves as second in command at the marina, picked up those inventive and creative technological genes and aptitude directly from his father, Norman, who had a long multifaceted career as an inventor, musician, acoustical researcher, and musical instrument maker.

A pioneer of high-fidelity audio, he invented the Pickering phonograph cartridge and was one of the founders of the Audio Engineering Society, as well as serving as its first secretary. The nearly full-page obituary in The New York Times in 2015, when he died at the age of 99 at his house in East Hampton, fully encapsulated his amazing life. The man was an ingenious pioneer of many disciplines, a trait that has clearly been passed to his offspring.

Alas, the demise of my turbocharger sadly put an abrupt end to my season on the water. I was disappointed, but realized that my boat would have been hauled out for good in about two weeks. It could have been worse. Yet my checkbook has taken a real beating this fall in boat maintenance costs.

I will now seek to fish aboard some open boat trips sailing out of Montauk and possibly Orient over the next few weeks. I truly enjoy fishing aboard such vessels and with their respective captains. Besides relieving me of the pressure to find fish, it also provides an opportunity to relax and appreciate their fish-finding skills and learn new ways to catch fish. An old dog can always learn some new tricks.

“The fall run of striped bass out at Montauk this fall has been absolutely fabulous,” remarked Harvey Bennett, the longtime owner of the soon-to-close Tackle Shop in Amagansett. “The fish are everywhere, and some big bluefish have shown up too of late. Even the surfcasters have taken advantage of the great action over the past few weeks. It’s been good along the beach.”

Bennett’s sale on all things tackle in his shop continues, with savings of up to 75 percent. He will likely shut the doors for good over the Thanksgiving weekend.

“Fishing along the beach has been pretty good,” reported Ken Morse at Tight Lines Tackle in Sag Harbor. “And the boaters are still doing great on bass at Montauk.” Morse said that when winds allow, those fishing for blackfish have done very well at Fishers Island.

“Blackfish continue to be very cooperative,” said Sebastian Gorgone at Mrs. Sam’s Bait and Tackle in East Hampton. “I still have plenty of green crabs available.” Gorgone added that striped bass are running well on the ocean for surfcasters, and that boaters continue to score with them at Plum Gut and at Montauk.

Gorgone added that those with dive suits, or those donning waders with look boxes, are finding a few bay scallops, enough for a dinner or two, in Three Mile Harbor. “They are getting some, which is nice to see, given how bad it was just about everywhere else.”

Fans of bottom fishing continue to enjoy fine action at Montauk and Block Island. “Blackfish and sea bass are as good as it gets,” confirmed Capt. Hugh Chancey of Chancey Charters out of Montauk Harbor. “Some cod, porgies, and even a few triggerfish, are also mixing in the catches.”