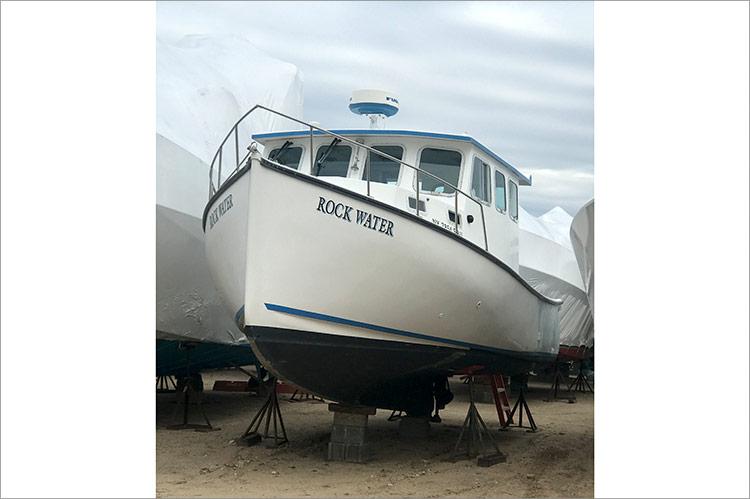 The Star’s fishing columnist’s boat was ready to be launched for the season.
Jon M. Diat
By Jon M. Diat

Even in the world of fishing, COVID-19 has become the center of attention, as many weekend fishing shows have been scrubbed from the calendar, including one that was to have been held in Sag Harbor last Saturday. Many fishermen are bored and frustrated.

Still, as of this week, in fact, spring officially arrives. Hope springs eternal, as the saying goes. While it’s pretty clear that we will be dealing with the effects of the virus for the foreseeable future and taking all the necessary precautions to stay safe (I’m still having a tough time fully understanding the concept of hoarding of toilet paper), I’m putting forth in solitude, preparing my boat for the season and launching my lobster traps into the still-cold waters.

In fact, by the time this story is published, my craft should already be tied to its slip for the season. A fresh lobster dinner is in my near future. It will go well with the half-bushel of steamer clams dug up on a fantastic low tide a week earlier that hangs from my dock. Soft and hard- shell clams were very plentiful this winter.

While obeying the newly termed practice of “social distancing,” on Sunday morning I did a quick stop at Tight Lines Tackle in Sag Harbor. Ken Morse, who has owned the well-stocked establishment for over 25 years, had just flicked on the lights at 9 and was ready for business. I took a seat on a chair a proper distance from my early morning host while Morse turned on some reggae music on his stereo. In Jamaican parlance, his mood was upbeat, mon.

The seasoned purveyor of all things bait and tackle explained that he was to have had a table of goods and wares on display for sale the previous day at the Sag Harbor fishing show. But he was pleased with the number of anglers who came through his door on Bay Street in a show of support. He was expecting another good turnout on Sunday.

“I did better here at the store than what I probably would have made at the show,” he said, near an unopened bottle of Corona beer perched for amusement’s sake on top of a glass countertop. “I actually had a few customers come quite a long distance to make the trip out east. It was nice to see.” Morse was active in the previous days by taking to social media, including Facebook, to make known that he was open and ready to make a deal.

He even relayed some positive early season fishing news. “One person the other day caught and released three small striped bass from Otter Pond here in Sag Harbor and another angler had one deep in the back of the upper cove. It’s a start.”

Otter Pond is a well-known early season bass producer that always contains a winter holdover resident population of bass, which for some reason decide it’s not worth making the swim to warmer waters to the south. Given the warmth of our recently concluded winter season, Morse expects that the bass season over all will get off to an early start.

“It was rarely cold, and we had no snow,” he added. “I also think that if things continue like they have, the porgy and fluke action should be really good when their respective seasons open in early May.”

While the New York State Department of Environmental Conservation has yet to finalize regulations for a number of species, including fluke, black sea bass, and porgy for the 2020 season, it appears that New York will implement a slot limit for striped bass. In the next few weeks, the agency will likely say that anglers can retain one fish per day, between 28 and 35 inches.

The freshwater season, sometimes overlooked here, opens for trout on April 1. “The town of Southampton in conjunction with the D.E.C. has done a great job of late in stocking some of the ponds here,” Morse said. “My daughter and I did very well last year right behind our house.”

Until the month of May arrives, Morse, with his reggae music lilting in the background, will continue to keep his shop open Thursday through Sunday.

As for the once prolific codfish of Block Island Sound and beyond, a good start to the season in early January quickly evaporated to a painful pick. Boats leaving the docks of Montauk have been few and far between the past two months.