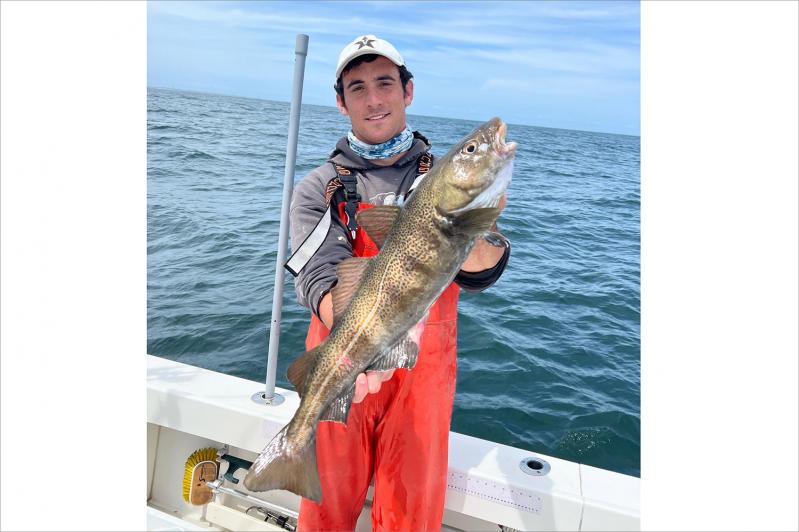 In December, I turned the well-seasoned age of 60. While Queen Elizabeth II celebrated her platinum jubilee residing on the throne with exuberant, royal pomp and circumstance the other week in London, I have no such interest to celebrate my own silver jubilee here in Sag Harbor. Still, God Save the Queen.

So, what’s the big deal about turning 60 anyway? It’s just a number, right? Well, I decided to do a bit of research on it.

As I discovered, this birthday is thought to be a major milestone in some cultures. In China, for example, someone who has arrived at the age of 60 is considered to have completed a full life cycle. The 60th birthday is commemorated with great extravagance because following the 60th year, the person celebrates a new life. Who knew? A new life sounds very exciting. Sign me up.

WebMD, an online medical advice site, provided me with a more somber diagnosis: “Many people in their 60s start to notice that their minds aren’t quite as sharp as before. It may take you longer to recall names and facts, recognize patterns, or solve problems. This mental decline only continues as you age.” Such uplifting news. Thanks, Doc.

On the positive side, the site added that “your vocabulary, knowledge, and long-term memory likely will stay stable.” Perhaps I should submit my application to be a contestant on the game show “Jeopardy”!?

Even the United Nations has addressed the age of 60. Historically, the intergovernmental organization defined an “older” person as anyone 60 years or older, regardless of that person’s individual history or where in the world they live. The U.N. also commemorates International Day of Older Persons every Oct. 1. How nice of them. At least I have a few months’ notice to plan my celebration . . . as long as I can remember the date.

As for fish, crustaceans and mollusks alike, I also learned that some species also enjoy quite a long life. Lobsters smart enough to avoid a lobster trap can live to almost 100. Striped bass and blackfish max out at 30, while fluke can sometimes make the 20-year mark.

The winner of the long-life (and beyond) award is the ocean quahog clam, which resides in the mud and sand off the coast of Iceland. In 2006, scientists confirmed one specimen to be 507 years old. Its longevity was even recognized in the “Guinness World Records.” Sadly, the scientists examining the clam killed it while trying to determine its age. Clearly, it clammed up under interrogation. Nobody really wants to reveal how old they are, do they?

Our local hard-shelled favorites can live happy as a clam for upward of 35 years. Their cousins, the soft-shells, also known as steamers, don’t even get to enjoy being a teenager; they live only seven to 12 years.

As for myself, I can comfortably say that I’m okay in being classified as “older.” I can deal with that. I just hope I have many more years ahead to enjoy.

On the local fishing scene, the action has generally been good in many locales, and anglers of all ages have taken part.

“The fluke bite has finally picked up here in Sag Harbor and over near Bug Light in Orient,” confirmed Ken Morse at Tight Lines Tackle in Sag Harbor. Morse said that the keeper-to-short ratio was running around 50 percent. “Striped bass fishing remains very good at the South Ferry and over at Jessup’s Neck, too.” He added that weakfish are still biting well in Noyac Bay.

Over at Mrs. Sam’s Bait and Tackle in East Hampton, the owner, Sebastian Gorgone, was singing a happy tune on Sunday afternoon. “Bluefish are just about everywhere, especially along Gerard Drive, and there are striped bass galore in Three Mile Harbor, and they vary in all different sizes.” He added that porgies are plentiful, and that a few fluke have begun to show up in their usual haunts.

It appears the action on fluke is also on the uptick in Montauk. “Saturday was not a lock-and-load day, but it was definitely the best day so far this year,” observed Capt. Jamie Quaresimo of the party boat Miss Montauk IV. “Fishing is definitely picking up.” Whether sautéed in a hot pan or served sashimi-style adorned with a drop or two of soy sauce and a light swab of wasabi, fluke have many ardent fans, and the news of better catches is certainly welcome.

Want striped bass? Well, Montauk again continues to be on fire with stripers of all sizes landed in recent days.

Capt. Savio Mizzi of Fishooker Charters, a strict aficionado of only implementing light-tackle to seek prey, put his fares this weekend onto stripers to over 50 pounds for catch and release.

Now that’s an old bass for sure.