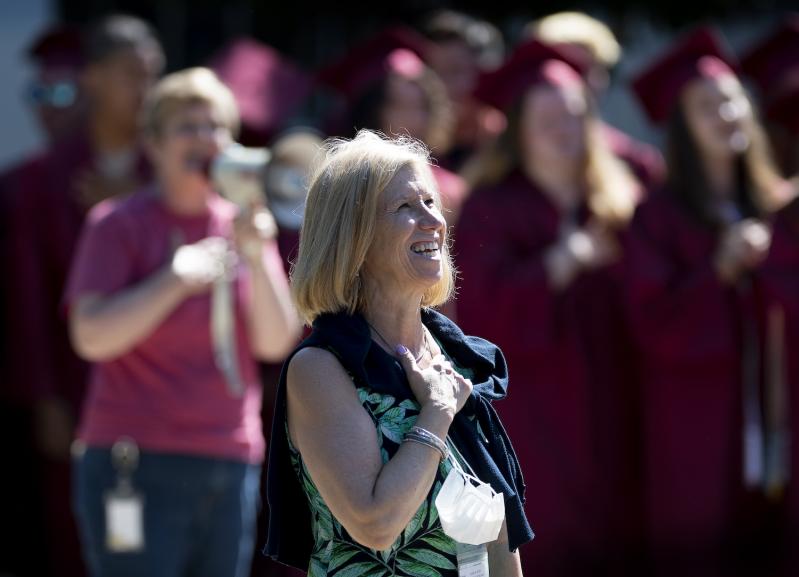 Debra Winter, who was hired as Springs School superintendent in the spring of 2017 and started her post in July that year, confirmed Monday that she is planning to retire in June 2024 after completing what will have been her seventh year with the district.

During her tenure in Springs, Ms. Winter oversaw an approximately $23 million capital project that significantly expanded and upgraded the school facilities. Prior to coming to Springs, she was an assistant superintendent in the Longwood Central School District and an adjunct professor at Dowling College in Oakdale. She was a special education teacher for many years.

The Springs School District has not announced Ms. Winter's retirement formally. Instead, the news trickled out in the form of a single line — "superintendent search cost" — that is listed within a PowerPoint presentation set to be delivered on Tuesday at 7 p.m. during a Springs School Board work session, special meeting, and preliminary budget discussion. Ms. Winter confirmed her retirement to The Star via text message.

Barbara Dayton, the school board president, said by phone on Monday that "we will have to make room in our budget for hiring consultants like we did last time." She also said that Ms. Winter "has been clear" to the school board about the timing of her planned retirement.

Springs is the second school district locally to be embarking on a superintendent search. Jack Perna, the longtime superintendent and principal of the Montauk School District, is retiring at the close of this school year in June.

The Springs School Board, Ms. Winter said, recently offered her a two-year contract renewal, but she elected to negotiate one year because she was looking toward retirement. She will have worked a total of 41 years in education. Among her career highlights, she said, was successfully reopening school amid both construction and a global pandemic and submitting and receiving grant money for a new, full-day universal prekindergarten program. She also said she has enjoyed working with the school board.

"Whoever comes in is getting a really fabulous board that cares about kids and doing the right thing," she said.

She said she hasn't formally submitted a retirement letter, but she wanted to plan ahead, budget-wise, because the last time the district did a superintendent search, it cost $20,000.

Also according to Tuesday's special meeting agenda, Robert Doyle, who has been the district's business administrator for less than a year, is set to tender his resignation effective immediately. Michael Henery, who retired from that position in June 2022, is to be appointed interim business administrator on a part-time basis while Springs seeks a permanent successor. His work for Springs will be mostly remote, as he has since moved to Pennsylvania.

Mr. Doyle, who had completed his mandatory administrative internship with Springs last year and trained with Mr. Henery, is taking a position in East Quogue, closer to where he lives, Ms. Winter said.