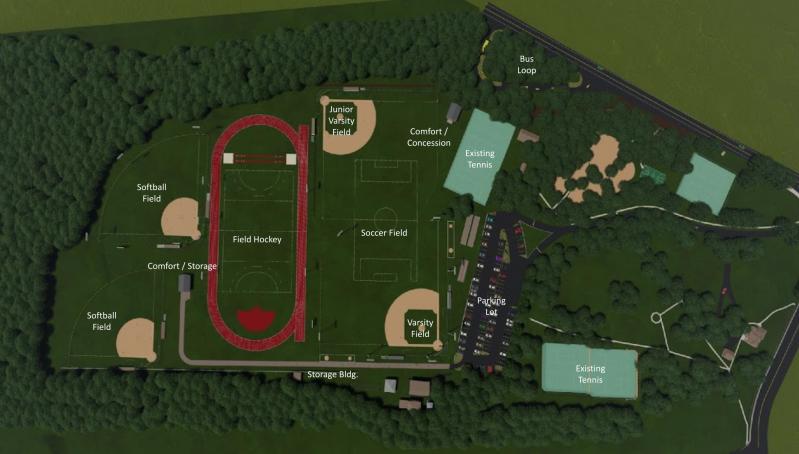 Sag Harbor School District voters will have a chance on Sept. 29 to weigh in on a proposed $13.5 million renovation and upgrade of Mashashimuet Park.

While the school board has yet to finalize the language for a ballot proposition, on Monday the district began discussing the anticipated impact that the project would have on residents’ taxes in the future.

According to Jennifer Buscemi, Sag Harbor’s school business administrator, if voters approve the project it would not affect the current 2022-23 school year’s budget or tax rate. That’s because the district won’t have to make any payments until the 2023-24 school year. At that point, for a property valued at $1 million, a homeowner would pay an additional $54 per year, or $4.50 per month, toward the loan’s interest. The following year, when the principal payments kick in, residents would pay approximately $88, or $7.35 per month, more.

Ms. Buscemi described the financial plan as conservative, based on interest rates that may be as high as 4.5 percent. “This really is a worst-case scenario. We anticipate this going down and being lower,” she told the school board.

Administrators have pledged that there will be a chance for the public to comment on the project before the vote in September.

Also Monday, the school board elected Sandi Kruel, a longtime member, to be the new board president. During her previous four terms on the board, she served at least four other times in that capacity. She succeeds Brian DeSesa, who was president for the last two years and who is now the board’s vice president.

Matt Malone, the Sag Harbor Elementary School principal, announced that the district’s summer academy was still enrolling students in grades two through six for academic help, so they can maintain and boost their skills in reading and math while having fun. About 50 children have signed up so far. Interested parents can call the school office at 631-725-5301.

“It’s a great way for kids to stay in touch with their studies,” Mr. Malone said.

Mashashimuet Park's History and Future
A Conference for Young People to Create Solutions
Get Outside, Get Moving
END_OF_DOCUMENT_TOKEN_TO_BE_REPLACED