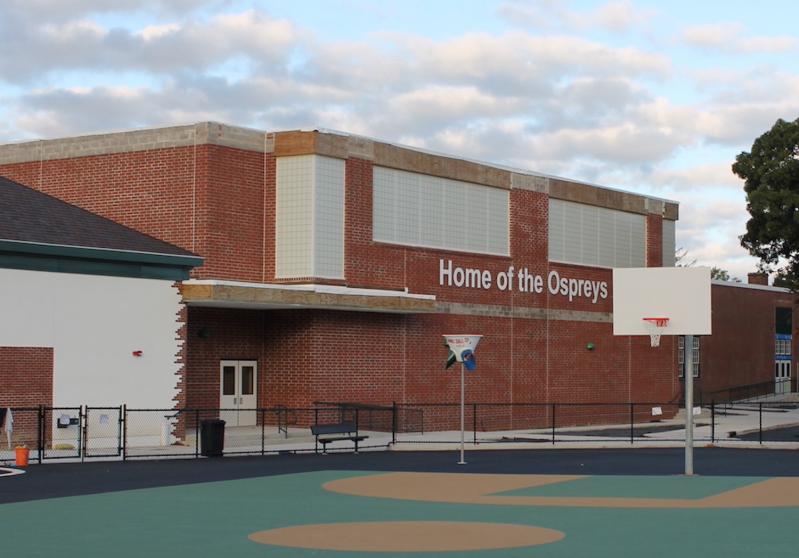 Two major transitions at the Springs School this year, a return to a nine-period schedule and the implementation of a “restorative justice” discipline policy, have met or exceeded expectations, school officials reported during a school board meeting on Tuesday.

Christine Cleary, the principal, and Josh Odom, the assistant principal, said the classes added into the nine-period day helped students make up for academic losses during the pandemic, and said the discipline policy helped them learn accountability for disruptive actions.

“Restorative justice” is an approach that shifts discipline away from in-school and out-of-school suspensions (I.S.S. and O.S.S. respectively). It puts the onus on the students themselves to make amends for what they’ve done by completing an “accountability project,” after school, over the course of three days. The project culminates in a presentation to administrators, and sometimes the teachers and students who have been harmed as well.

Middle schoolers are required to make a slide show, while younger students make a poster, in each case showing that they understand what they did wrong, what they learned from it, and how to move forward in a healthier way.

Rachel Cook, one of two teachers who joined Mr. Odom in developing the approach, said “a lot of emotions come up” during the sessions with the kids, “but it’s all really therapeutic for them. Sometimes they don’t even realize why they do these things, and throughout this process they realize that maybe they’ve been hurt in a certain way and that’s why they’re acting this way. It’s been a time for them to reflect on what they did, connect with their teachers, and make amends for what they did.”

“We have not had a lot” of repeat offenders, said Michael Biggs, the other teacher who helped implement the program. “The objective is to keep the kids in classrooms as much as possible.” Sometimes, he said, “we learn things that we might not know” about what’s going on in students’ lives. They just need someone to listen, he said.

On the topic of the nine-period day, Ms. Cleary said that “everything we set out to accomplish . . . worked.”

Sixth graders now get Spanish lessons every day as opposed to every other day, and students in both accelerated and remedial programs are able to still enjoy “specials” such as art and music, which they missed out on during the eight-period day. There are three lunch periods instead of two, making it easier for staff members to supervise and reducing behavioral problems during recess. Math, reading, and writing labs were implemented for students who needed extra help, which Ms. Cleary said makes up for the eight minutes lost from each of the original eight periods to create the ninth.

“Everybody feels that we are in a very good place with our students,” she said. “It seems like everybody is definitely on board,” referring to the many teachers and other staff members who were asked for feedback.

A future goal, she said, is to incorporate “zero period” programs — those that take place before the official start of the school day, such as band and chorus — into the full-day schedule.

Also on Tuesday, Ms. Winter, who is in her fifth year as superintendent, received a two-year contract extension. Her salary will increase to $201,668 for the 2022-23 school year, and to $204,698 for the 2023-23 school year. The vote on the school board was 3-0, with Barbara Dayton, its president, absent, and David Conlon abstaining.

The board also awarded a contract that includes three additional “alternate” elements for the construction of a new playground for kindergarten, all totaling $268,000, which fits within the budget. The plans preserve the existing “cheese” structure, which resembles a piece of Swiss cheese and is said to be wildly popular with the children. The plans also keep the handicap-accessible swing set, which was donated by a local Girl Scout troop several years ago.

Only about half of the playground will include a rubber surface — the rest will be wood-fiber — and Kristy Lamonda, a special education teacher, pointed out that that will affect students with special needs.

“I understand finances are tight,” she said, [but] “we’re making it so that no one in a wheelchair or with limited mobility will be able to interact on half of the playground.”

Tim Frazier, the board’s vice president, told her that the district’s architects have confirmed that in the future, if money can be found, rubber surfacing can replace the wood-fiber chips.

In other Springs news, the superintendent and school board sang the praises of two members, Mr. Conlon and Amy Rivera, who have each served two three-year terms, and whose terms are coming to a close. Ms. Winter and Mr. Frazier thanked them for their service, and they were celebrated with cake afterward.

The board also thanked Sportime in Amagansett, which has for many years allowed Springs School student-athletes to use its facilities.