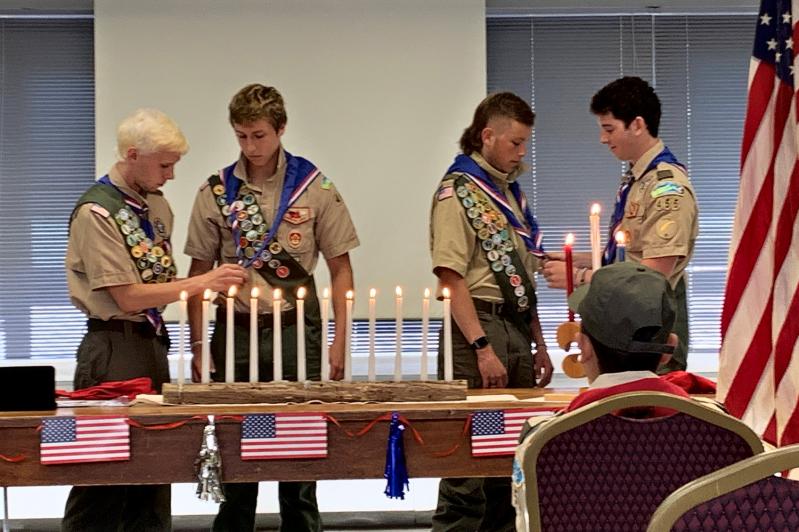 James Farrell of East Hampton and Troy Remkus of Sag Harbor are the latest local teens to achieve the highest honor the Boy Scouts community has to offer — that of the Eagle Scout.

Twelve years ago, Troy joined the Scouts because he loved camping and games, but over the years, he said, he gained a lot of important skills and became a leader and good citizen. His Eagle Scout project was raising money to build, and then installing, artificial reefs and oyster beds in Genet Creek to improve the health of the waters there.

James joined the Scouts as a first grader. His Eagle Scout project was the construction of a kiosk at the parking area where the Paumanok Path and Northwest Road intersect, which is known informally as the “ghost town hike.” Visitors will be able to access information on points of interest including an abandoned settlement, a cemetery, and the site of a former schoolhouse.

James and Troy are members of the same troop. Troy will attend Florida State University to study economics and international business. James will attend SUNY Polytechnic to major in mechanical engineering.

They were assisted at their Court of Honor ceremony by Tristan Remkus, Troy’s older brother who became an Eagle Scout in 2019, and by Ryan Brown, Max Yardley, and Addison Cook, who became Eagle Scouts in 2015. All are current or past members of Troop 455.