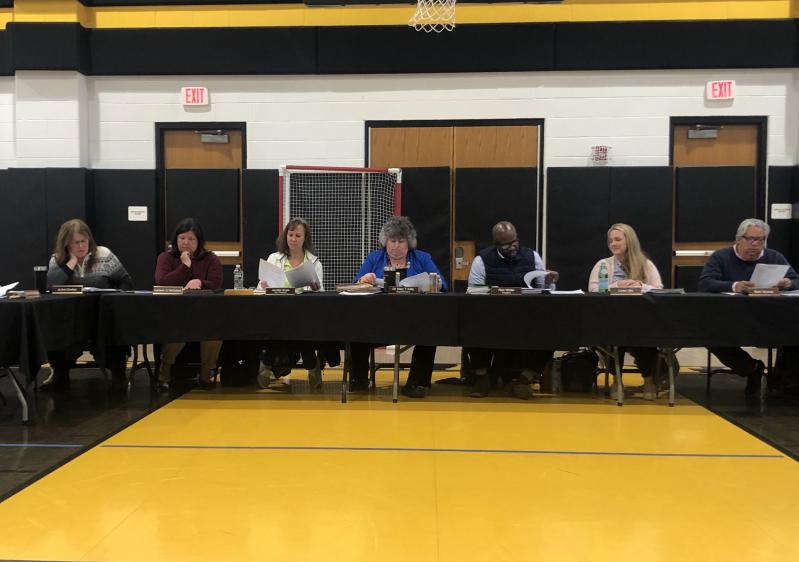 Coming off a year that saw its over-the-tax-cap budget pass on the second try by a single vote, the Bridgehampton School District’s proposed spending plan for 2022-23 adheres to the state limit on tax-levy increases.

Since the tax cap was instituted in 2012, Bridgehampton successfully rallied enough support — at least 60 percent of voter approval — to override that cap three times. The proposed tax-levy increase for next year, 1.56 percent, sticks to the state mandate, which means the district needs just a simple majority of “yes” votes for the budget to pass. It’s one of Bridgehampton’s most modest increases in the last 12 years, which have seen tax levies rise as much as 13.72 percent. That was for the 2018-19 school year.

The overall 2022-23 budget stands at about $20.96 million, which includes a year-over-year spending increase of about $299,000, or 1.45 percent. The school board is expected to vote on adopting the budget on April 13, with a public hearing scheduled for May 4 at a time yet to be announced. The vote is May 17.

Originally, in February, the district’s first-draft budget stood at $21.02 million, but that has since been reduced. During an update on March 23, Ann Macaluso, the interim business administrator, said downward adjustments in spending came from a “reduction in expenses based on actual expenses” during the current year.

“We sharpened the pencil,” she said.

Ms. Macaluso also said, however, that the district’s anticipated revenues had to be decreased because it is likely that there will be less money coming in from tuition from out-of-district students.

“When you rely on tuition, it’s very volatile,” she said.

Bridgehampton expects a budget bump from New York State, which is “awash in money” for schools thanks to federal funding, The New York Times reported in February. The school district is also in the process of prioritizing various upgrades and repairs for its facilities. “We’re going to be making some decisions on what needs to be done,” said Mary Kelly, the superintendent.

In the audience last week was Pamela Harwood, formerly the chairwoman of the Bridgehampton Citizens Advisory Committee, which had been appointed by Southampton Town to weigh in on municipal affairs. All of its members recently resigned, and Ms. Harwood is now part of a new effort to form a private, nonprofit civic association for the hamlet. Saying the district’s budget proposal “sounds like something we could get behind,” Ms. Harwood invited school officials to the group’s next meeting. Ms. Kelly readily agreed.

Earlier in the school board meeting, Ms. Harwood, who is also the director of the Horticultural Alliance of the Hamptons, offered the donation of a burr oak tree to the school. It is part of the organization’s ongoing process of planting more native trees throughout the hamlet for both environmental and aesthetic purposes.

“We will not only donate the tree and deliver it, but we’ll give you instructions on how to plant the tree,” said Ms. Harwood, who recently toured the campus with Ms. Kelly and Michael Miller, the school principal, to determine where such a tree could be placed for maximum benefit. A spot near the playground has been suggested.

The idea was warmly received by the school board. Members suggested the tree could be planted in honor of Zbigniew Lutrzykowski, a longtime custodian who died unexpectedly in November. Ziggy, as he was known, was a beloved figure at the school. Ms. Vinski thanked Ms. Harwood for the donation.

“It will be nice to put some trees back because we lost a few” during the recent construction project, she said.

Mashashimuet Park's History and Future
A Conference for Young People to Create Solutions
Get Outside, Get Moving
END_OF_DOCUMENT_TOKEN_TO_BE_REPLACED