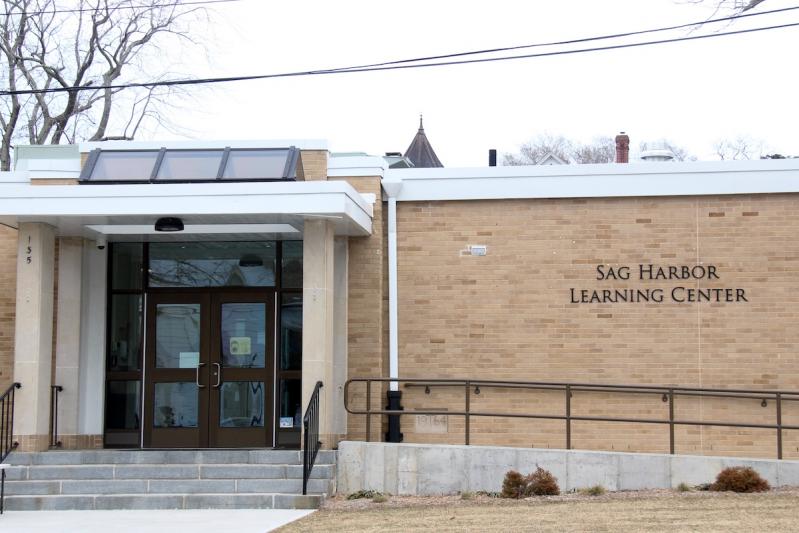 The Sag Harbor School District was over budget by about 20 percent for the transformation of the former Stella Maris Regional School into the Sag Harbor Learning Center, according to an auditing company hired by the district to examine the project’s final expenses.

Ernest Smith, a managing partner of the firm Nawrocki Smith L.L.P., said during Monday’s school board meeting that costs had ballooned by $2.1 million over the $10,233,500 that was approved by voters in May of 2016 for the purchase and renovation of the building for an early-childhood education facility. Of that amount, $3.3 million went toward the purchase of the property from the Catholic Diocese of Rockville Centre.

Mr. Smith suggested the overspending was the result of multiple staffing shifts in the school’s business office, two changes in the architectural firms overseeing the work, and an evolving completion date and scope of the project. “What we saw was a lot of different people involved in the project during this time frame, with no one central person really tracking what was occurring from the project’s perspective,” he said, noting that there was “no evidence or indication of malfeasance or money that was missing.”

The audit showed that most of the cost overruns took place during the 2019-20 fiscal year, stemming from inflation on construction materials, a problem with a retaining wall, and unexpected obstacles in the flooring and plumbing installation.

As it delved into the audit, Nawrocki Smith also experienced difficulties in obtaining records from the district. Some of them were obtained directly from the architects. “When we analyzed the records, we saw that there needs improvement in controls regarding keeping these records organized in a consistent manner,” said Dimitris Bantileskas, a director of the auditing firm.

The Learning Center opened in 2020. The district initially planned to lease space in the new facility to a private day care center to offset the cost of buying and renovating the building, but after the onset of Covid-19, that plan was scrapped when administrators needed more space for social distancing. The district later launched a full-day prekindergarten program there, upgrading the half-day program it had operated for many years.

Mashashimuet Park's History and Future
A Conference for Young People to Create Solutions
Get Outside, Get Moving
END_OF_DOCUMENT_TOKEN_TO_BE_REPLACED