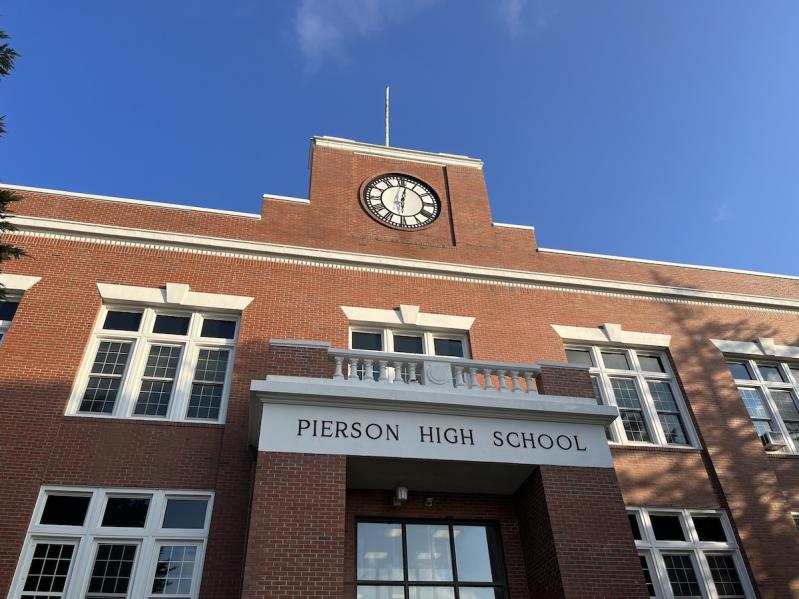 The Sag Harbor School District and IBI Group, the architectural firm hired in 2017 to carry out the transformation of the former Stella Maris Regional Catholic School into the Sag Harbor Learning Center, have reached a settlement, following a conflict over how much IBI Group charged for its services during a period in which little to no work took place.

According to records obtained from the district via New York State’s Freedom of Information Law, IBI Group filed a breach-of-contract lawsuit in December 2021 claiming the school district owed it $246,671. That number was based largely on a contract, signed by Sag Harbor’s former superintendent, that paid the firm an additional “administrative fee” of $24,500 per month, which IBI Group insisted it was owed even as the construction project was subject to long delays and cost overruns of about $2.6 million.

The architects and the district agreed to third-party mediation, thus avoiding lengthy and costly litigation. The parties settled for $123,756, a savings for the school district of close to $123,000.

Because of a confidentiality clause, Jeff Nichols, the district superintendent, is barred from commenting on the settlement, which was reached on Oct. 17. Annalee J. Cataldo, an attorney for IBI Group, did not return an email seeking comment.

The settlement states that it is “a compromise of a disputed claim and is not to be construed or interpreted in any way as an admission of liability, fault, and/or responsibility” on the part of either the district or the architectural firm. The settlement also bars both parties from making “negative or derogatory statements or remarks” about each other.

Sag Harbor voters approved the district’s purchase of the Stella Maris facility in May 2016, with what was initially advertised as a $10.23 million project (including $3.3 million to buy the property from the Catholic Diocese of Rockville Centre). The Sag Harbor Learning Center, which houses the prekindergarten program, opened a year late, in the fall of 2020, amid the Covid-19 pandemic.

Meanwhile, Sag Harbor school officials, seeking to tap the district’s repair reserve account to fix the roof over the middle school wing of Pierson Middle and High School, held a public hearing on the proposal on Monday, as required by state law.

Jennifer Buscemi, the district’s business administrator, said the existing roof has lasted nearly 30 years but is now in need of attention. “We are getting some water seeping under the roof,” she said. Additionally, thermal scans of the insulation underneath the roof indicate that those components are wet. “Eventually, we are going to get water in the building,” Ms. Buscemi said.

Replacing the entire roof would have cost $720,000, but the district opted instead for a restoration involving Liquitec, a roofing material that seals and coats to protect from the elements, at a cost of $350,000. That money would come from the repair reserve account, which is flush with $1.24 million.

Why not just put in a brand-new roof with that money, then? It’s not that simple, Ms. Buscemi said. Because a new roof wouldn’t be considered a repair under state guidelines, the full amount would have to be incorporated into the district’s next operating budget, significantly impacting taxes. The Liquitec solution, however, fits the state’s strict guidelines for repairs, which means Sag Harbor could access the reserve account meant to pay for exactly this type of project without raising taxes.

The project would have a 20-year warranty, Ms. Buscemi said.

Monday’s public hearing was attended by just two community members, including Dominic Lapierre, who is active on the district’s Educational Facilities Planning Committee. He complimented the district for doing its homework and called the proposed repairs “a thoughtful approach.” With regard to the reserves — a complex system in which schools put end-of-year surpluses aside to cover future expenses — Mr. Lapierre said, “There are a lot of districts in New York that don’t take on those challenges, and they stumble along.”

In addition to the repair reserve hearing, the school board heard a proposal from Scott Fisher, who oversees technology for Sag Harbor, for how to use $171,720 in money received from the state’s Smart Schools Bond Act.

It will break down to $86,398 for wireless internet upgrades — which will support more than 3,000 devices that use Wi-Fi — and $84,450 for interactive smart boards for classrooms, with a little left over for contingencies.

The plan now goes to the State Education Department for review.

In brief remarks on Monday, Mr. Nichols said that the district is waiting for the Southampton Town Board to discuss helping the school district buy property on nearby Marsden Street for an athletic field, using the Community Preservation Fund.

The controversial plan to spend $3.325 million from the school district’s capital reserves toward the purchase divided the Sag Harbor community, but voters approved it on Nov. 3 by a tally of 638 to 521. Southampton Town Supervisor Jay Schneiderman told The Star on Nov. 8 that the board was taking a wait-and-see approach ahead of the public vote.

“We are waiting for the Southampton Town Board to hold the hearing and, roughly two weeks later, a vote,” Mr. Nichols said. “We were initially told that would be on Oct. 11 and 25. Obviously, those dates have passed. Our next steps really can’t move forward until those pieces happen, so we’re waiting.”