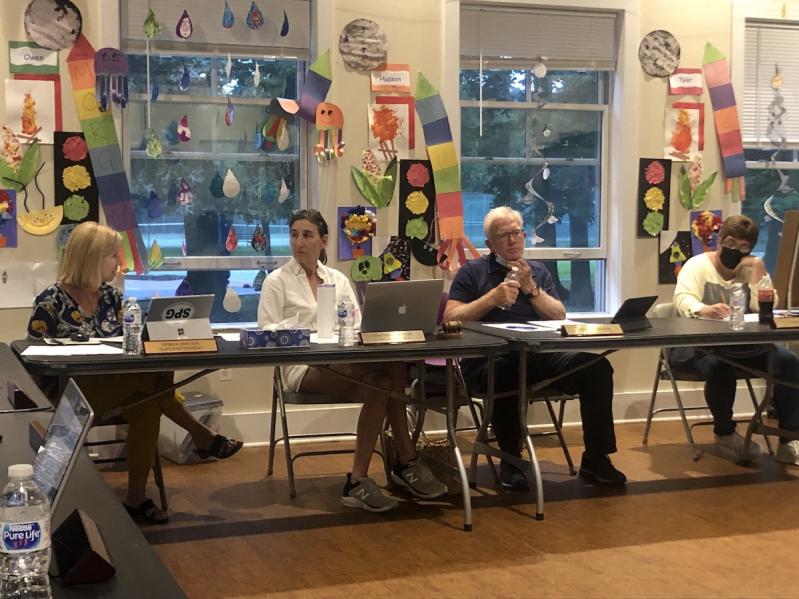 A new approach to disciplinary action is on the horizon in the Springs School District, where administrators are looking to adopt "restorative practices" in which students themselves play a role in determining the outcome of incidents.

Also called restorative justice or restorative intervention, it is not a new concept in the world of education, but it would be new to Springs if the school board decides to incorporate it, in whole or in part, into the official code of conduct. The district has invited its families and community members to share their opinions on the code until Sept. 8; the full policy has been posted at springsschool.org.

Imagine a system in which a student offender sits down with the person whom the offensive behavior affected, along with a mediator, and together they talk about the problem and craft a plan that rights the wrongs and helps students understand the impact of their actions. For example, a student might write letters of apology or do community service to make up for his or her actions.

Joshua Odom, the school's new assistant principal, described the approach as the opposite, basically, of zero-tolerance discipline, which calls for detention or suspension when a student misbehaves.

"Instead of the school excluding a student from the learning experience, we actually use that as an opportunity to lean into the learning," said Mr. Odom, who taught English in the East Hampton School District prior to his arrival in Springs, and who researched this concept while working on his graduate degree and administrative certification.

Consequences such as suspensions create mistrust in students who may already be feeling disengaged from school, but restorative practices are "about community building, repairing relationships, and letting kids learn from their mistakes," Mr. Odom said.

During Monday's board meeting, Christine Cleary, the school principal, commented that schools are moving away from zero-tolerance policies. Springs already incorporates elements of restorative intervention, "but there is a common language I think that we're missing." Training for school counselors and teachers is on the horizon, she said, should the district's code of conduct be updated in this way.

Adam Fine, superintendent of the East Hampton School District, said this approach has had an impact there. "The model works very well, especially when you have many staff members trained in its practice," he said by email on Tuesday.

Research has shown that incidents resulting in suspensions fall when the new approach is introduced. In 2018, National Public Radio and the nonprofit organization Child Trends partnered for a national study of school incidents, using data collected between 2012 and 2016. The study found that the percentage of students suspended at least once per school year decreased from 5.6 percent to 4.7 percent. The difference was even more pronounced when the focus group was narrowed to high school students only, with suspension rates falling from 9.6 percent to 7.6 percent. Latino students were 30 percent less likely to be suspended, and suspension rates also fell significantly for Black students and disabled students.

"If there is a misstep by a student, one strategy would be to have a restorative circle — a mediated conversation with an outside party, where the victim and the person who caused the infraction would sit down and share their sides," Mr. Odom explained. "The mediator's goal is to come up with a plan to heal the relationship and create an appropriate consequence, and what that does is allow both parties to walk away feeling that they understand why it was wrong and repair the harm they have done. The person who was harmed walks away feeling like they were heard and that their input matters in that process."

That's not to say serious or violent incidents won't be disciplined accordingly, Mr. Odom said. He noted there could also be cases in which bringing the offender and the victim together could cause more harm than good. "There still have to be consequences for students, and that is understood. A restorative model might not be your first approach in extreme situations."

"The object is to keep kids in school, in the classroom, in the learning experience, and learning from their mistakes," he added. "It is inevitable that they will make mistakes. We want those missteps to be learning opportunities as well."

Also up for public comment is the district's school safety plan, which can also be found on its website.