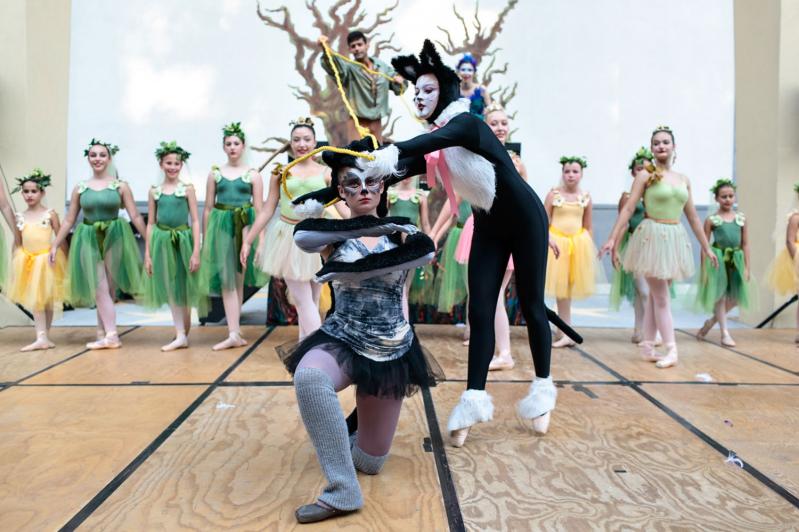 Hampton Ballet Theatre School's performance of "Peter and the Wolf" will return in full force for its 14th year with four new casts at two locations, including, for the first time, Herrick Park in East Hampton.

With the show's return, ballet leaps gracefully onto the South Fork again for the first time in over a year.

"The orchestra, the dancers, and myself, we're very excited to be doing a live performance again," the director Sara Jo Strickland said.

The ballet will be stages on Friday, July 30, at the Children's Museum of the East End in Bridgehampton and on Tuesday at Herrick Park. The Hampton Ballet Theatre School will be joined by the Hampton Festival Orchestra and an unnamed guest narrator for the performance. The ballet school's ongoing collaboration with the orchestra is a "rare" thing for a school to have, Ms. Strickland said; they have worked with the 25-person orchestra for 13 years.

The production has been held in Montauk in the past, but this year the ballet moves to Herrick Park instead. The change was influenced by Kate Mueth and the Neo-Political Cowgirls' recent performance of Shakespeare in the same park. Ms. Mueth, who teaches acting at the ballet school, mentioned the venue to Ms. Strickland, who then spoke with the East Hampton Village Board, which was supportive.

The school will perform twice at each location. Each performance has a unique cast of 31 dancers, ages 4 to 18. "Every time you see it, it'll be a whole different cast," Ms. Strickland said. The casts prepare by attending a 10-week workshop and rehearsing every Saturday; the older dancers rehearse during the week as well. Guest narrators round out the performance.

The school's programs went online in March of 2020, and the older division returned to in-person classes in June the same year while the younger children's programs resumed later. "I've had live classes for a while, and now finally [the students] can show off their skills," Ms. Strickland said, adding that she is "excited for people to see how far they've come."