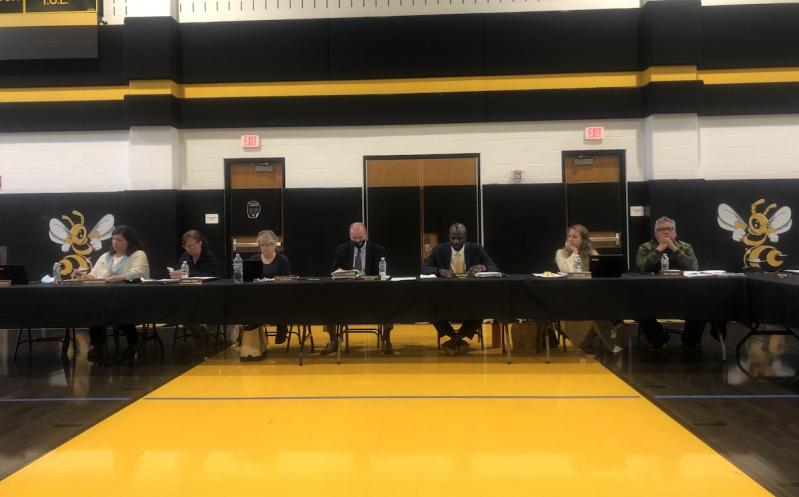 The Bridgehampton School District has chosen to place the same over-the-tax-cap $20.66 million spending plan on the June 15 budget ballot, with school board members appealing to the community for a second chance at the supermajority of voter approval needed for it to pass.

On May 18, the Bridgehampton budget was just two votes shy of that supermajority. The final tally was 150 to 103, or just over 59-percent voter approval when 60-percent approval was required. The proposed tax-levy increase is 8.93 percent, with a $1.67 million increase in overall spending.

"We're asking for what we need, and I think we have to be confident in that," Lillian Tyree-Johnson, the school board vice president, said at the May 26 board meeting. She believes that "we can get the people who fell down on the job" to come out and vote "yes."

Ron White, the school board president, agreed. "I'm asking for consideration . . . based on what we've been through in the last year and a half," he said. "I think things would be different if we didn't have to spend a fair amount of revenue . . . to align ourselves to be cognizant of the pandemic."

He was referring to the more than half a million dollars the district had spent from reserve accounts to pivot to remote instruction in the spring of 2020 and prepare for return of in-person learning later that year.

Unlike many of its neighboring districts, Bridgehampton did not receive any Covid-19 relief money from the federal government.

"Other districts got millions," said Jennifer Coggin, the school business administrator. "We have 52 percent of our population below the poverty line, but they based it on the assessed values" of real estate within school district borders. She has appealed to Assemblyman Fred W. Thiele Jr. to intervene with Senator Chuck Schumer on behalf of the district; Mr. Thiele said by email this week that he is in the process of doing so now.

"As we told Mr. Thiele, the students are not representative of the community wealth ratio," Ms. Coggin said. "If we got some funding, we could have offset some of the [Covid] costs. I believe we would still have had to pierce, but not by as much. . . . We took a hit, and we didn't get any reimbursement for it."

Kathleen McCleland, a board member, said "so much of what is in that budget is fixed costs that we do not have control over."

"It's not as if there's all these wish-list items in there that can get us to the point where we wouldn't have to pierce," she said.

Included in the Bridgehampton budget is more money for utilities and maintenance on the newly renovated and expanded school building. Academic programs, such as in-person prekindergarten for 3 and 4-year-olds, popular offerings like the robotics club and marimba band, and after-school recreation and homework help, are preserved. If the district is successful in piercing the tax-levy cap, taxes on a house with a fair market value of $1 million would increase by $143 for the year, or about $12 per month.

Voting is on June 15 from 2 to 8 p.m. in the school gym. Should the budget fail a second time, Bridgehampton would be required to adopt a contingency plan, sometimes called an "austerity budget," in which no tax-levy increase is permitted. To accommodate the rising but contractually mandated costs, there would likely need to be thousands of dollars in spending cuts, school officials have said.

"It's all about stepping up and showing up," Mr. White said. "We had an overwhelming push in approval to do this beautiful expansion that we needed, to progress in rigorous academics, athletics, and everything that we do here. . . . It's time to keep the Hive going. Let's show up and cast the vote."

Of the five Long Island school districts that sought to pierce the tax cap, Sagaponack was successful and Bridgehampton, Three Village, Islip, and Wantagh were not. For the re-vote, Bridgehampton and Three Village are opting to put up the same budget figure, while Islip and Wantagh are changing up their spending plans.