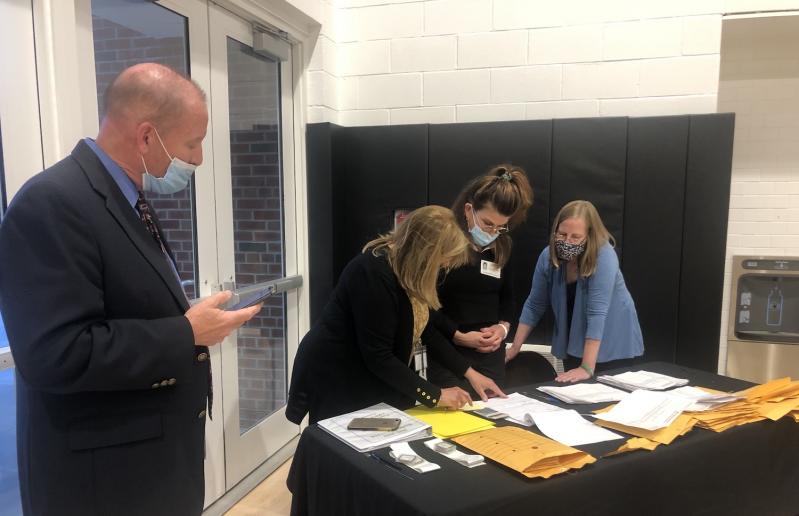 After falling just two votes shy of passing its over-the-tax-cap $20.66 million budget plan in May, the Bridgehampton School District found itself with a margin of just one vote that tipped the scale in favor of the budget on Tuesday.

"I'm very grateful that we were able to get over this hurdle," Ron White, the school board president, said after the votes were tallied. "It is very clear that we still have a lot of work to do with respect to . . . getting the community to understand the value of what it means to have a vibrant school in our district."

The passage of the budget means fewer tough spending choices ahead for the district. Had it failed a second time, Bridgehampton officials would have had to carve about $1.37 million out of a spending plan that was already "fairly lean," as the superintendent, Robert Hauser, described it in May.

The spending plan stayed the same, but what changed this time around was the tax-levy increase. An 8.93-percent tax-levy increase anticipated when the budget was first put before voters was knocked down to 6.49 percent — still piercing the tax cap — when $400,000 of unanticipated income was discovered during a re-examination of the original spending plan. There is also a possibility, school officials said, that there would be a revenue increase of $150,000 in state money for Bridgehampton if the school's new construction project is completed by July 1, which could further reduce the tax burden on residents.

Mr. White emphasized that the school board members who are making spending decisions are themselves taxpayers in the district. "The tough decisions that we make at the board meetings directly impact us as well. We're not a separate entity that comes from a different location."

But merely passing the budget isn't good enough. He said he hopes he has the chance to discuss the district's finances with those who did not vote "yes," and like any good sports coach (Mr. White oversees the school's boys basketball program), he summed it up with a metaphor. "There is some relief, but . . . there's a difference between being a winner and a champion. A winner will say there's relief and 'congratula-tions, we got the supermajority.' The champion is going to say, 'I would love to sit down with the 120 stakeholders who are not confident with respect to supporting the budget.' "

He encouraged those who may be unhappy with the outcome to attend board meetings and take their concerns to any of the seven school board members. The board, which provides three opportunities for public comment at each of its meetings, will meet next on Wednesday at 6 p.m. If it is a remote meeting, a link will be posted in advance on the district website.

With reporting by Bella Lewis