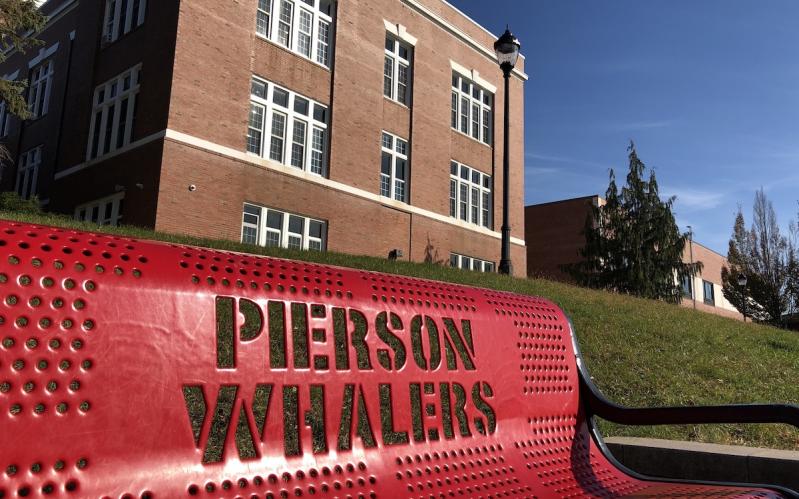 The Sag Harbor School District will put a voluntary Covid-19 testing program in place within the next two weeks in an effort to keep the schools open even if the infection rate rises further in the community.
Carissa Katz
By Christine Sampson

As school staff, including nurses, therapists, and teachers, lined up to be vaccinated this week, school districts continued to grapple with plans to conduct Covid-19 testing all while trying to not let the virus upend children’s education.

The Springs School District announced during Monday’s school board meeting that its physician, Dr. Gail Schonfeld of East End Pediatrics, would soon be scheduling a vaccine clinic specifically for school personnel. Debra Winter, the district superintendent, said Springs staff members, like many throughout the region, are being allowed to leave work early or arrive late if they seek vaccination appointments individually.

”I’m thrilled that our local physician is on board and making this as easy as possible for our staff to get vaccinated,” she said. “Some are going as far as Westchester and Jones Beach to get vaccinated this weekend. We’re fortunate. We just have to wait for the doses to arrive.”

Springs also announced it will bring back its third, fourth, and fifth grades for four days of in-person classes starting tomorrow and its middle school students starting in February, but the move was not met with universal approval from the community. One parent called into the meeting to say she and many others object to the plan based on what they feel is a safety risk posed by rising virus numbers in the community.

The Springs and Sag Harbor School Districts both announced this week that they will be developing Covid-19 testing plans for students and staff.

According to Ms. Winter, surveys indicated more than 20 percent of the school’s 782 students and staff members are willing to get tested.

The Springs community at large has had some of the highest virus numbers seen in East Hampton Town since the start of the pandemic, but lacked a specific test site until a one-day clinic was set up earlier this month by Organizacion Latino-Americana of Eastern Long Island in partnership with Suffolk County.

”At this time, I think it would benefit the Springs community as a whole if Springs School would voluntarily test its staff and its children,” Ms. Winter said Monday.

The Sag Harbor School District will also put a voluntary testing program in place within the next two weeks. Specific information, and consent forms allowing the testing to occur, will be provided to the community soon, Jeff Nichols, the district superintendent, told the school board on Monday.

The district is planning to work with Enzo Clinical Laboratory, a private lab that has a license to conduct testing in school districts. “I’ve spoken to the superintendents, who said they were excellent to work with and the process was pretty seamless,” Mr. Nichols said.

The district would test 150 staff members and students every two weeks with PCR tests -- the type that is a nose swab rather than a nasal cavity swab. Tests would be covered by health insurance or by the school district if a person lacks insurance, at a cost of $85 per test. The only other potential cost to the district, Mr. Nichols said, would be busing students to an on-campus test site, the location of which has not been announced.

The initiative had support from the majority of the school board.

”I’m a supporter of proactively testing even if it’s not necessary,” Chris Tice, a board member, said. “It’s a way . . . that we can ensure the safest environment possible . . . and if there are issues, we will find out earlier.”

Alex Kriegsman, another board member, lauded Mr. Nichols’s initiative and said the school staff has been doing “an amazing job.”

”These are really difficult decisions to make every day,” Mr. Kriegsman said.

The testing announcement came roughly seven days after Mr. Nichols had directed all classes to be held virtually for a week. The delayed return to school, coming on the heels of the almost two-week holiday break, bought the district some time as Covid-19 levels continued to fluctuate in Suffolk County.

This week, it was the East Hampton School District that opted for virtual learning at the high school and middle school after a spate of positive Covid-19 cases were reported between Jan. 4 and Jan.8. On Wednesday, the district extended that closure to Jan. 22, and is also closing John M. Marshall Elementary School for six days week, starting tomorrow, because of teacher shortages.

The John M. Marshall Elementary School was open for in-person classes most of this week, but had at least six active Covid cases and 45 students in quarantine as of Jan. 8, Karen Kuneth, its interim principal, reported. Those cases resulted from Christmastime gatherings, “and we haven’t even begun to see the results of those who attended [New Year’s Eve] parties,” she said in an email to parents on Jan. 8.

On Wednesday, Ms. Kuneth announced that there were still more new cases of the virus in students at the first and second grade levels. Two entire classrooms, one first grade and one second grade, are to be quarantined. Additionally, she said, there is a kindergarten teacher who tested positive, but had not been at school recently, so no quarantines are needed in that case.

”Unfortunately, at this time our schools are continuing to see a dramatic uptick in the number of positive Covid-19 cases among our students and staff,” Richard Burns, the district superintendent, wrote in an email to families on Wednesday. He pleaded with families to “limit social gatherings during these difficult times” and said that the district has “yet to see an even more dramatic and anticipated increase in positive Covid-19 cases as a result of holiday gatherings and travel.”

East Hampton had been the first local school district to implement a widespread testing program for its students and staff, doing so in early and mid-December. It found zero positive results out of the approximately 300 tests that it gave to staff and students in partnership with Suffolk County. Farther west, Hampton Bays and Riverhead schools also conducted testing when those communities were designated yellow zones.

But despite the fact that the district crossed the 100-case mark this week — it has reported 102 cases since the start of school in September — East Hampton is not eligible for another round of county testing, Mr. Burns explained on Tuesday. “It’s being diverted to other school districts, but we are making a strong push to get vaccination under way,” he said.

Wendy Geehreng, a school nurse and Covid-19 logistics coordinator in East Hampton, said she felt some measure of relief after getting the first dose of the vaccine last week at the Stony Brook Southampton Hospital Annex. She anxiously awaits her second dose. Until then, she said, “I was really impressed with the setup they had at the Annex. There was a line, but it moved fast, and everyone was distanced. . . . It was sort of a glimmer of light in a dark tunnel.”

When the school personnel are vaccinated, Ms. Geehreng said, “it will allow us to be able to do our job the way we want to do it.”

Through Monday, the most recent day for which information was available in the state’s school Covid-19 database by press time, the Springs School had 24 cases and the Bridgehampton School 22. Sag Harbor and the Montauk School had 16 cases each, while the Amagansett School had six. Wainscott has reported four and the Sagaponack School has still not had any cases. The database is publicly available online at schoolcovidreportcard.health.ny.gov.

Project Most, which runs after-school programs at the Springs School and John Marshall schools, confirmed Wednesday that a group leader at John Marshall has tested positive for Covid-19. “We worked closely with the East Hampton School District doing contract tracing and families were notified if they needed to quarantine,” said Rebecca Morgan Taylor, executive director of Project Most.