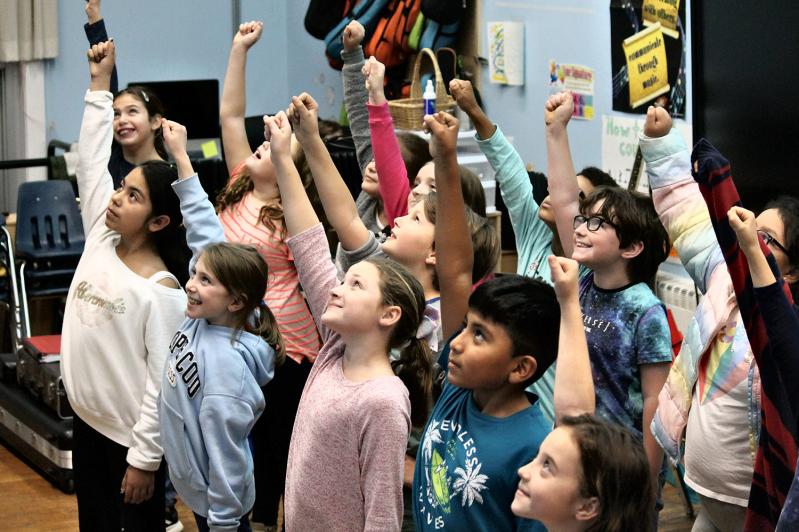 The 80 children in fourth grade at the Springs School will once again write, produce, and perform the annual opera, which was canceled last year because of the Covid-19 pandemic.

During Monday's school board meeting, a brief discussion over whether to move the opera to fifth grade instead ended with the decision to maintain it as a fourth-grade tradition. Teachers had suggested the fifth grade move because there are 58 students at that level, which would have been easier for them to manage amid the lingering effects of Covid-19, and because those students missed out on last year's opera.

To make up for that, the school board decided to open up the middle school play to include the fifth graders so they can have that performing arts experience.

The Springs School Board on Monday accepted a retirement letter for Mike Henery, its business administrator, who will stay in his post through the end of the school year.

Mr. Henery said that having had Covid-19 earlier this year continues to impact his health, and that he and his wife are planning to spend more time with their grandchildren.

His fellow school administrators credited him with excellent handling of the district's budgeting and other financial practices. "Mike, we wish you the best in retirement. We're so grateful that you were here," said Debra Winter, the district superintendent.

Springs is now one of two districts in the town seeking to replace a finance officer. East Hampton recently accepted a retirement letter from Deirdre Herzog, who has served as district treasurer for 29 years.

With an official ribbon-cutting ceremony on Monday, the $23 million expansion and renovation project at the Springs School has officially moved into what's known as the "punch list" phase, in which contractors deem the construction substantially complete and begin wrapping up any last-minute and outstanding concerns that teachers and administrators identify.

Among those concerns are the installation of new doors in several places in the school and of garage doors for the bus drivers' facility elsewhere on campus. Also to be resolved are parking lot light timers, new roof gutters for the building, landscaping and athletic field flooding, the school's telephone system, and the completion of the business offices. The latter is expected to wrap up around Veterans Day, when business officials will move out of the leased trailer building on campus.

Mike Henery, the district's business administrator, said while those items are the responsibility of the contractors, there remains about $180,000 left in the budget for any extra "wish list" projects that administrators feel the school needs.