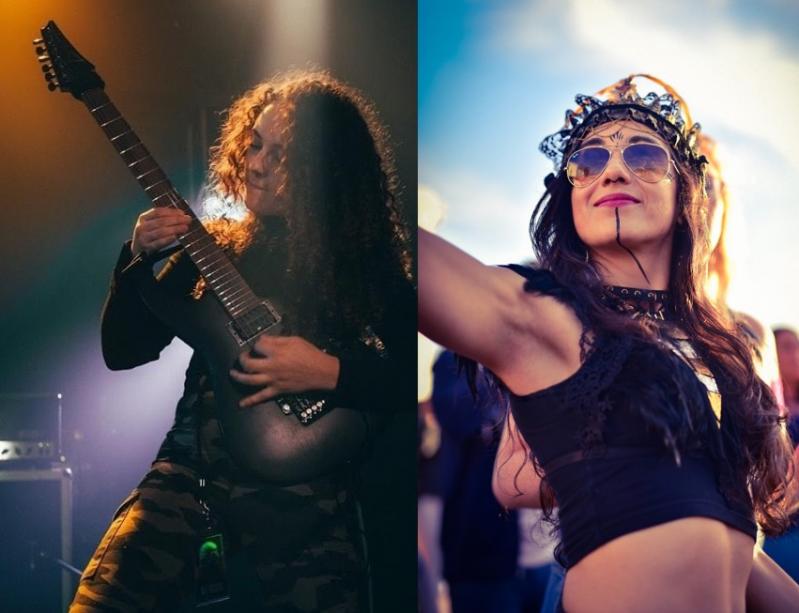 "It's going to be the hardest winter ever," said Minerva Perez, executive director of Organizacion Latino Americana of Eastern Long Island, in a recent phone interview. The nonprofit group is tackling the Covid-19 pandemic from all angles — "anything that's got a Covid stamp on it" — including a continued focus on food insecurity and a new campaign to support Latinx youth, who Ms. Perez says are feeling particularly isolated right now.

"It's about access to support. It wasn't good before Covid," she said. "There is a lack of Spanish-speaking social workers and therapists. Speaking about matters of the mind and soul in a second language is hard."

OLA is planning a virtual, all-ages concert on Tuesday at 7 p.m. Dubbed "Myth and Motion, Mito y Movimiento," the free show will feature original music and dynamic performances by Skylar Day, who is Ms. Perez's daughter, and Mila Tina, a Chilean-American D.J., percussionist, educator, and visual and martial artist. Tickets are available at ola-mythandmotion.eventbrite.com.

The concert's theme is one of "dark and light," Ms. Perez said. It is for young people "who are feeling real concern, fear, anxiety about what in the world is going on, and what is their place."

To collect data and anecdotes, OLA has created an anonymous survey for adolescents, teens, and young adults up to the age of 30, available in both English and Spanish at surveymonkey.com/r/6PTXXJ2. The group has received 73 responses so far and is holding the survey open through September because it wants to gather even more. Based on the data it yields, OLA will create additional advocacy and action plans.

"The survey is basically a pretty broad needs assessment," said Maya Jotwani, a summer East End resident and Pomona College student who is interning with OLA. "Mental health is becoming an increasingly important issue, and we're seeing the disparities in a clear way."

Social media outreach and a video campaign are in the works about "breaking the stigma" and "straddling the cultural landscape" of talking about mental health, Ms. Perez said.

Those data aren't broken down by race or ethnicity, or by residence in rural areas, both of which, experts say, can further complicate getting help in general. The National Alliance on Mental Health has said "many unique barriers to care" result in the statistic that 33 percent of Hispanic or Latinx adults receive mental health treatment each year, as compared to 43 percent of all adults in the U.S. And for Latinx youth, according to the nonprofit organization Salud America, 22 percent have "suicidal thoughts or depressive symptoms."

"One-third of our kids do not get the clinical services they need or could need and less than half are accessing our services," Dr. Amelie Ramirez of Salud America told a Texas TV station, KSAT, in 2018.

OLA's latest efforts are "acts of social change," Ms. Perez said. "I don't care about 'trying' to do it. Do it."