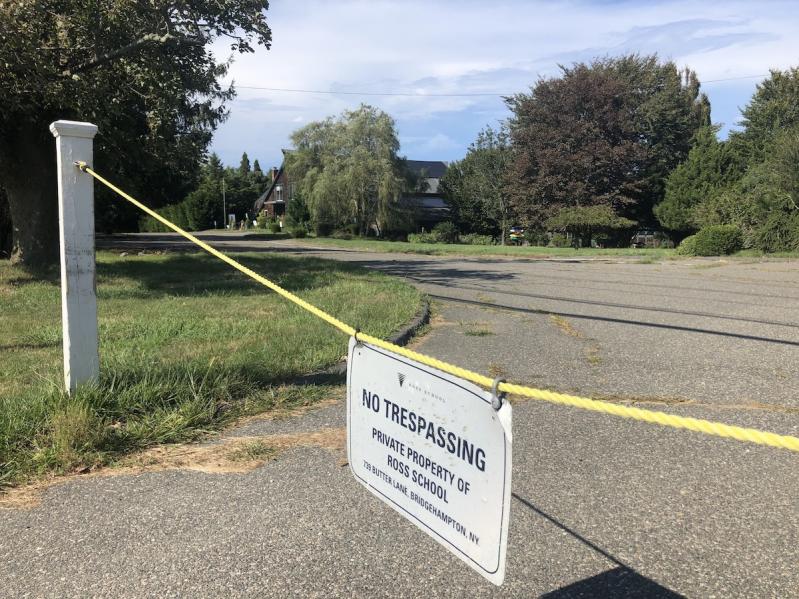 Because the pandemic has boosted its enrollment across almost every grade level, the Ross School will use its former Lower School campus on Butter Lane in Bridgehampton, which it had put up for sale in early 2019, in addition to its East Hampton campus.

Listed at one time on OutEast and other real estate websites, the most recent asking price for the 8.43-acre campus — with 43,523 square feet of space in multiple buildings — was $6.95 million. When it first went on the market, the school was asking $9.99 million for it. According to OutEast, the listing was removed in February this year.

Andi O'Hearn, Ross's director of advancement and operations, confirmed Friday that the Butter Lane campus will be reopened for the prekindergarten children through at least third grade, because of "expanding numbers in all of those grades."

"After the governor released the regulations that we had to be six feet apart with masks, it cut the density of our East Hampton campus and really had us take a second look at the Butter Lane campus, which is a campus we love, and it is almost Covid-perfect," Ms. O'Hearn said in a message to The Star.

Each classroom has its own sink and bathroom, as well as direct outdoor access, she said. The spacious campus will also allow for tents to be erected.

Avenues: a World School, a new private, for-profit school that has arrived on the East End, confirmed in June that it had looked at Ross's Butter Lane campus as a potential location, but ultimately decided to lease space in the Hampton Country Day Camp in East Hampton.

"It is really going to allow us to isolate our littlest ones and keep them as safe as possible, so we are very excited and very thankful that we didn't rent it and that we didn't sell it," Ms. O'Hearn said. "It will still be up for sale, but any purchase would be contingent upon us completing the year."

Total enrollment at Ross is expected to be 414 students, school officials said last week. That's up from about 350 students in September of 2019 and includes mostly day students. There will be approximately 50 fewer boarding students; last year, there were 106. With class sizes at approximately 11 students each this year, additional teachers have been hired and most of the elementary grades will have two sections each. Ms. O'Hearn said that has largely not been the case since 2009.

Also last week, the school announced that 11 students have lost their financial aid "due to an overwhelming demand for it this year because of the coronavirus."

Several parents are organizing what they're calling and "Emergency Financial Aid Fund Art Sale" starting Tuesday this week, featuring work by more than 30 well-known artists who will donate 100 percent of the proceeds of sales to the families in need. A recently established relief fund has raised around $50,000 toward a goal of $304,000, and can be found online at ross.org/emergency-fund for those who are interested in contributing.