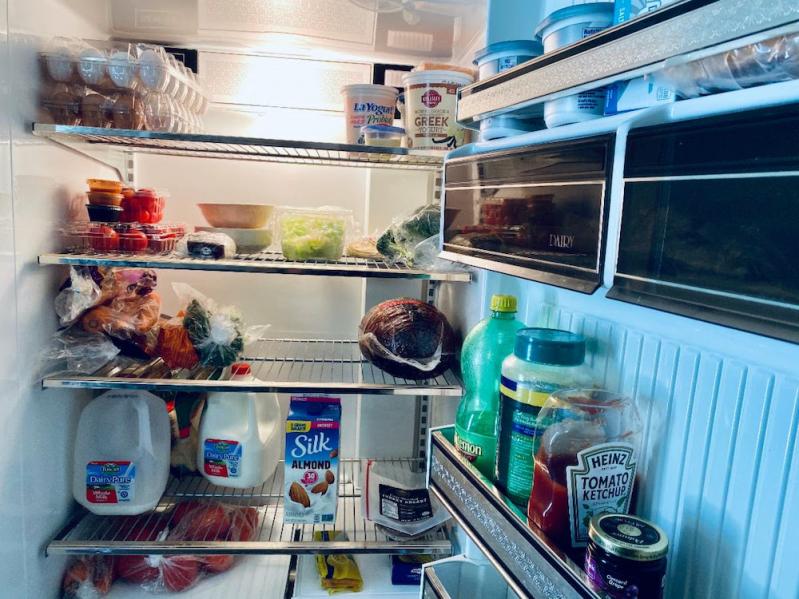 The Guild Hall Teen Arts Council has a new video installation, from which a still is pictured above.
Tiffany Farez
By Christine Sampson

The latest project by Guild Hall’s Teen Arts Council interprets the world of quarantine and the process of reopening amid the Covid-19 pandemic through the eyes — and camera lenses — of local youth.

Titled "RE," a series of four short films is being projected on the windows at the back of Guild Hall Fridays through Mondays from sunset to 11 p.m. Its timing is perfect — the screenings began on June 26, the day Guild Hall reopened its museum. "RE" will be shown through July 13.

"I think the goal of the project was to basically show signs of reopening and regrowth, people reuniting back at Guild Hall, and everything kind of going back to normal in some sense," said Anni Spacek, a rising East Hampton High School senior. "I wanted to show that through images and leave it up to the viewers to kind of interpret it for themselves."

"They wanted to do a short film festival with films about reopening and restarting and reconnecting. As we started to search for already-made films, the question came up: What if we did our own?" Mr. Madonna said. "I often ask questions and give guidance and prompts. I jumped in to say, 'You can look to filmmakers for examples, but how can you take your idea and transform it from thought to production?' "

Imagery in "RE" includes a refrigerator going from completely empty to completely full and paired images of city skylines and empty beach landscapes.

The project also serves as the final work by several Teen Arts Council members who graduated from high school in the last week. Mr. Madonna said the group is now accepting applications for students who are interested in taking part. They are paid positions in which students create programming for their peers and advise Guild Hall's curators and administrative staff on youth perspectives.

Students on the Teen Arts Council also take part in internships at Guild Hall. Ms. Berrezueta raved about her marketing internship there, saying it will help her in college and beyond. She will attend the Fashion Institute of Technology starting in the fall to study advertising and communications.

"It was very inclusive and nice. I felt welcomed. It was really fun to meet new people — I got to meet the guy who posted the banana on the wall," Katheen said of Maurizio Cattelan and his work at Art Basel Miami Beach, "and it was fun to collaborate with other people and make things happen. In a nonprofit, you're constantly hustling, but it's for a good cause. You're doing it for the people."

Ms. Grover described the young people on the Teen Arts Council as "ambassadors," saying, "This particular training shows you can work within an institution. You have good collaboration skills and communication. It's hard, when you’re 14, to get a job. Who wants to hire a 14-year-old? Well, we do."

Those who are interested in taking part can send an email to Mr. Madonna at [email protected]. Applications are due on Aug. 10, and interviews will be in late August.