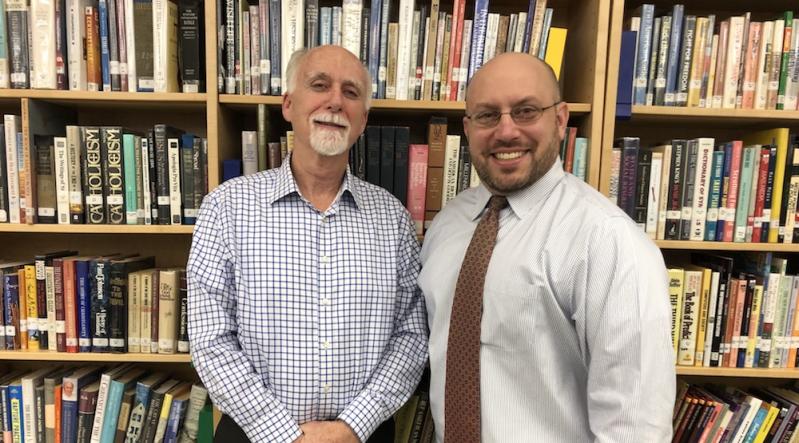 Adam Fine, who has championed school safety, academic growth, and mental and physical health for teens during his 10 years as the East Hampton High School principal, will take over for Richard Burns as superintendent in the 2021-22 school year, the district announced Tuesday.

Mr. Fine will first spend a year as the East Hampton School District's assistant superintendent, filling the role currently held by Robert Tymann, who will retire in June after nine years with the district.

"Adam has big shoes to fill," said J.P. Foster, the school board president, during Tuesday night's meeting. "There is a lot of work and a lot of ground to cover. We're putting our trust in Adam to move forward. . . . I'm proud to say we're going to have someone from the principal's position who will move up. You can't just get it because you're here — you've got to be good."

Mr. Fine was previously a principal in the Southampton School District, and has been credited with helping to stabilize the leadership in East Hampton.

"This place is part of me," Mr. Fine said. "I really appreciate this. This has been three years of discussions. . . . I'm super motivated, super pumped.

Dr. Tymann has been credited with, among many accomplishments, working hard to ramp up the district's science and technology offerings. Christina DeSanti, the school board vice president, said the programs are "stellar" now.

"You were a major force behind what has happened in this district in the last nine years," she told Dr. Tymann. "Everything was executed quickly, effortlessly. When we asked you to get something done, you got it done. We all felt a sense that we could rely on Bob, and we tasked you with some really difficult things."

The board voted 6-0, with Wendy Geehreng absent, to accept Dr. Tymann's retirement letter. A formal school board resolution approving Mr. Fine's new position is forthcoming. School officials said Tuesday that while the high school principal's job will be posted publicly, they are hoping to find qualified internal candidates.