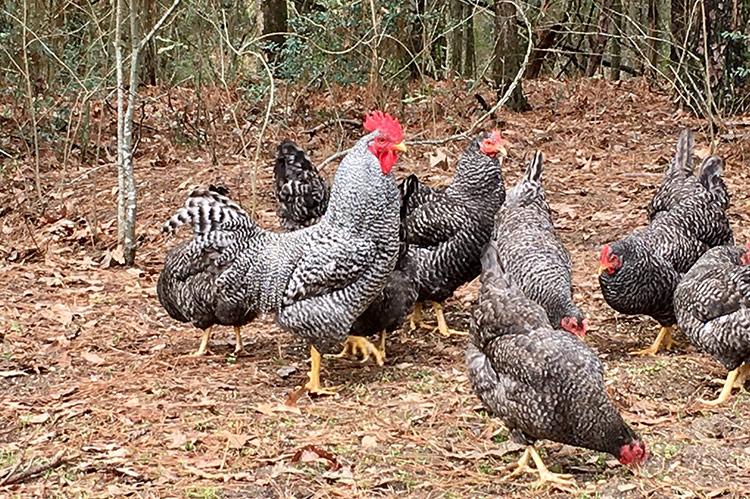 It’s been two years since the Bridgehampton School established a career and technical diploma track in agriculture, and students in the program now hope to hatch a new animal science program to go along with it.

With a plan they have dubbed “the Hen Hive,” the students want to build a coop and raise chickens.

“Why chickens? A flock will expand on Bridgehampton’s already innovative agriculture program,” Madeline Grabb, a senior who has been accepted at Stanford University, told the school board on Jan. 22. “It will provide farm-fresh eggs for the school’s cafeteria and culinary program, and will promote sustainability. In this day and age, it is such an important skill to learn.”

Madeline, who attended the Hayground School before Bridgehampton, told the school board that raising chickens at Hayground had been a great experience.

Max Tiska informed the board that students want to raise barred Holland chickens — specifically, nine hens and one rooster.

“Right now it’s classified as highly endangered and on the verge of going extinct,” said Max, who has received a congressional commendation to enroll in the Naval Academy. “We wanted to try to bring back this species. They are prolific egg layers, laying 200 to 300 eggs per year. They’re also very calm and friendly to humans. They don’t mind people walking around them, and they’re very good with kids. They are winter-hardy, and can survive ice-cold temperatures.”

The students, who include Anthony Cabrera, a captain of Bridgehampton’s boys basketball team, have obtained a grant that would cover the cost of a pre-built chicken coop, about $6,500. They are waiting to hear back about two more grants that would cover the rest of the anticipated costs, about $3,000.

They would need the approval of the administration to set up the coop on school grounds. The idea is that it would be near the greenhouse, inside the deer fence that protects the school garden.

Judiann Carmack-Fayyaz, who oversees the school’s agricultural diploma certification program and teaches a class in the foundations of agriculture, would supervise the students.

“Our agricultural class has done a lot of research on chickens, raising chickens, what it would take to have a coop, and some of the risks and rewards,” Ms. Carmack-Fayyaz said.

The administration is doing everything it can to help make the animal science idea a reality, Robert Hauser, the district superintendent, said on Monday. He said he and Michael Miller, the school principal, were “very interested” when they first learned of it about six weeks ago.

“It’s always difficult when a program pops up midyear, after the budget is done, but the fact that they were successful in obtaining that grant makes a big difference,” Mr. Hauser said.

“I’m really all for anything that gets our kids engaged in learning,” Lillian Tyree-Johnson, the school board’s vice president, said. “I am a vegan, so it’s not for the eggs that I would be excited, but the idea of creating something new is pretty exciting to me.”

Also at the meeting, Ms. Carmack-Fayyaz updated the board on Team Supreme, Bridgehampton’s robotics club, which is preparing for a competition in Orlando, Fla., in March. The team needs to raise about $20,000 for the trip and

is seeking contributions from sponsors

in the business community and other supporters.

Donations can be sent to the Bridgehampton School Foundation, attention: robotics, 2685 Montauk Highway, Bridgehampton 11932. Those seeking more information can send an email to Ms. Carmack-Fayyaz at [email protected].