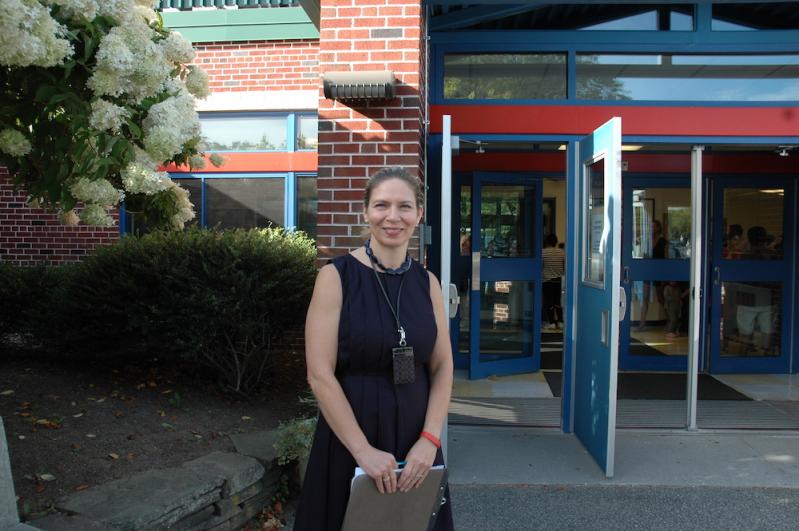 Beth Doyle on the first day of school in 2014.
Carissa Katz
By Christine Sampson

Beth Doyle, who has served as principal of the John M. Marshall Elementary School for more than seven years, has resigned to accept an assistant superintendent position in the South Country School District.

John Marshall "will always have a special place in my heart," she said in an email to The Star on Sept. 30. "My daughter goes there, for goodness sake! There is a dedicated team of professionals there that I was grateful to work with each day. I will miss the staff, families, and, most especially, the students."

Ms. Doyle, whose husband, Michael Guinan, is an assistant principal at Pierson Middle and High School in Sag Harbor, said she feels the school "is in a good place" and that it is an okay time to leave.

After two cases of Covid-19 popped up in the school within one week, she dispelled a rumor that her departure was related to the virus.

"The district is working on a transition plan," Ms. Doyle said. Russell Morgan, the assistant principal, "is highly capable and I am confident in his leadership to see through a successful transition."

Richard Burns, East Hampton's superintendent, said by email on Tuesday that the administration and school board have not yet discussed finding Ms. Doyle's successor.

Ms. Doyle has been known for her wellness initiatives and for co-piloting the dual-language program in which kindergarten and first-grade students spend fully half their school day learning in Spanish.

"We wish Beth and her family well," J.P. Foster said on Sept. 30. "The elementary school has had many achievements under her leadership -- it's been a good run."