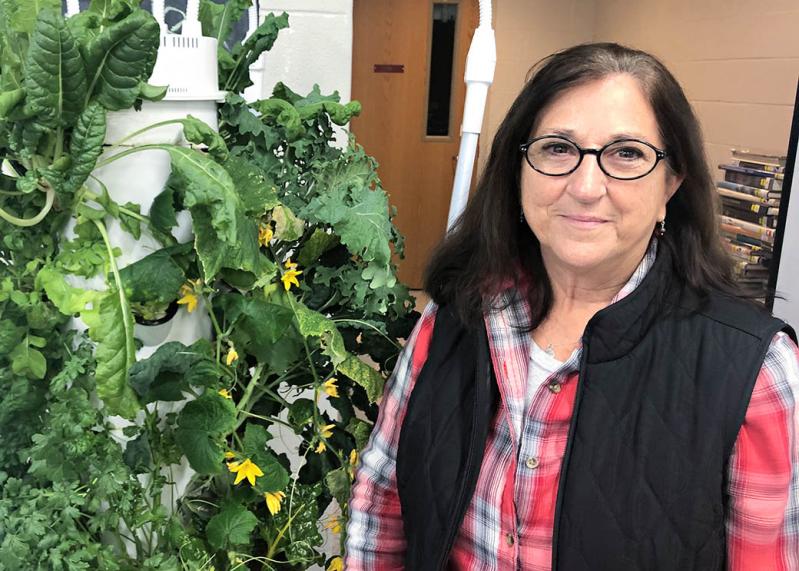 Christmas came early for 10 teachers in the East Hampton and Springs School Districts this year, after the Greater East Hampton Education Foundation announced the winners of its annual grant program earlier this month.

Nancy McMullan, president of the foundation, said the grants are awarded to teachers whose ideas and projects will impact the most students, and reach them in innovative ways. This year’s teachers prepared “really great” proposals, she said.

“It has to align with going above and beyond regular education opportunities,” Ms. McMullan said. “We’re creating unique opportunities that are outside the budgetary capabilities of the schools. This is like seed money — it’s for things that can kind of continue to go on, not just a singular thing that happens once and is done. We have some energetic teachers who are devoted and passionate about their students.”

Kathleen Comber, a Springs School librarian, received a $2,000 grant from the foundation to purchase 10 virtual-reality headsets to use with an app called Google Expeditions. Some of her students got to test out the equipment recently, and were clamoring for more.

“You can use it to go on a trip to the Great Barrier Reef to explore coral, or you can visit Jupiter using the Juno space probe,”

Ms. Comber said. “You can explore the way different cultures dress or explore math concepts on the Eiffel Tower through seeing it visually in this V.R. experience. It’s really exciting.”

Nearly speechless, she said she is extremely grateful to the Greater East Hampton Education Foundation. “It will bring 21st-century technology into students’ hands so they will get the opportunity to experience these things they might not otherwise get to experience. I’m hoping that the technology for them will bring to life some of the things that they’re learning about. . . . They can really engage with what they’re learning.”

Jodi Hallman, who teaches math at Springs, also received a $2,000 grant. She will purchase “math and movement” mats that can be used by students in almost every grade and at every ability level. The mats have giant numbers, lines, and grids, Ms. Hallman explained, so that kids can get up and move around, stepping or jumping from number to number. Other teachers will also be able to borrow the mats to use, and parents can expect to see them and try them out, too, at future events.

“They’re physically hopping backward if they’re subtracting, they’re hopping forward if they’re adding,” Ms. Hallman said. “The tools that would be small are actually super-sized now. Anytime kids can have something super-sized, life-sized, is kind of exciting for them. The G.E.H.E.F. has been so, so generous with the Springs School. We’ve been very lucky.”

Altogether, the foundation awarded about $12,000 in grants. A majority of the proposals focused on STEAM curriculum, which stands for science, technology, engineering, arts, and mathematics.

At East Hampton High School, Karen DeFronzo, a library aide who has been with the school district for 17 years, requested money for tools and materials to relaunch the Garden Club and help the students learn how to grow food in the school garden. The foundation awarded her $667, which will pay for shovels, gloves, trowels, 10 yards of compost, “and various things that will make our job easier,” she said. “It’s a lot of work. This gives us a jumpstart.”

Ms. DeFronzo, who ran a similar garden program for the last five years at the John M. Marshall Elementary School before recently returning to the high school, said kids can learn so much from gardening.

“It gives them an appreciation for nature,” she said. “It’s so important to get outside, to get dirty. They learn where their food comes from. The parents tell me the kids want to start their own gardens at home. It also has a calming effect for certain children.”

Last year, the G.E.H.E.F. awarded Ms. DeFronzo a grant to install lights on a tall, indoor “tower garden” that had been previously donated to the school by alumni. It is thriving, with spinach, kale, arugula, cilantro, basil, Swiss chard, and cucumber growing in a corner of the school library. They are literally the fruits — and vegetables — of the foundation’s ongoing fund-raising efforts.

“I am so appreciative of them,” Ms. DeFronzo said. “They’ve always been so supportive.”