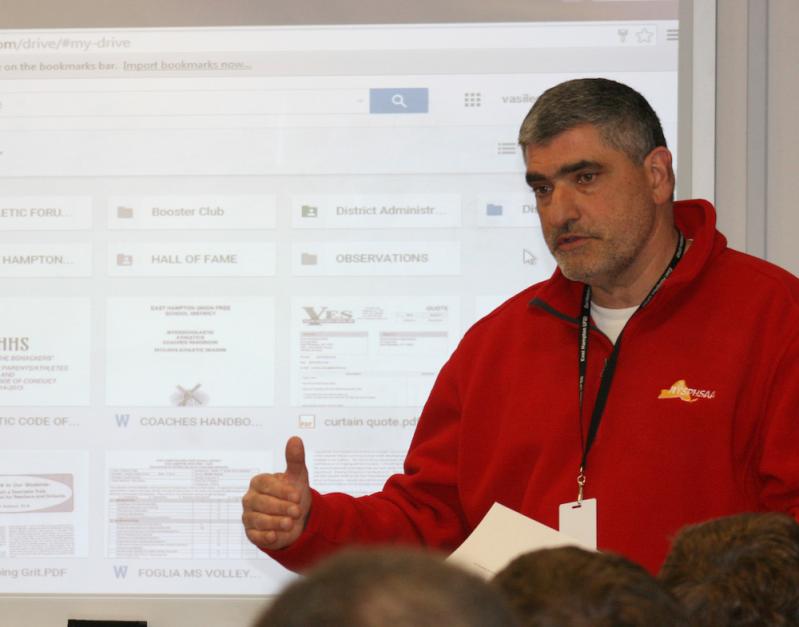 Nassau and Suffolk Counties’ Athletic Councils pulled the plug on the high school springs sports season on Tuesday, a “heartbreaking decision,” in the words of Section VIII’s executive director, Pat Pizzarelli, but one that was, given the coronavirus pandemic’s reach here, not surprising.

“It’s very sad . . . I feel so sad for the kids, my heart goes out to them,” Joe Vas, East Hampton’s athletic director, said the following morning.

He said he felt especially bad for the seniors. “As an athletic director you enjoy so much watching teams and individual athletes grow each year. It’s great to see that team chemistry develop — it’s a joy, and, happily, it’s part of my job. Now, we’ll never know.”

But, while heartbreaking, the decision had been the prudent one, he said.

Asked if he thought there would be a fall season, the athletic director said he didn’t know, given that “we’re all in this place that we’ve never been in before. I do know that we’ll recover, but at the moment there’s so much uncertainty. I know there are a lot of people trying to get this under control. I can’t thank the kids and the community enough for how hard they’ve worked, but I want them to stay safe.”

He had sent out emails to the high school’s seniors, asking them to send him photos of themselves in action so that he can make a video commemorating their senior year here.

He has also extended the deadline for Hall of Fame nominations. Once the football schedules come out, which is to be soon, a date for homecoming, a day that begins with Hall of Fame inductions, would be set. “But, if we have to adjust, we will.”

Photos of Bonac’s senior athletes and Hall of Fame nominations, can be sent to [email protected], and can be had through the high school’s website.

East Hampton Samples Are a Crucial Contributor to Lyme Test
Ready to Adopt a Pet? ARF Is Ready, Too
Guild Hall's Curator Visiting Studios Virtually Through June
Seeking Stories and Images From the Time of Covid
END_OF_DOCUMENT_TOKEN_TO_BE_REPLACED