‘Herd immunity’ without children ‘is unrealistic’ 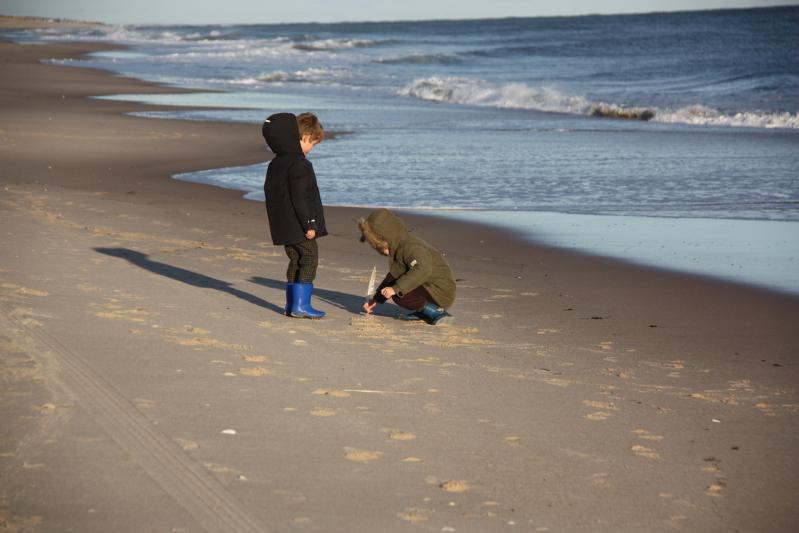 There is no Covid-19 vaccine approved yet for children 4 and under.
Durell Godfrey
By Christine Sampson

As Covid-19 hospitalizations among children skyrocketed in December, particularly impacting children who aren’t eligible for vaccine shots yet, health experts and educators are keeping a watchful eye and doing everything they can to keep kids safe.

“It’s tough,” said Tim Frazier, executive director of the Eleanor Whitmore Early Childhood Center in East Hampton. There’s no vaccine yet for the center’s 101 children, who are between the ages of 18 months and 4. “We’ve had an increase in the number of our students getting the virus than we had last year, even. It is concerning, but at the same time . . . we’re still being very cautious and trying to be as safe and protective of our children as we can.”

According to a new report by the New York State Health Department, for kids under 5 years old, hospitalizations rose by 791 percent from the week beginning Dec. 5 to the week of Dec. 26. Despite making up 26 percent of the population of children under 18 in New York, this age group made up 55 percent of new hospitalizations.

Through Jan. 1, hospitals saw a 91-percent increase in admissions among unvaccinated children between ages 5 and 11. Only 4 percent were fully vaccinated. In the 11-to-18-year-old age group, unvaccinated children made up 65 percent of hospitalizations. Seven out of 10 children were showing symptoms at the time of admission, the state reported.

“These observed trends in hospital admissions for and with Covid-19 among those 18 years and younger highlight the need to redouble efforts to protect the health of our youngest New Yorkers,” the state report says. “Vaccination of children remains a critical, highly protective strategy and should be combined with other measures to reduce exposure, such as mask wearing.”

The hospital closest to East Hampton, Stony Brook Southampton, is not a pediatric facility. The emergency department there is equipped to treat many conditions and kids are discharged with home-care instructions just like adults, a spokeswoman said this week. But for kids who require further care, doctors often use a telemedicine system to refer families to Stony Brook Children’s Hospital — some 40 miles west. This system was established in 2018.

Dr. Sharon Nachman, chief of the Division of Pediatric Infectious Diseases at Stony Brook Children’s, said the hospital has treated an average of 10 kids with Covid per day over the last several weeks. The Omicron variant is the dominant infection and presents itself all over the spectrum of severity, she said, and some children have even required intensive care treatment or intubation.

“We are absolutely seeing a lot more hospitalizations now than we did with the Delta strain,” Dr. Nachman said. “We’re seeing them come in different settings or scenarios: children who have Covid but they are in for other issues — a skin infection or a fracture — and then we’re seeing children with no underlying medical issues coming in sick. Perhaps the largest group has underlying medical issues and now they have Covid. . . . The vast majority of children coming in overall are not vaccinated.”

She also said school is “absolutely the safest place” for children because they are under adult supervision, they are wearing masks, and their whereabouts are almost always known.

“We don’t want to point any finger and say, ‘Aha, that’s where you got your infection.’ It’s more important to understand that the family and the medical team is a team working together to get the child better.”

Doctors and nurses at Stony Brook Children’s often discuss vaccines with parents, not limited to the Covid-19 vaccine, but also those for other illnesses, such as measles, mumps, rubella, hepatitis, flu, and polio. Dr. Nachman said it’s not evident yet whether the rise in pediatric hospitalizations is leading to the more reluctant parents choosing to vaccinate their kids.

“I think it’s really important that if you’re thinking about herd immunity, children are part of the herd,” she said. “Thinking that we will get to any type of herd immunity without including the children in our plans is unrealistic.”

At the Eleanor Whitmore Center, Mr. Frazier said that a two-day extension of the holiday break and the requirement of a negative Covid test to come back helped mitigate the spread of the virus. There have been four cases there since September 2021; none of the center’s children has been hospitalized, he said.

“The staff felt safer coming back after the break, knowing the kids had negative tests. . . . My biggest concern is keeping everyone safe so we don’t have to close. If my staff gets sick, we have very few options.”

The virus appears to have leveled off in school settings, particularly in the East Hampton School District. According to letters emailed by that district to parents, new cases were in the range of 20 to 40 per day from mid-December to early January, but have since dropped off significantly. Adam Fine, the East Hampton superintendent, said Tuesday that “we’re very optimistic that we’ve plateaued.”

The district has handed out more than 700 at-home Covid tests, and continues to do so each week since they became available to schools in late December.

“You might figure you hand out more tests and get more positives, because more people then have access, but we’ve not seen that,” Mr. Fine said.

Most districts here, including East Hampton, Sag Harbor, Montauk, and Amagansett, have maintained a 10-day quarantine and isolation policy for kids who contract Covid or are exposed to it. The Springs School switched to a five-day policy. Mr. Fine said the 10-day rule will be re-evaluated at the end of January to see if it still makes sense.

He closed East Hampton High School for a total of three days when cases spiked and too many teachers and staff members were out sick or quarantined. “I think it did good on several levels,” he said. “From a staffing perspective, it definitely helped out tremendously. It was like you’re fighting a battle and just getting whooped. To pause it a little bit worked. Moving forward, we look good . . . but the governor is saying we’re not out of the woods yet.”