So much illness one even closed for a day 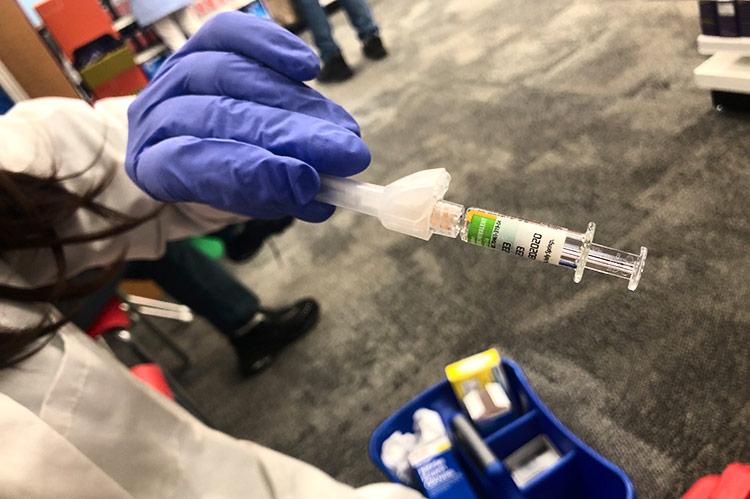 The pediatric flu season this year is shaping up to be an intense one, with local schools reporting dozens of confirmed cases of sick children being kept at home. The Hayground School, with just 80 students, was closed on Friday because so many kids had fallen ill or stayed home to avoid sickness.

“We do this every day, but I wanted the cleaning crew to be more careful and thorough — handles on doors, switches on lights, washing the toys and such,” said Marcelle Langendal, Hayground’s faculty chairwoman. “You’re contagious before you show the symptoms, from what I’ve read. I sent home lots of hand-washing instructions and a letter talking about what we were doing. We were sending home kids exhibiting symptoms.”

It’s not a universal experience. One Stony Brook Southampton Hospital medical professional said pediatric flu hospitalization statistics “are not substantially different from last year.” But, Dr. Fredric Weinbaum added, “Most of the kids that are being seen with flu are evaluated and tested in outpatient office settings, not the hospital.”

Based on the number of cases she has seen this year, Dr. Gail Schonfeld of East End Pediatrics suspects that flu season is, indeed, worse than in past years. “It’s been going on for a couple of weeks,” she said Tuesday. “I don’t know how much longer it’s going to continue. It’s always hard to guess.”

About half the cases she has seen are influenza B, whereas previously the influenza A strain was more prevalent.

“Unfortunately, influenza is highly contagious,” Dr. Schonfeld said. “The vaccine is the most effective prevention that we have, but it’s often not very effective. Hand washing is good hygiene but also not always effective. I think people are contagious before they feel sick, and so quarantining is not effective. Just keeping the kids out of school isn’t going to help. I don’t think we have any effective strategies for this, and it is frustrating because it does cause a lot of suffering.”

Richard Burns, superintendent of the East Hampton School District, said the flu seems to be hitting the John M. Marshall Elementary School the worst. Yesterday, the district reported having 74 confirmed cases of the flu among its 500 elementary students, plus six cases among staff members, since November.

“More students are reporting in sick than usual,” Mr. Burns said by email this week. “The middle and high schools report more of a typical flu season. Nurses believe their immune systems have had a better chance of building up.”

Still, Adam Fine, the East Hampton High School principal, told the school board on Feb. 4 that “we’ve had a lot of kids absent for extended periods of time. This is the worst I’ve seen it.”

“We continue to send notices to parents regarding the flu and what they can do,” Ms. Winter said this week. “Custodians have been wiping all surfaces, including handles and doorknobs, each and every evening. Over the winter break the custodians have been charged with taking special note of all surfaces again.”

Dr. Sharon Nachman, a professor of pediatrics and an associate dean for research at Stony Brook University Hospital, said flu cases in children are often tied to those of the grown-ups around them.

“There are probably more that we don’t know about,” Dr. Nachman said. Of those who died from the flu, “the vast majority were not vaccinated. Some had underlying medical conditions and some did not, but that hits us with a message [about vaccination]. Community protection really hits home quite hard.”

Both influenza A and influenza B are viruses, which means there is no antibiotic or magic prescription that will do the trick to get rid of them. Tamiflu helps, doctors say, but only when a patient is in the early stages of an infection.

“It’s got to run its course,” Dr. Nachman said.

At Stony Brook, she said, preventing the spread of the flu “is a full-court press.”

“It’s making sure your staff is vaccinated, making sure you have the ability to put patients in appropriate rooms, protecting the rest of the staff, wearing masks. It’s not one thing, it’s everything,” Dr. Nachman said. “If the staff is sick, who’s going to take care of the patients?”

Dr. Schonfeld said she urges people to get vaccinated for the flu — and it’s not too late to do so — even though it’s not always effective in preventing the illness.

“I’m feeling particularly frustrated, as a physician, that I don’t have better tools to prevent or treat this illness, which is so widespread and has been a problem for so many years,” she said. “I’ve lived long enough to see that happen for other illnesses, and I think it’s a matter of time, but I’m becoming very impatient. It’s been a rough week or two.”