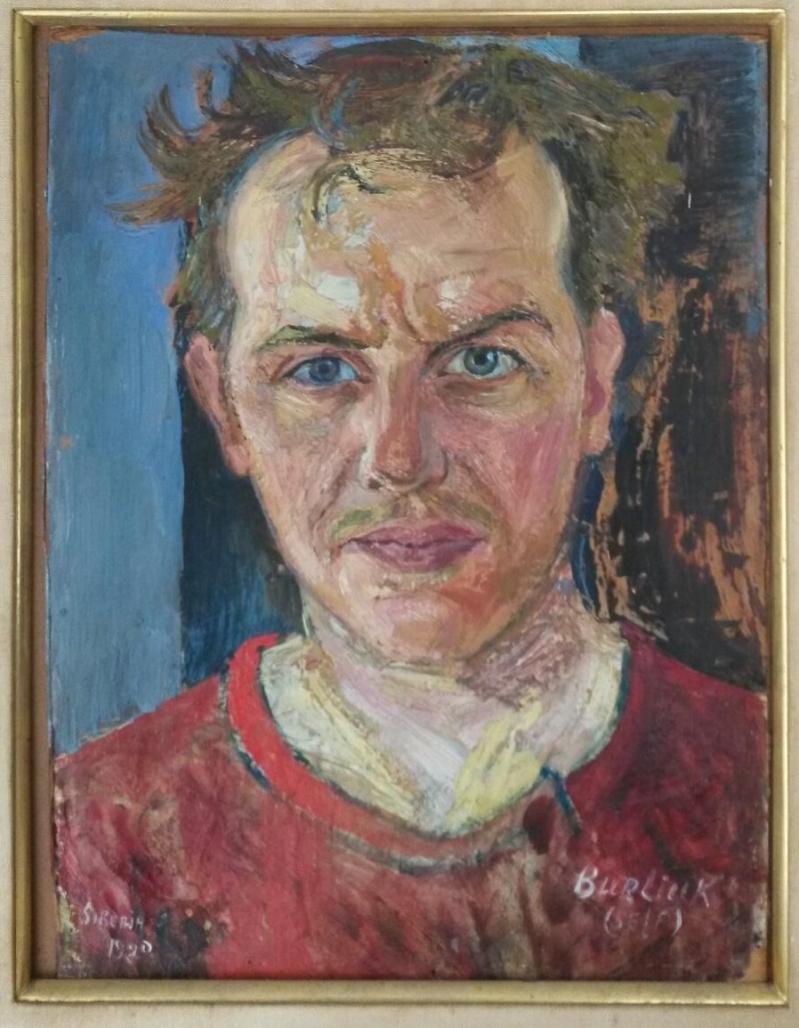 "Self-Portrait, Siberia 1920" by David Burliuk. Courtesy the Burliuk Foundation, davidburliuk.org. The painter’s house and studio have been preserved on Squiretown Road in Hampton Bays.

Sometimes time telescopes and a personage from one epoch appears in a contemporary context causing cognitive dissonance: Harriet Tubman, for example, lived until the age of the Model T Ford.

And so it was perhaps with some puzzlement, if not awe, that Hamptons art-world habitués must have regarded the Ukrainian poet and painter David Burliuk, the “Father of Russian Futurism,” when he appeared in the somewhat poky-prosaic setting of art openings at Guild Hall at midcentury.

Born in 1882 in the Kharkov region, Burliuk, who moved to Squiretown Road in Hampton Bays in the 1940s and died in 1967 at Southampton Hospital, was a lightning-rod avant-garde figure who authored radical manifestos that railed against reason, who was immortalized in verse by Mayakovsky, and scandalized polite society in 1914 by appearing in public in clownish getups with animals or branches painted on his cheeks — a proto-punk rocker.

In Hampton Bays, he gathered around him a summer colony of fellow emigé artists, driven from Europe by the perils of war and political persecution; his paintings no longer focused on themes of, say, mechanization or  dehumanization, but on the glory and peace of the surrounding landscape and seashore.  — EAST