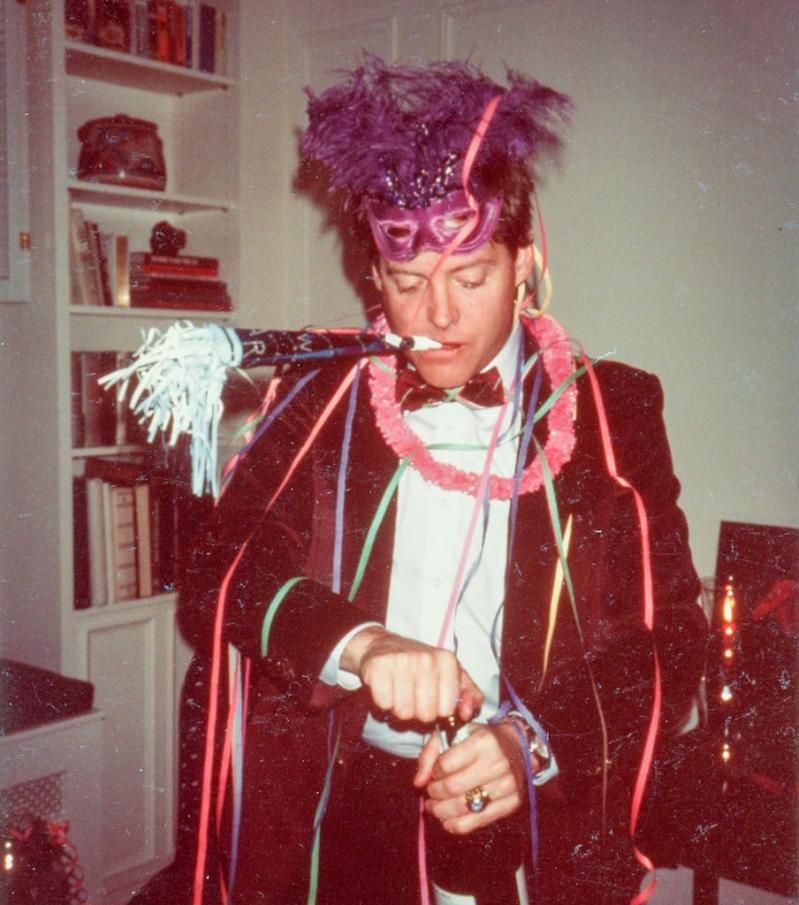 It has come to our attention that the kids these days, the college kids, don’t know what yer basic house party is. You remember house parties, don’t you? We do. But it’s been a long, long time since we cobbled together a makeshift bar on the kitchen counter with bottles of Stoli and Beefeater Gin — the jumbo bottles with the handle — and dumped bags of ice in the bathtub, and told everyone we knew to come over after dark to flirt in the crowded kitchen, rip off our sweaters in the living room to dance embarrassingly to Burning Down the House, and make out in the master bedroom, rolling high atop a hill of winter coats.

The kids these days don’t say “house party”; they call it an “open house,” as if it were an open-door real-estate showing hosted by their broker. Or, sometimes, jocularly, they call it “a function.” There’s usually a theme to a Gen Z party, like “Hawaii” or “Neon Nights.” And they maintain guest lists! They do. They send out invitations to their select “friend group” via Snapchat, to ensure the right crowd is let in, often with slick, nightclub-style graphics produced on a design app.

It’s all organized by iPhone, of course. Have you heard about the Project X high school party raids in the Midwest? Older kids find out on social media about younger kids’ functions, organize, infiltrate them like ninjas via skylights and basement doors, and take over total party control. In Holland, a 15-year-old Dutch girl’s birthday descended into a riot when her invitation was spread far and wide on Snapchat and thousands turned up. The partiers threw her furniture into the street to make a bonfire.

We are not fans of underage drinking, obviously. And here is where we, the adults, start in with the clucking and tut-tutting — but, actually? Actually, we understand why some of the younger generation have been going buck-wild. We are in the mood for a party ourselves. And not just any boring old, overproduced, New Millennium party: We are gearing up to revive the house party as we knew it back in the olden days. As the weather turns cold and wrathful — and the darkness closes in before the workday ends, and it’s the third winter since we first heard the dread word “coronavirus”  — we plan to find ourselves in an overheated, overcrowded kitchen, talking too loudly. Mom and dad are going to act stupid. It won’t be a cutely themed, Instagram-ready event but a rambling, shambolic, noisy gathering for all and sundry. Invite the mailman! Invite your ex!

Late November through January is the sweet spot. It’s the season to gather together again, and let our guard down. It’s time to argue about Modern art and which greasy spoon makes the best cheeseburger with a bearded stranger we met over a bowl of barbecue chips. The only two rules at our house party are: No Instagramming, and no TikToks. Check your iPhone at the front door. Toss it in the salad bowl on the side table and collect it again around 3 a.m. as you straggle to your Uber. We might do the Limbo — but you will never know unless you come. There will be lampshades and they will be worn on heads.